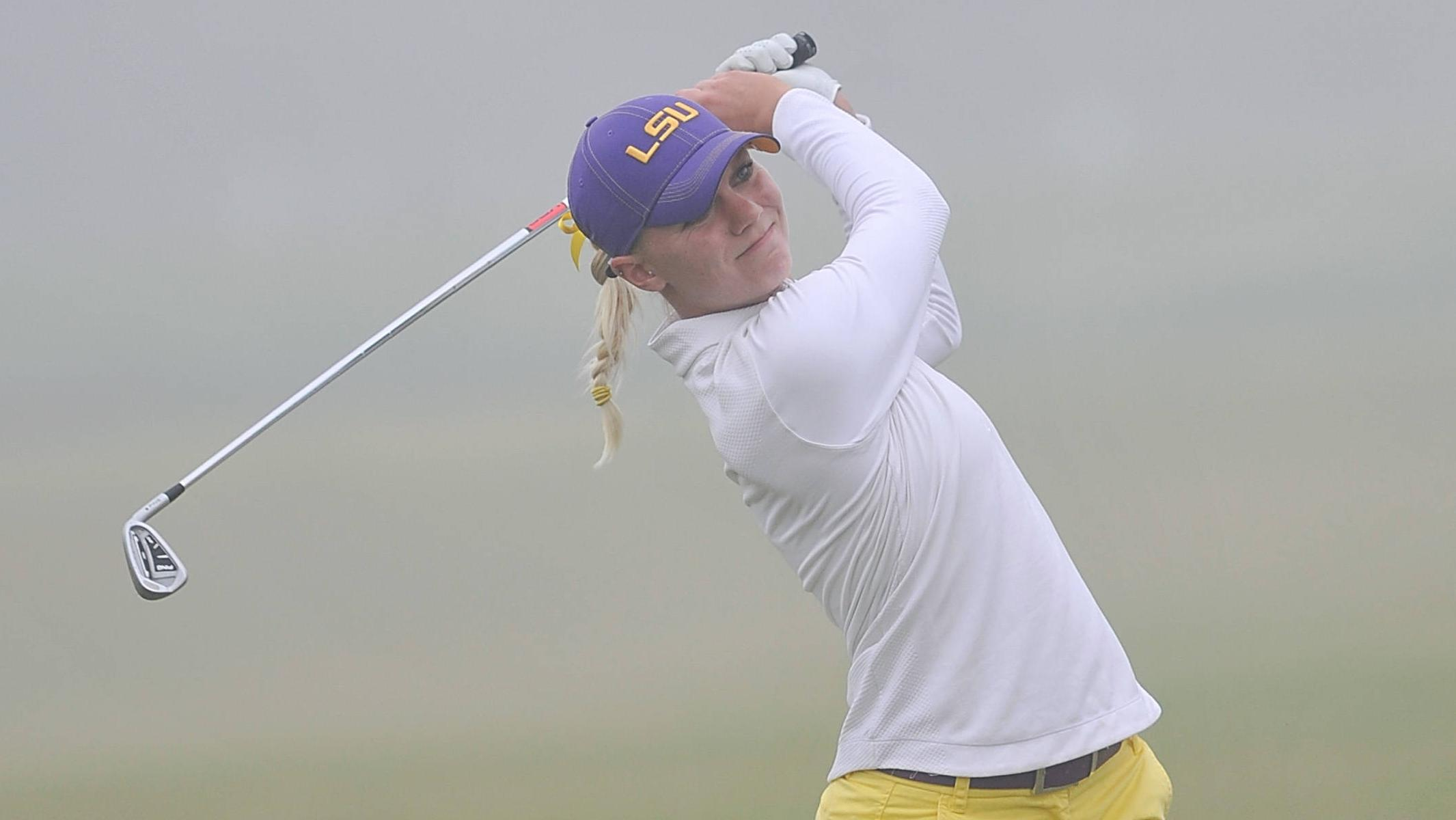 PALO ALTO, Calif. – The LSU women’s golf team begins its quest for a spot in the NCAA Women’s Golf Championships when it tees off here Thursday morning in the NCAA West Regional tournament at the University of Stanford Golf Course.

Thursday begins the three, 24-team regionals with the other events at Auburn and the University of Oklahoma. In all 24 teams will qualify for the NCAA Championships later in May at Athens, Ga. A total of eight teams from each of the three regionals will advance.

LSU is the 10th seed in the West Regional as the 30th-ranked Lady Tigers enter the regional round for the 19th time in the 21 years since the format started in 1993. LSU finished in a tie for first last year in the West Regional and second the year before in the Central Regional. The Lady Tigers will be looking to advance to the championship event for the fifth time in the last six years.

LSU will go with the lineup it has used in the last several tournaments with Swedish sophomore Madelene Sagstrom leading off, followed by junior Lindsay Gahm, junior Ali Lucas and freshmen Elise Bradley and Nadine Dreher.

Sagstrom, earlier in the week, received LSU’s 23rd first-team All-SEC honor for her season that shows three top five finishes and a 73.42 strokes per round average. Sagstrom helped LSU to the Championships with an eighth place finish at 217 (76-70-71, +1) in her first regional appearance a year ago.

Coach Karen Bahnsen’s Lady Tigers, in the top 12 seeds, will play in the morning wave on Thursday and the afternoon wave on Friday, trying to position themselves in the top 12 that will play together on the final day on Saturday where the top eight teams is usually decided.

However, a top eight seed is not a guaranteed entrance to the championships from the regionals. Since the 2008 season at least seven teams each year seeded outside the top eight have advanced, and in 2010 and ’11 there were eight teams.

“It’s a very good site,” said Bahnsen. “We are excited to be out here. We are very familiar with the golf course and we have had some experience there so I’m looking forward to having this team play the golf course and I think it will be great. It’s just a matter of us going out and playing some good golf.”

Gahm will be playing in her third regional, one with Indiana and one with LSU, while Lucas, Bradley and Dreher will be on the course for their first NCAA Regional.

Gahm averaged 74.58 for the Lady Tigers, while Lucas posted 76.52, Bradley 77.00 and Dreher 77.08. LSU averaged 299 as a team and has seven top 10 finishes in events this season with a second place best finish in the Darius Rucker Intercollegiate and a third in the LSU Tiger Golf Classic.

LSU will play with the 11th seed Denver and No. 12 seed South Carolina in the first wave off No. 10 tee on Thursday morning beginning at 9:30 a.m. CDT (7:30 a.m. PDT). Live scoring will be available at LSUsports.net through Golfstat.com.