Duncan Among SI's Athlete of the Year Finalists 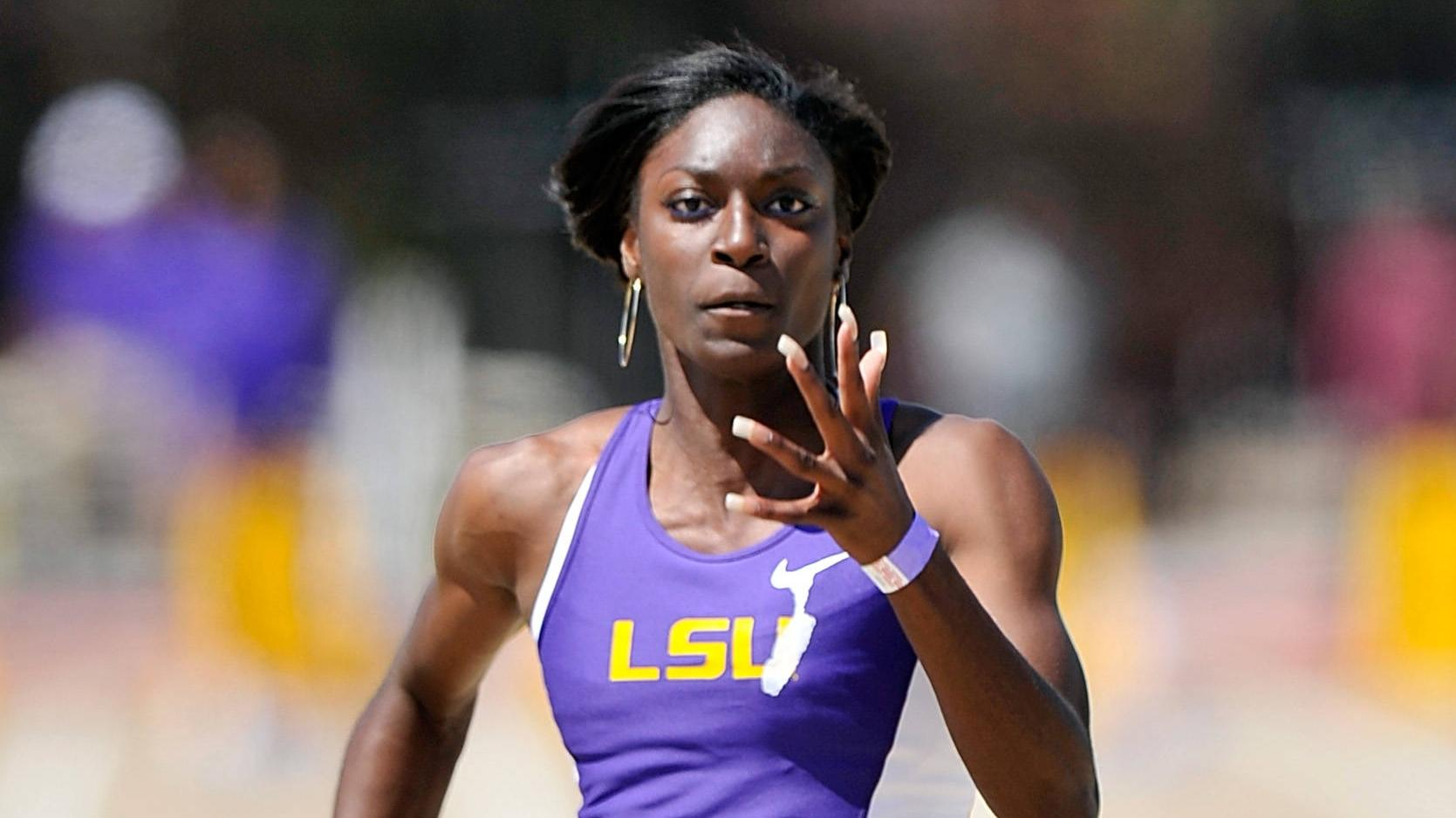 BATON ROUGE – As she prepares to defend her sprint double in the 100 meters and 200 meters at the SEC Outdoor Championships this weekend, Lady Tiger senior Kimberlyn Duncan learned Wednesday that she is among five finalists for the Sports Illustrated Women’s College Athlete of the Year award for the 2012-13 athletic season.

Sports Illustrated announced Wednesday exclusively at www.si.com its selection of five men and five women as finalists for its College Athlete of the Year award. Each finalist has demonstrated excellent performance on the field and in the classroom while also displaying sportsmanship and commitment to the community.

The 10 finalists, chosen by Sports Illustrated editors, include six seniors, two juniors and two sophomores who competed in the 2012-13 athletic season. The men’s and women’s College Athlete of the Year winners will be featured in the May 27 issue of Sports Illustrated, which hits newsstands on Wednesday, May 22. Profiles of the winners, including videos, will also be featured at SI.com on May 22.

Duncan is currently being featured among the finalists at SI.com as her profile written by Melissa Segura can be found at this link http://lsul.su/ZHVMdS.

Online fan voting for the SI College Athlete of the Year awards opened Wednesday morning as fans can log on and vote for Duncan as the women’s winner at the profiles page here http://lsul.su/YuF2cN.

The reigning Bowerman Award winner as the nation’s premier women’s collegiate track and field athlete in 2012, Duncan is poised to earn an unprecedented third career selection as a finalist for The Bowerman, which is track and field’s equivalent to The Heisman Trophy in college football. Duncan is the only two-time finalist to date in the now five-year history of The Bowerman.

The Katy, Texas, native was most recently named to the Bowerman Award women’s watch list for the 18th time in her collegiate career, which ranks second in all-time watch list selections.

She enters the championship season outdoors as the two-time defending SEC Outdoor and NCAA Outdoor champion in the 200-meter dash as she owns the nation’s second-fastest wind-legal run of 22.82 for the 2013 outdoor season. Duncan would also become the first sprinter in collegiate history for either gender to win three-straight NCAA Outdoor titles in 200 meters with a successful defense of her crown.

In addition, she is a national title contender in the 100-meter dash as the NCAA’s No.3 –ranked performer under all conditions with a seasonal-best wind-aided time of 11.06 in her victory at the Texas Relays.