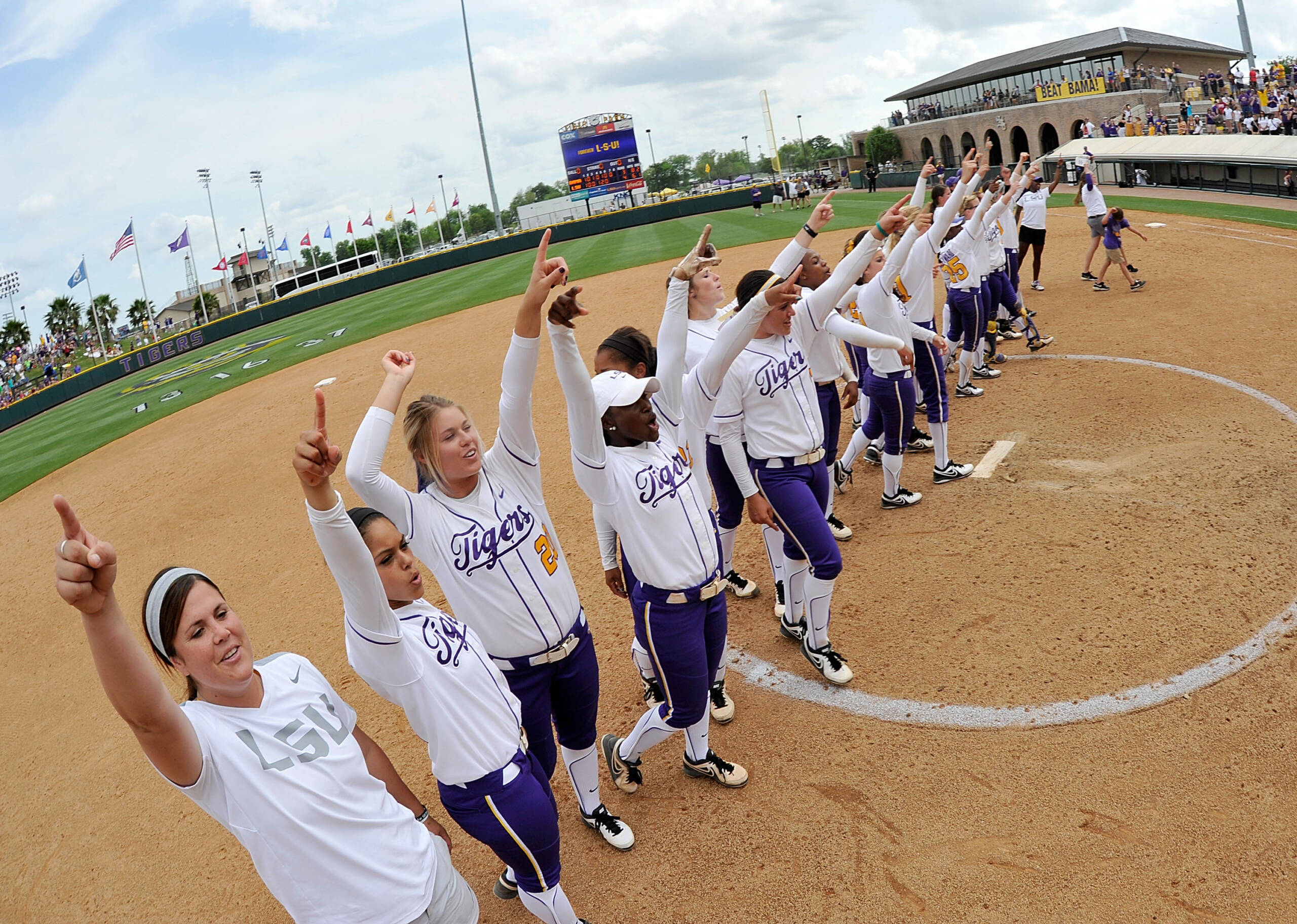 Notes on the Tigers
No. 8 LSU secured its SEC-leading ninth SEC Western Division title, the program’s first since the 2007 season. The Tigers finished in fourth place overall in the SEC race after LSU dropped its final two games of the regular season to Georgia. The two teams will meet again in Thursday’s quarterfinal round of the SEC Tournament. It marked the first time in program history that an opposing team was able to score 10 runs versus LSU in back-to-back games. The Tigers tallied a .290 team batting average during the regular season. The top three hitters in the batting order – A.J. Andrews, Jacee Blades and Bianka Bell each turned in over a .350 batting average. Bell paced the Tigers with a team-leading 12 home runs and 47 RBIs. The 12 homers are tied for third-most in program history for a single season, while the 47 RBIs are the third-most by a freshman. Andrews produced a team-high 65 hits, good enough for seventh place on the SEC leaderboard. She also recorded 32 RBIs, second on the team and notched 19 stolen bases which was 10th in the SEC rankings. Sandra Simmons and Kellsi Kloss contributed solid freshmen campaigns for the Tigers. Simmons compiled a .267 hitting clip, four home runs and 30 RBIs whereas Kloss made the most of her 31 starts with a .275 batting average, five home runs and 24 RBIs. Simone Heyward has provided a spark with a .345 hitting clip from the bottom of the lineup. She has ripped 15-of-17 in the stolen base department. In the circle, Rachele Fico has picked up a 24-10 mark and racked up 215 strikeouts over 204.1 innings of work. She collected 11 of LSU’s 15 SEC victories. Overall, the senior right-hander fired in 10 shutouts, tied for eighth nationally. Ashley Czechner came away with a 10-1 mark highlighted by a pair of victories over then No. 4 Alabama and No. 12 Missouri. Meghan Patterson has chipped in a 6-2 mark in the circle. In her last outing, she fired 3.2 frames of relief versus Georgia. If LSU is able to advance to Friday’s SEC Semifinals, the Tigers would meet either top-seeded Florida, Alabama or Texas A&M.