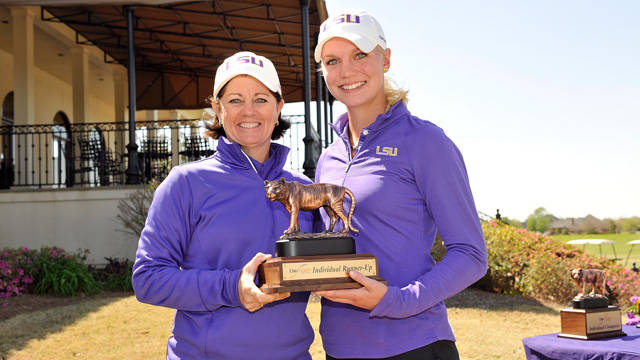 Sagstrom and the Lady Tigers leave on Tuesday after finishing final exams to take part in the NCAA West Regional Golf event at the Stanford University Golf Course in Palo Alto, Calif.

It marks the 23rd time an LSU women’s golfer has been named All-SEC in the history of the program. The Swedish golfer was named to the All-SEC Freshman Team a season ago.

Sagstrom, with eight career top 10s in two seasons, has the seventh best stroke average in the SEC at 73.42 shots per round. She is ranked 31st in the nation in the GolfWeek/Sagarin performance rankings and has posted the four lowest rounds of the season for LSU (a 4-under 67 at the Darius Rucker Intercollegiate; 4-under 68s at the Alamo Invitational and the LSU Tiger Golf Classic; and, a 3-under 69 at the Cougar Classic).

The competition for the Lady Tigers begins on Thursday and runs through Saturday. The top eight teams advance to the NCAA Women’s National Championships.

The 2013 All-SEC teams and special awards: