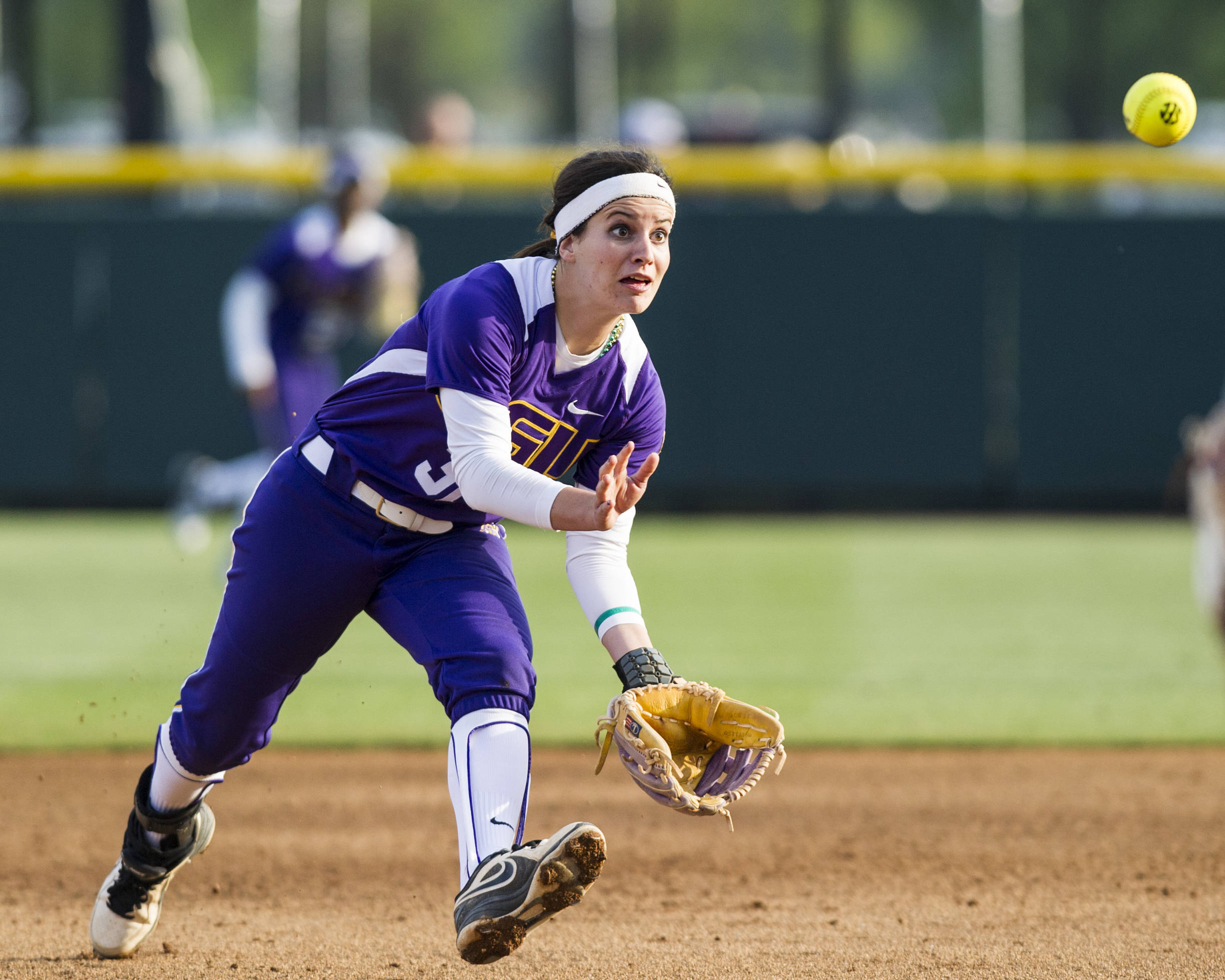 A CoSIDA Academic All-District Pick, Falcon has volunteered over 32 hours during 2012-13 which includes the Miracle League where she plays softball alongside mentally and physically disabled children.

Other key projects include speaking to children during National Girls and Women Sports Day and visiting patients in the children’s hospital.

Falcon and her teammates also have been a part of LSU’s Halloween BOOzar where the Tigers handed out candy and signed autographs to provide a safe night of fun for local youth.

LSU softball adopted an underprivileged child for the holidays and provided gifts at a program while also serving a Thanksgiving style meal to the family during LSU’s annual “Thanksgiving with the Tigers” event.

On the field, Falcon has compiled a .262 batting average, five home runs and 27 RBIs batting primarily in the cleanup spot during the second half of the season. The five dingers are tied for third on the team, while the 27 RBIs are fourth.

LSU meets Georgia Thursday in the quarterfinal round of the SEC Tournament. First pitch is slated for 12:30 p.m. CT from John Cropp Stadium on the University of Kentucky campus. The game will be televised by ESPNU and www.WatchESPN.com with Pam Ward, Michele Smith and Holly Rowe serving as the announcing team.

Fans can follow every pitch of LSU softball this season via live in-game updates on LSU softball’s social media outlets at www.Facebook.com/lsusoftball and @lsusoftball on Twitter.