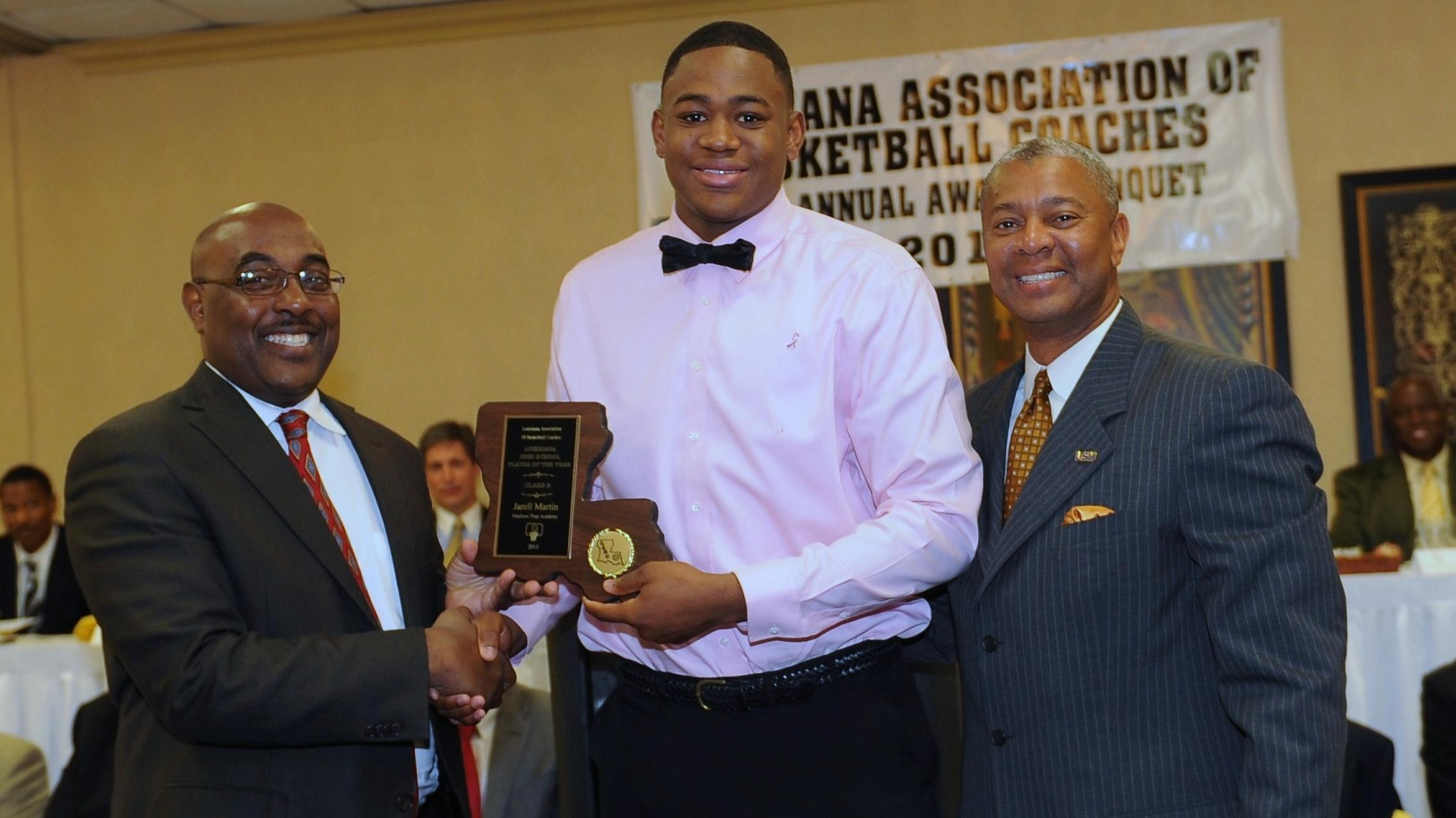 Martin was named the outstanding player in Class B for his efforts for Madison Prep in leading them to the state championship this year. His high school coach, Jeff Jones, was also honored as the Class B Coach of the Year.

LSU men’s basketball coach Johnny Jones was on hand to make the presentation.

One of the top honors of the evening, the prestigious Mr. Basketball Award was for only the second time in history presented to a sports information director, the recently retired SID at McNeese State, Louis Bonnette.

Bonnette, who served at McNeese for 46 years, was given the award which is presently annually to someone who has made a significant, long-term contribution to the game of basketball at any level in the State of Louisiana.

Bonnette’s two sons continue the Bonnette legacy in the state of Louisiana with older son Michael serving as Associate AD and SID at LSU, with younger son Matthew having taken over just year for his father at McNeese State.