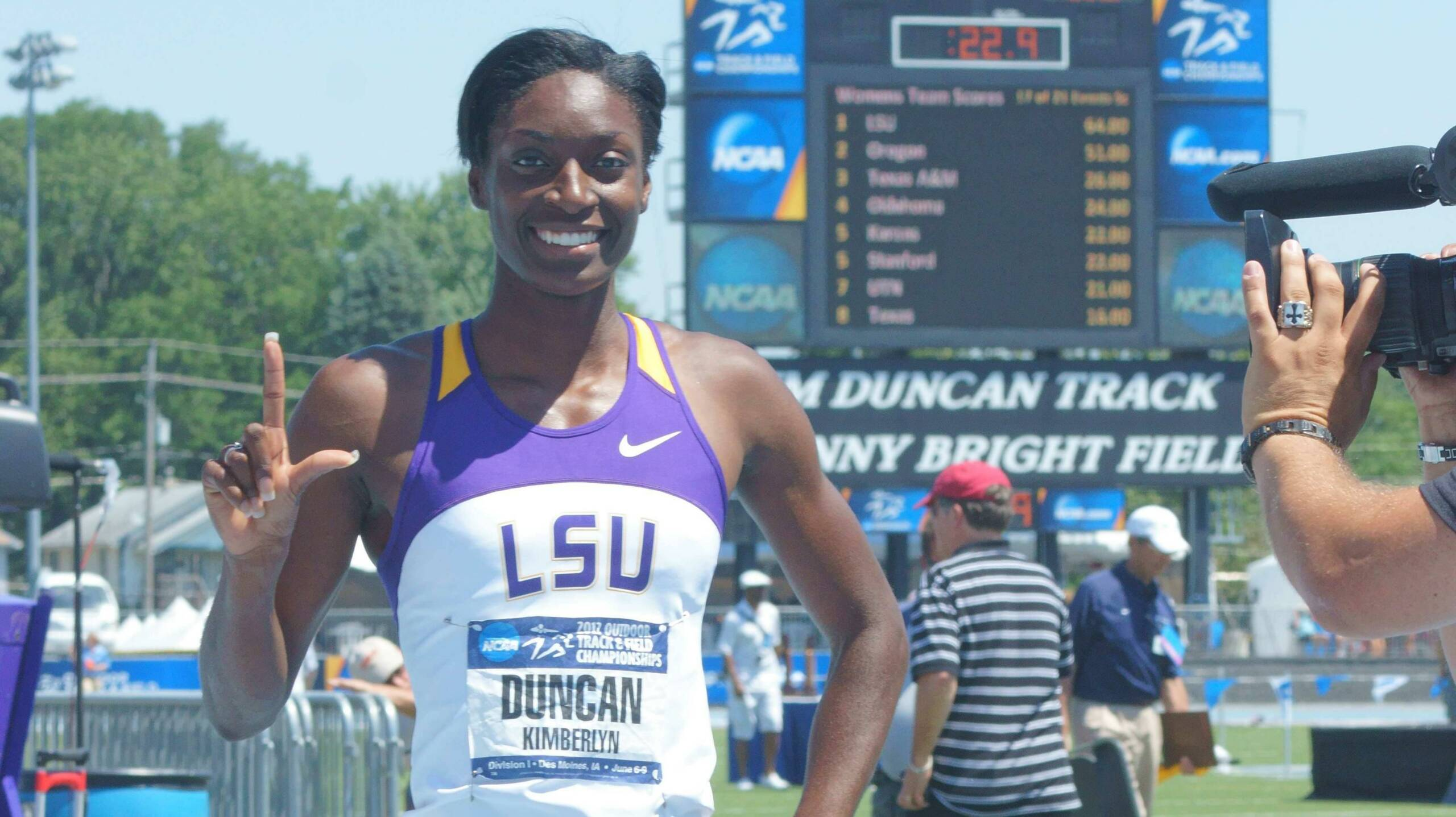 BATON ROUGE – Lady Tiger senior Kimberlyn Duncan is poised to defend her honor from a year ago as she has made her 18th appearance on the 10-member women’s watch list for The Bowerman as the U.S. Track & Field and Cross Country Coaches Association announced on Thursday afternoon its candidates for the month of May.

Duncan, the reigning Bowerman Award winner on the women’s side and only two-time finalist in the award’s history, ranks second in the five-year history of the award with her 18 selections to the women’s watch list as she trails only the 22 watch list selections by former Oregon heptathlete and 2012 finalist Brianne Theisen.

Among those joining Duncan on the watch list for the month of May is fellow 2012 Bowerman Award finalist Brigetta Barrett of the University of Arizona with her 16th career selection.

Now in its fifth year of existence, The Bowerman is collegiate track and field’s equivalent to The Heisman Trophy for college football and is presented annually by the USTFCCCA to the top male and female athletes.

She enters the championship season outdoors as the two-time defending SEC Outdoor and NCAA Outdoor champion in the 200-meter dash as she owns the nation’s second-fastest wind-legal run of 22.82 for the 2013 outdoor season. Duncan would also become the first sprinter in collegiate history for either gender to win three-straight NCAA Outdoor titles in 200 meters with a successful defense of her crown.

In addition, she is a national title contender in the 100-meter dash as the NCAA’s No.3 –ranked performer under all conditions with a seasonal-best wind-aided time of 11.06 in her victory at the Texas Relays.