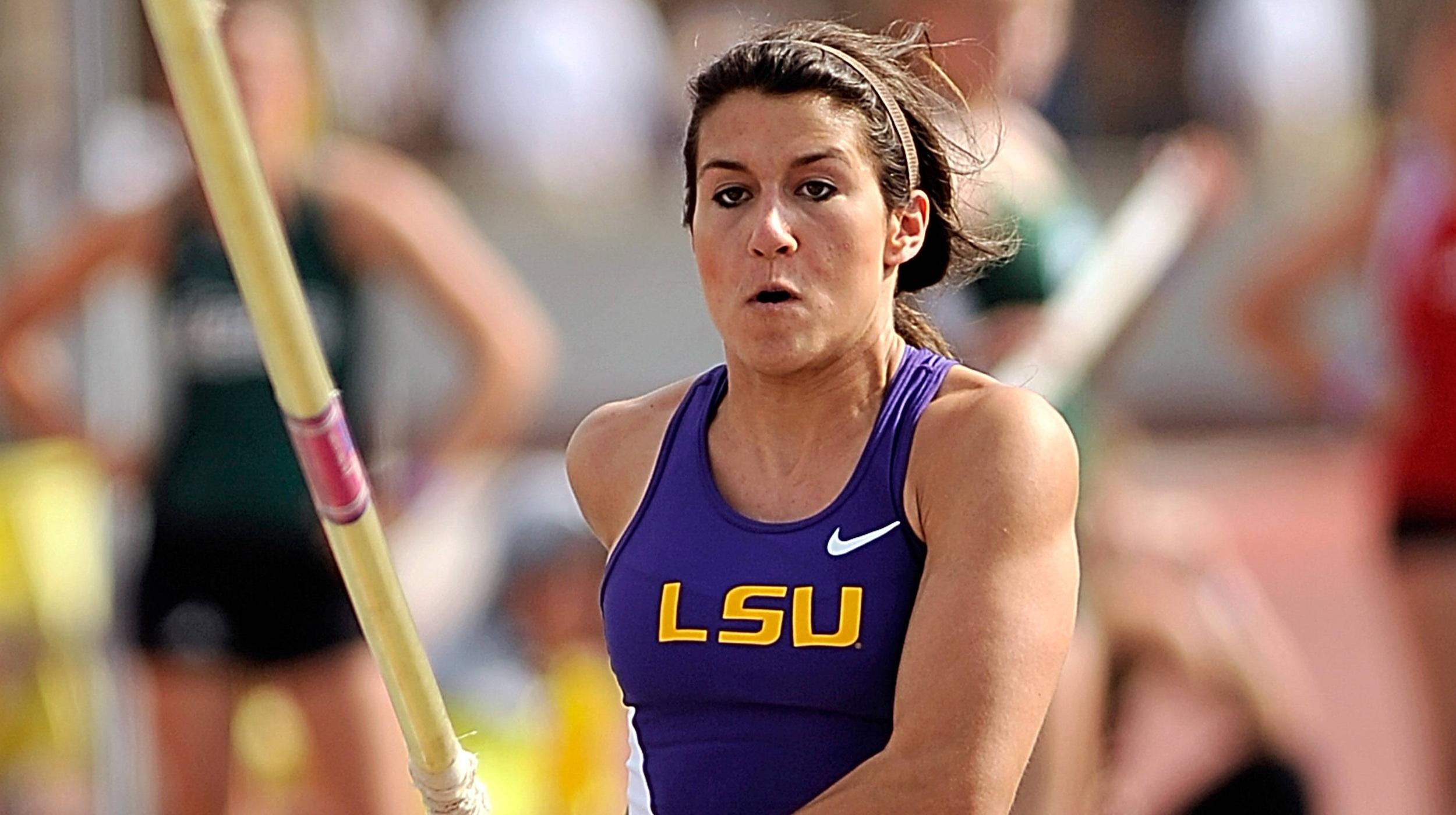 BATON ROUGE – The LSU office of the Dean of Students presented its Tiger Twelve Class of 2013 at a ceremony last week. Brianne Bergeron, a senior academically and a redshirt junior pole vaulter on women’s track and field team, was one of the 12 students named to this list.

Tiger Twelve is an honor that has been presented to 12 outstanding seniors by the Office of the Dean of Students since 2003. Students selected as the Tiger Twelve are current, full-time students, who have exemplified the seven basic principles outlined in the LSU Commitment to Community, which includes contributing positively to the life of the campus and surrounding community.

“Brianne is the quintessential student-athlete,” said Kenneth O. Miles, Assistant Vice Chancellor and Executive Director of the Cox Communications Academic Center for Student-Athletes.  “She does a great job of representing LSU and scholarship in action.”

Bergeron, a native of Houma, La. is a kinesiology major with an overall 3.724 grade point average.

As a redshirt junior member of the LSU Women’s Track & Field Team, she competes in pole vaulting and has served as her team’s representative to the Student Athlete Advisory Committee (SAAC) for three years. She is also a member of the Fellowship of Christian Athletes, where she serves as the President and has been a member of the leadership team for two years.

“Brianne truly epitomizes the definition of a student-athlete here at LSU by going above and beyond in her dedication to community service work while maintaining the highest standard in the classroom and on the track,” said Jade Bryan, Assistant Director for Diversity, Inclusion and Civic Engagement at CCACSA.  “She has been a leader during her four years here and is someone that we are extremely proud of for her accomplishments and willingness to help others. Brianne is a well-rounded individual and we have no doubt that she will go on to accomplish great things after leaving the university.”

Bergeron is also involved in the LSU Ambassadors, where she served on the Southern Regional Orientation Workshop (SROW) committee and represented LSU by presenting workshops at a regional conference. She was also selected as a Small Group Leader for the S.T.R.I.P.E.S. Extended Orientation Program for first-year students in 2010.

One of Bergeron’s most impactful experiences was when she visited Haiti in 2011 for two week-long mission trips. While there, she witnessed the poverty and devastation left by the 2010 earthquake and worked to provide for the physical and spiritual needs of orphans.

“Brianne has a passion for helping people and being involved with people in ways to help them.  She truly wants the world to be a better place because of her work,” said Todd Lane, Assistant Track & Field Coach. “As a student athlete, she has done this through volunteer work and involving her teammates in volunteer work. She provides leadership as a role model in her work ethic and her approach to not only being a dedicated student, but one who embraces learning as a challenge to fully understanding material. She never has a bad day; there is always a positive outcome for her. If everyone was as involved, dedicated and positive as Brianne, our jobs as educators would be easy.”