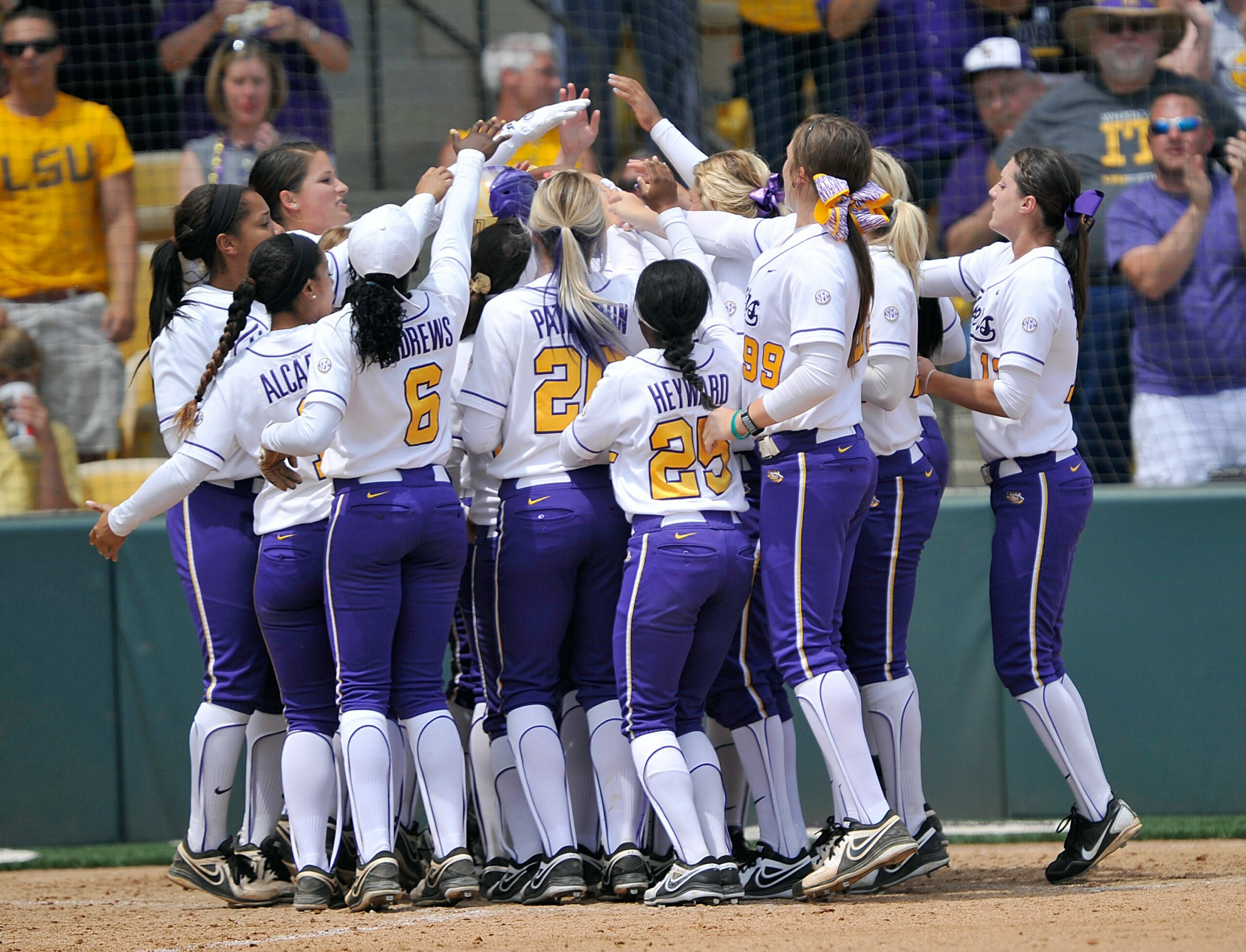 Nominee for SEC Player of the Week

Simone Heyward, Jr., Sacramento, California
Heyward played a major role in all facets of the game during LSU’s weekend sweep of defending national champion and No. 4 Alabama as the Tigers clinched a share of the SEC Western Division title for the first time since 2007. She scored the game-winning or game-tying run in all three games and contributed two key outfield assists. During the opener, Heyward went 2-for-3 at the plate and provided a leadoff single to start the eighth. She crossed the plate on Sandra Simmons’ walkoff RBI single. In game two, the California native gunned down the game-tying run at the plate during the second inning. Once again, Heyward scored what proved to be the game-winning run in the third inning after a leadoff bunt single. She didn’t start the series finale giving her spot to Katie Guillory on Senior Day. After Guillory knocked a two-out single during the fifth inning, Heyward raced home with the game-tying run on A.J. Andrews’ RBI single. She replaced Guillory defensively and made her presence felt right away when she threw out the potential game-tying run at third base with a magnificent one-hop throw from the right field line.

A.J. Andrews, So., Oldsmar, Florida
Andrews provided a spark from the top of LSU’s lineup and was involved in four of the Tigers nine runs during the weekend sweep of defending national champion and No. 4 Alabama. She notched a pair of multi-hit efforts and reached base six of her final seven plate appearances during the series. Her walk in the eighth inning of the series opener moved Simone Heyward into scoring position before she crossed the plate on Sandra Simmons’ walkoff RBI single. Andrews cranked a leadoff double and scored the game’s opening run on Bianka Bell’s sacrifice fly to start game two. With LSU trailing 3-2 during the fifth inning of the series finale, Andrews delivered the game-tying, two-out RBI single. She raced home with the game-winning run on Jacee Blades’ RBI single.

Rachele Fico, Sr., Oxford, Connecticut
Fico became the only pitcher on the season to start and win two games versus defending national champion and No. 4 Alabama. The Connecticut native limited the powerful Crimson Tide offense and sat down 18 of the first 21 batters she faced during the series opener. She stranded the bases loaded in both the seventh and eighth innings which enabled Sandra Simmons to win the game with a walkoff RBI single. Fico went the distance again during her Senior Day start in the series finale. After her offense gave her a 4-3 lead, the senior right-hander retired the final four batters she faced highlighted by two strikeouts to secure a share of LSU’s first SEC Western Division crown since 2007. Two of the four Alabama hitters she retired were Kayla Braud and Haylie McCleney, a pair of USA Softball Top 25 Player of the Year award finalists.

Sandra Simmons, Fr., Fountain Valley, California
Simmons provided a pair of key hits during LSU’s weekend sweep of defending national champion and No. 4 Alabama. With the bases loaded and the score tied at 2-2 in the series opener, Simmons smacked the game-winning RBI single with two outs to left field. She added another clutch two-out hit, a solo home run, to knot the score at 2-2 during the fourth inning of the series finale. Defensively, Simmons recorded 19 putouts and a spotless 1.000 fielding percentage.

Notes on the Tigers
No. 12 LSU swept defending national champion and No. 4 Alabama to clinch a share of the program’s first SEC Western Division title since the 2007 season. The Tigers have won six of their seven SEC series on the season and became the first team since the 2011 LSU squad to sweep a three-game SEC series from the Crimson Tide. All three games were decided by one run as the Tigers reached the 40-win plateau during the regular season for the 12th time in program history. Rachele Fico earned a pair of wins in the circle and improved to 24-9 on the season. The senior right-hander neutralized the potent Alabama offense and retired 18 of the first 21 batters she faced in the series opener. She forced the Crimson Tide to leave the bases loaded in both the seventh and eighth innings leading into Sandra Simmons walkoff RBI single with two outs. In all three games of the series, Simone Heyward scored the game-winning or game-tying run. She also tallied a .600 batting average and picked up a pair of key outfield assists in the final two games of the series. She gunned down a runner at the plate during the third inning of game two followed by a magnificent one-hop throw to third base from the right field to get another runner in the sixth inning of the series finale. LSU came back on three different occasions to earn the 4-3 Senior Day triumph during the series finale. Down 3-2 in the fifth, Katie Guillory legged out an infield single and moved into scoring on a throwing error to ignite a two-out rally. From there, A.J. Andrews and Jacee Blades provided back-to-back RBI singles. Fico retired the final four batters she faced aided by two strikeouts. The Tigers won the middle game of the series by a 2-1 margin behind a strong performance from Ashley Czechner in the circle. The one run scored matched a season-low by the Alabama offense and moved Czechner’s unblemished mark to 10-0 for the season. Offensively, LSU had six players collect RBIs. Kellsi Kloss connected for a two-run homer during the series opener, while Bianka Bell added RBIs in the final two games of the series. LSU wraps up the home portion of its regular season schedule versus Northwestern State [Tuesday – 6 p.m.] before traveling to Georgia [Friday – 5 p.m. CT; Saturday – 12 p.m. CT; Sunday – 2 p.m. CT] for a three-game weekend series. Saturday and Sunday’s contests are televised by CSS and ESPN, respectively.