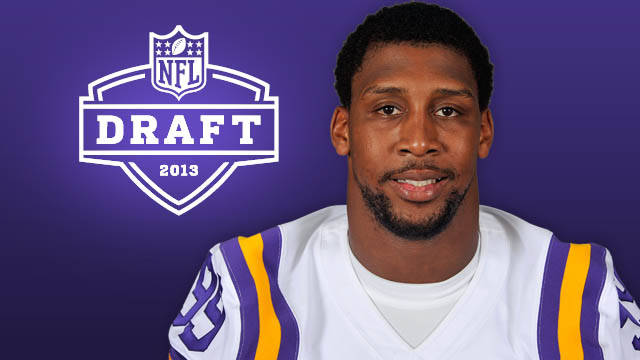 Minter was taken No. 45 overall (13th pick of the second round) by the Arizona Cardinals. When the Cardinals were able to draft again one round later, they took Mathieu with the No. 69 overall selection (seventh pick of the third round).

Logan went two picks prior to Mathieu, going No. 67 overall (fifth pick of the third round) to the Philadelphia Eagles. Montgomery capped the evening when the Houston Texans called his name with the No. 95 overall pick prior to the third round ending.

LSU History in the NFL Draft

With the four selections on Friday evening that moved LSU’s two-day draft total to six picks, the most of any school in the nation heading into Saturday. Florida State has had five selections.

Logan extended LSU’s streak of having a defensive tackle chosen to six straight NFL Drafts. The Coushatta, La., native concluded his three-year Tiger career with 107 tackles and was a second-team All-Southeastern Conference selection as a junior.

Montgomery, a native of Greenwood, S.C., was a second-team All-America selection as a junior. He became the first LSU defensive player to be chosen by the Texans since Howard was taken in 2002.

Mathieu will re-unite with former teammate and mentor Patrick Peterson in Arizona. Both Mathieu and Peterson were National Defensive Players of the Year and they will team up on the same defensive unit with Minter and former LSU safety Curtis Taylor.

“I was filled with joy,” Mathieu said. “It’s been a long road. I am proud to be a member of the Arizona Cardinals. To join Patrick and Larry Fitzgerald, I am looking forward to it. I am happy someone believed in me. You have to have faith through the ups and the downs.”

The LSU record for most players selected in a single draft is eight in 1948 and that milestone could fall on Saturday when the third day of the 2013 NFL Draft gets underway at 11 a.m. CT on the NFL Network and ESPN.