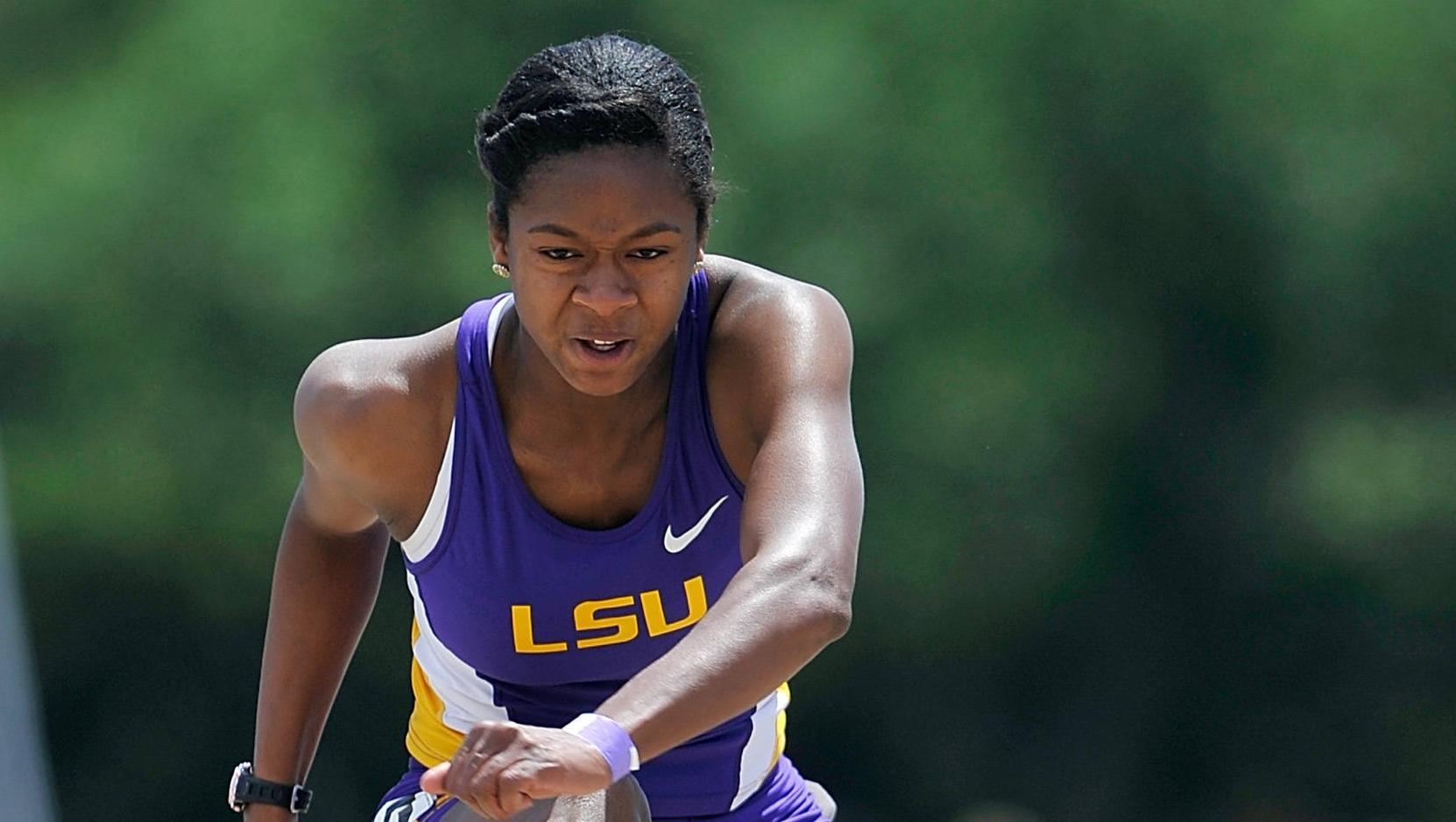 BATON ROUGE – The LSU Track & Field teams will wrap up the 2013 regular season this weekend with their annual trip to historic Franklin Field in Philadelphia as they compete in the 119th running of the Penn Relay Carnival that begins for the Tigers and Lady Tigers on Thursday afternoon at the University of Pennsylvania.

While the Tigers and Lady Tigers will compete for the first time on Thursday, the 119th Penn Relays will come to a dramatic conclusion as it does each year with the “USA vs. The World” events on Saturday afternoon.

NBC will televise Saturday’s “USA vs. The World” events at the Penn Relays live from 12-2 p.m. CT as it will be the first stop of the 2013 USA Track & Field Championship Series. NBC Universal will also air live coverage of the meet from 2-4 p.m. CT following the “USA vs. The World” competition for four hours of live television coverage of Saturday’s action at Franklin Field.

The 119th Penn Relays will come to an end Saturday with the running of the Championship of America 4×400-meter relays as the Lady Tigers will run at 4:50 p.m. followed by the Tigers at 5 p.m.

This weekend marks the last time the Tigers and Lady Tigers will have the chance to compete before they kick off the championship season at the 2013 Southeastern Conference Outdoor Track & Field Championship at the Audrey J. Walton Track Stadium at the University of Missouri in Columbia from May 9-12.

Fans can receive live updates of the Tigers and Lady Tigers competing at the Penn Relays this weekend by liking LSU Track & Field on Facebook and following @LSUTrackField on Twitter.

“The Penn Relays is truly one of the unique events in our sport. We look forward to going back to Franklin Field each season to compete in what will be our final meet before the start of the championship season,” said LSU head coach Dennis Shaver. “The history there is something you can’t help but appreciate. We hope to be a part of that history each time we’re there.

“But we need to treat this event like we would any other championship meet. This weekend means we get one final opportunity to compete before we get ready for the SEC Championships. We expect great weather this weekend, which I’m sure means there will be record crowds again and a championship type of atmosphere.”

Teams competing at the Penn Relays each season line up with the goal of taking home one of the carnival’s signature Championship of America wagon wheels awarded to each university relay winner.

LSU is among the most successful programs all-time at the Penn Relays as the Tigers and Lady Tigers are winners of 66 Championship of America relay titles and 63 individual event titles in the meet’s storied history.

LSU is looking to continue an impressive streak as either the men’s or women’s team has won at least one Championship of America relay title in 22-straight seasons dating back to the 1991 season. The Tigers are set to defend their crown in the men’s 4×400-meter relay, while the Lady Tigers are the defending champions in both the 4×200-meter relay and shuttle hurdle relay.

Despite winning Championship of America titles a year ago, the Lady Tigers will not defend their Penn Relays titles in either the 4×200 relay or shuttle hurdle relay this weekend.

The Lady Tigers are sure to add to their trophy haul as the most successful program in meet history with a total of 44 Championship of America relay wins all-time at the Penn Relays. They will compete in their first relay final of this year’s meet with the distance medley relay Thursday night as they own the NCAA’s No. 1-ranked time this season at 11 minutes, 23.55 seconds in their win at the Texas Relays on March 29.

Lady Tiger junior Jasmin Stowers made history at the 118th running of the Penn Relay Carnival a year ago when she became the first Lady Tiger in meet history to win two Penn Relays titles in the 100-meter hurdles with a winning run of 13.05 seconds in the final. She also took the hurdles title in her Penn Relays debut with the Lady Tigers as a freshman in 2011 when she ran 13.16 for her first victory at Franklin Field.