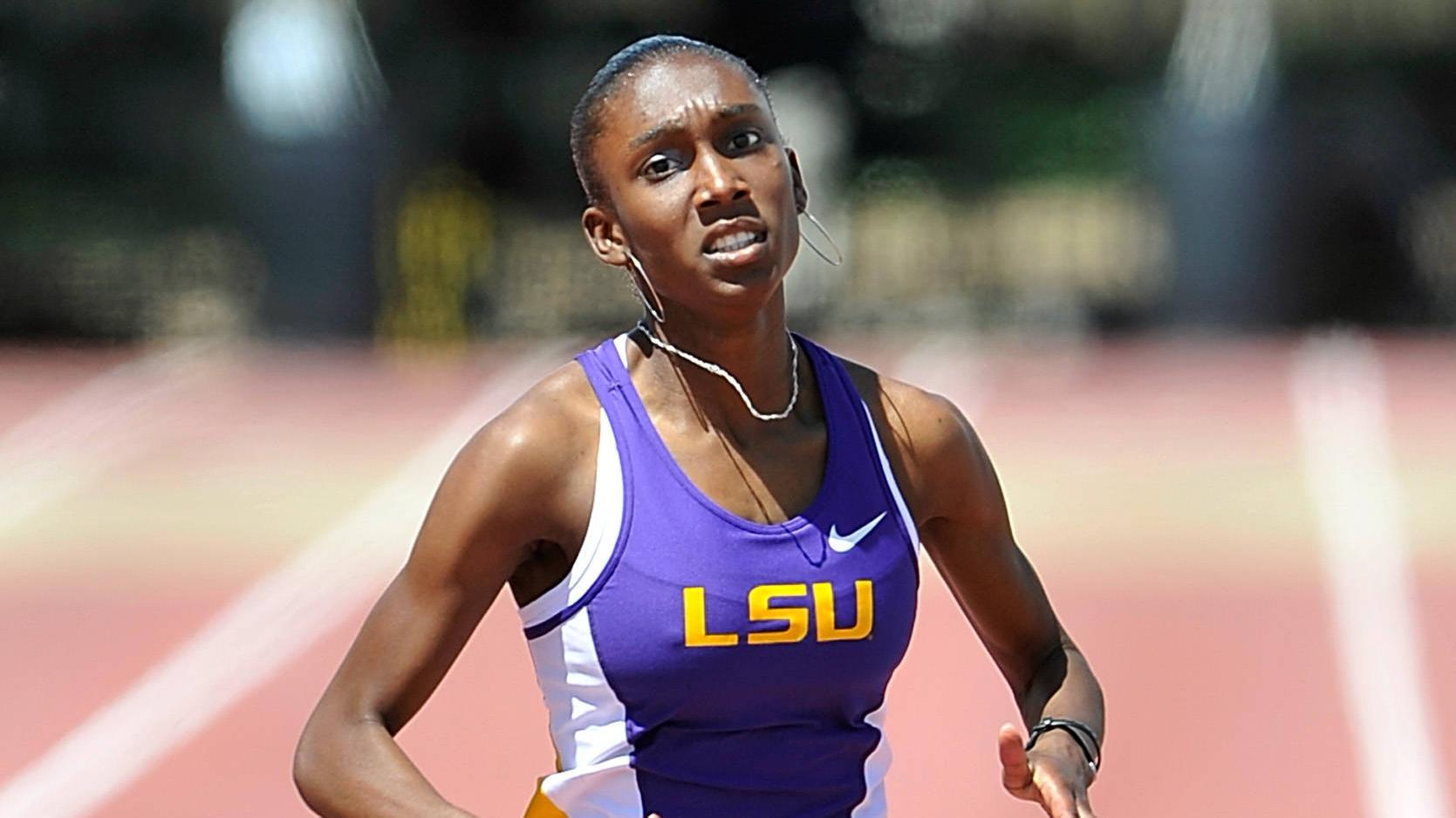 BATON ROUGE – After breaking her own school record and improving upon her NCAA-leading and World-leading time in the 800-meter run on Saturday, Lady Tiger junior Natoya Goule has been honored as the SEC Women’s Runner of the Week for her historic victory at the LSU Alumni Gold held Saturday in Baton Rouge.

This marks the second time in three weeks and the third time during her junior season that Goule has been selected the SEC Women’s Runner of the Week while leading the Lady Tigers on the track.

She continued her record-breaking junior season on Saturday as she broke her own school record while becoming the No. 9-ranked collegian of all-time with her victory in the 800 meters at the LSU Alumni Gold as she crossed the finish line in 2 minutes, 0.76 seconds to lower her No. 1-ranked time in the NCAA and World rankings for 2013.

It also set a new Bernie Moore Track Stadium record by one one-hundredth of a second as former LSU national champion Neisha Bernard-Thomas set the previous stadium mark of 2:00.77 during the 2010 season.

Goule has now broken LSU’s school record in three-straight 800-meter races dating back to the indoor season. She was crowned the NCAA Indoor Champion with an indoor school record of 2:02.00 in the 800 meters at the NCAA Indoor Championships and has now set a school record in each of her two races outdoors while running back-to-back lifetime bests of 2:01.18 at UCLA’s Rafer Johnson/Jackie Joyner-Kersee Invitational in her outdoor opener on April 6 and 2:00.76 at the LSU Alumni Gold on Saturday afternoon.

Not only did Goule win the women’s 800-meter crown on Saturday, but she did so against an impressive field as LSU’s 2008 NCAA Indoor Champion LaTavia Thomas finished runner-up in the race with a time of 2:02.72 and senior teammate Charlene Lipsey followed in third place with the NCAA’s No. 3-ranked time this spring at 2:03.13.

This actually marks the fourth-straight week in which a Lady Tiger has been named the SEC Women’s Runner of the Week dating back to April 2 following the Texas Relays.

Senior Kimberlyn Duncan was named the SEC Women’s Runner of the Week on April 2 and April 16 while Goule took the honor on April 9 and Tuesday morning. They have actually accounted for all seven selections for the Lady Tigers this season while combining for three weekly awards during the indoor season.