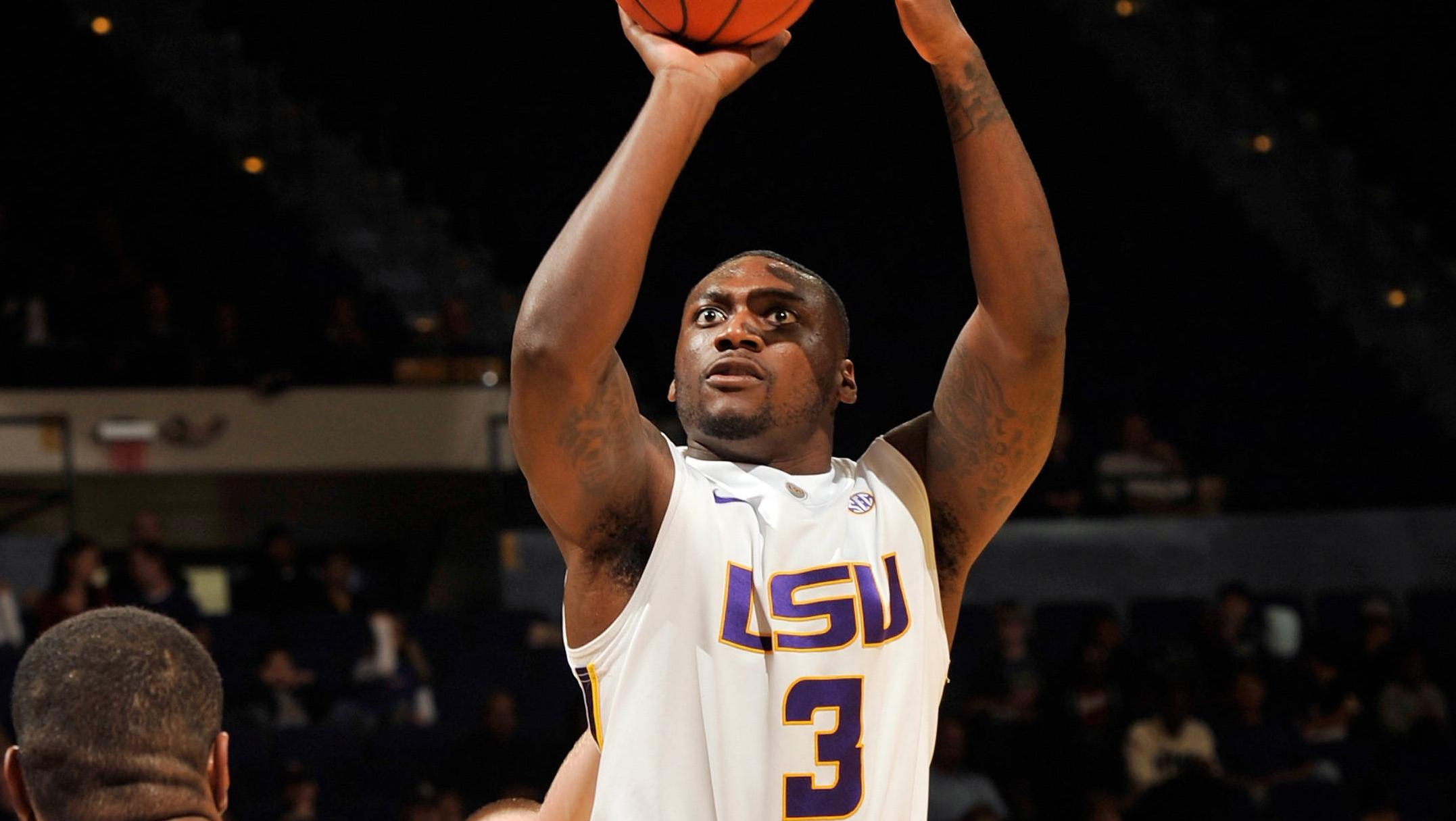 BATON ROUGE – LSU men’s basketball coach Johnny Jones announced Monday that Jalen Courtney will leave the LSU basketball program and will explore his options to continue his basketball career at another school.

“Jalen Courtney has asked for and been granted a release from LSU,” said Coach Jones. “We certainly wish him well in his future endeavors.”

Courtney played at LSU for three seasons and this past year played in 26 games, averaging 8.7 minutes per game. He averaged 2.1 points and 2.1 rebounds per game.

He played in 51 career games over his three years with a high point average of 2.3 during the 2011-12 season, including his career high scoring game of 14 points versus Grambling on Dec. 29, 2011. He had 7 rebounds on two occasions. Courtney, who prepped at Provine High in Jackson, Miss., scored a season high of 11 this past year against Houston Baptist on Dec. 28, 2012.

His SEC career high came this past year when he scored six points in the win at South Carolina on Feb. 14, 2013.