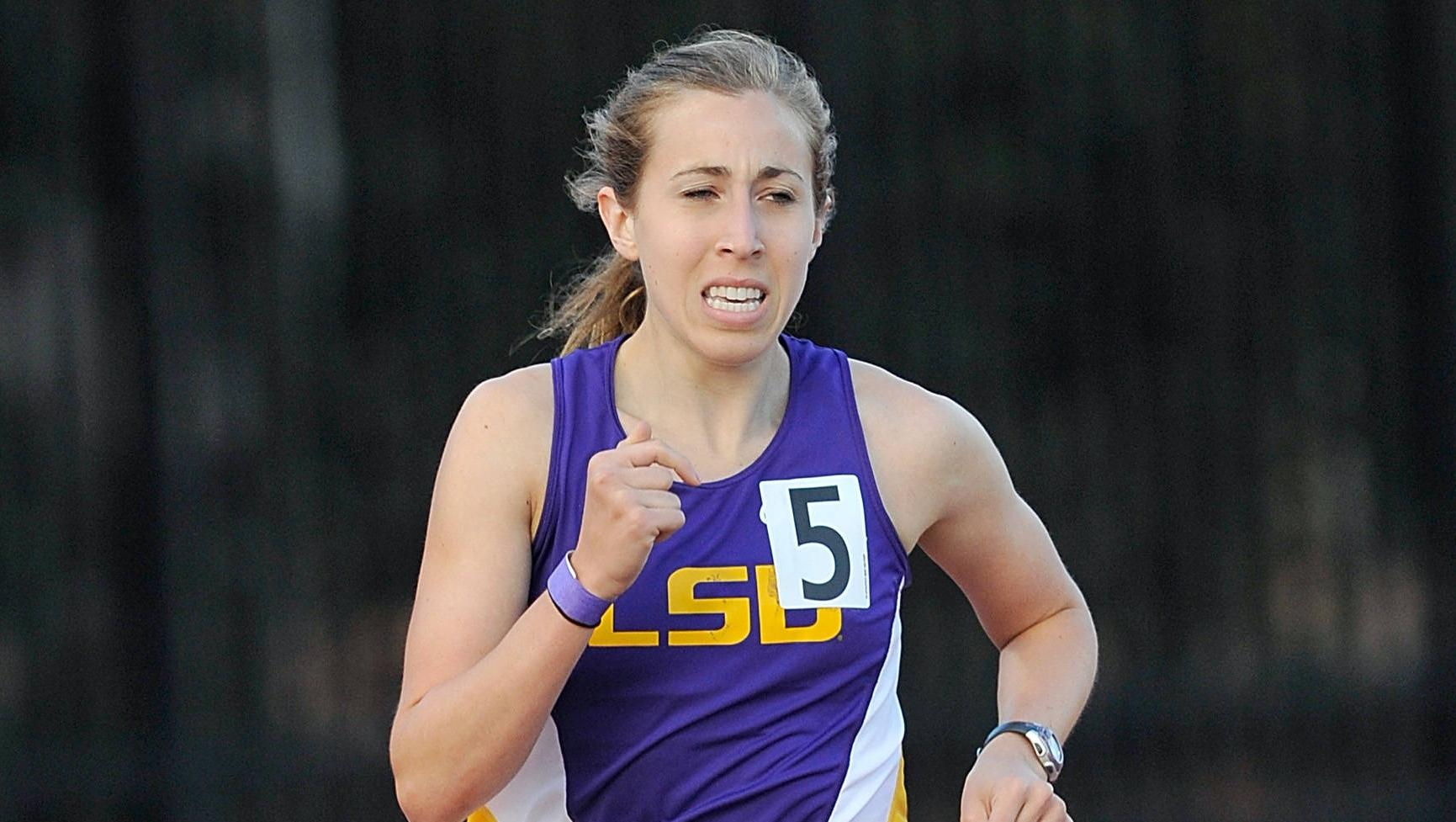 WALNUT, Calif. – A 28-year-old school record fell on the Hilmer Lodge Stadium track Friday night when LSU senior Laura Carleton finished the invitational elite 5,000-meter race at the 55th-annual Mt. Sac Relays in 15 minutes, 44.41 seconds to crack the Top 10 of the NCAA rankings in the women’s event for the 2013 outdoor season.

Carleton took down Muffy McLeod’s school 5k record of 16:18.89 that stood for 28 years when McLeod became the fastest Lady Tiger at the distance during the 1985 season.

Carleton finished in 13th place overall in a field featuring many of the nation’s elite collegiate and professional runners. She also finished in sixth place among collegiate runners in the invitational elite race.

With her performance, Carleton takes over the No. 1 ranking in the Southeastern Conference as she looks to complete the sweep of conference titles outdoors as the 2013 SEC Indoor Champion at 5,000 meters. She is also the No. 8-ranked 5,000-meter runner in the NCAA for 2013 with her school-record run on Friday night.