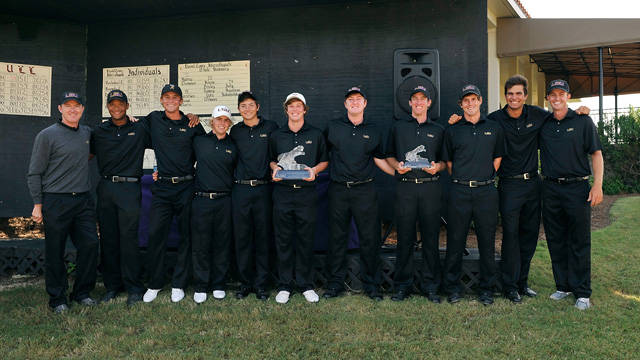 BATON ROUGE – An expanded 14-team field will descend on Sea Island Golf Club for the first time on the eve of the championship season as the Seaside Course will once again play host to the most competitive conference tournament is all of college golf as the 2013 Southeastern Conference Men’s Golf Championships opens Friday in St. Simons Island, Ga.

The Seaside Course is set to play host to the three-day, 54-hole championship for the 11th time in 13 seasons as the course will play to a par 70 and 6,657 yards for the weekend.

The Tigers have finished among the Top 5 of the final team standings at the SEC Championships in three of the last four seasons as they followed a tie for fourth place in 2009 with back-to-back fifth-place finishes in the field in 2010 and 2011. They are looking to improve upon their 11th-place team finish from last spring.

The Alabama Crimson Tide are the defending SEC Champions after posting a winning team score of 12-under par 828 for a comfortable six-stroke victory over the Auburn Tigers in the final standings a season ago.

And Alabama must defend their crown against a field that is made even stronger with the addition of Texas A&M and Missouri to the conference this season. The race for the SEC Championship is as wide open as ever before as the 14-team field features five of the Top 15, nine of the Top 25 and 13 of the Top 50 programs in the latest Golfstat power rankings released Wednesday.

Pairings for the Thursday’s practice round and Friday’s opening round at the Seaside Course have been determined using the final regular-season Golfstat power rankings.

The Tigers will tee off from hole No. 1 alongside Arkansas and Auburn in the first round of the championship beginning Friday morning at 7:20 a.m. CT. The first tee times of the day are set for 6:30 a.m.

Two Tigers make their return to the Seaside Course after competing at the SEC Championships a year ago, led by 2012 Second-Team All-SEC performer and 2013 All-SEC and All-America candidate Andrew Presley while making his third SEC start in his junior season. Sophomore Stewart Jolly also returns to the lineup after making his SEC Championships debut last spring.

Rounding out the lineup for the Tigers this weekend are sophomores Myles Lewis and Curtis Thompson and freshman Zach Wright as it marks the fourth-straight tournament in which LSU will feature this group.

Presley, who tied for 42nd place at the SEC Championships a year ago, is a strong candidate for All-SEC and All-America honors again this season as he leads the team with a 72.8 scoring average while making 10 starts for the Tigers with three top-five, five top-10 and eight top-20 finishes in 2012-13. That includes three top-10 finishes and five top-20 finishes in his six starts during the spring season.

Both Thompson and Jolly have earned a pair of top-five finishes and four top-10 finishes in their 10 starts on the campaign as Thompson owns a 73.0 scoring average and Jolly has a 73.7 scoring average as they trail their teammate. Jolly tied for 39th place in his debut at the SEC Championships last spring as LSU’s No. 2 performer in the field.

Lewis and Wright have matched one another with scoring averages of 74.7 strokes per round as they prepare to tee off on Friday as each is set to make his SEC Championships debut for the Tigers this weekend.

Wright is a strong candidate for the SEC All-Freshman Team thanks to an impressive spring season in which he has earned two top-10 finishes, including his first collegiate victory at the Louisiana Classics on March 5.