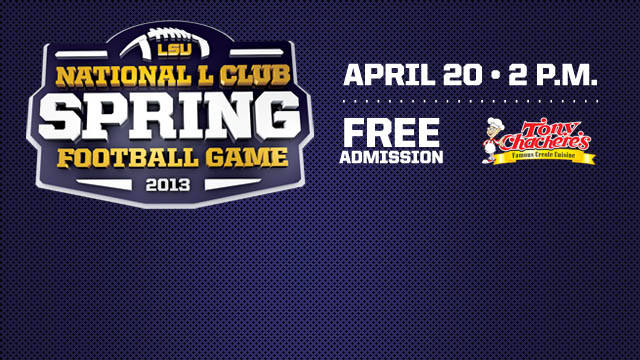 BATON ROUGE – The teams have been divided for LSU’s National L-Club Spring Game presented by Tony Chachere’s in Tiger Stadium as the White squad will feature many members of the No.1 offense and defense against the Purple squad, which will consist of the second and third units.

The game will be played as a normal contest during the first half, while the second half will feature a running clock. The only exception is that all special teams will be controlled as there will be no live hitting during any special teams plays.

Quarterback Zach Mettenberger along with running back Jeremy Hill and wide receivers Odell Beckham, Jr., and Jarvis Landry highlight the offense for the White team, while the defense will be led by linebacker Lamin Barrow, safety Craig Loston and defensive tackle Anthony Johnson.

They will be joined by running back Kenny Hilliard, fullback J.C. Copeland and wide receivers James Wright, John Diarse, and Kadron Boone.