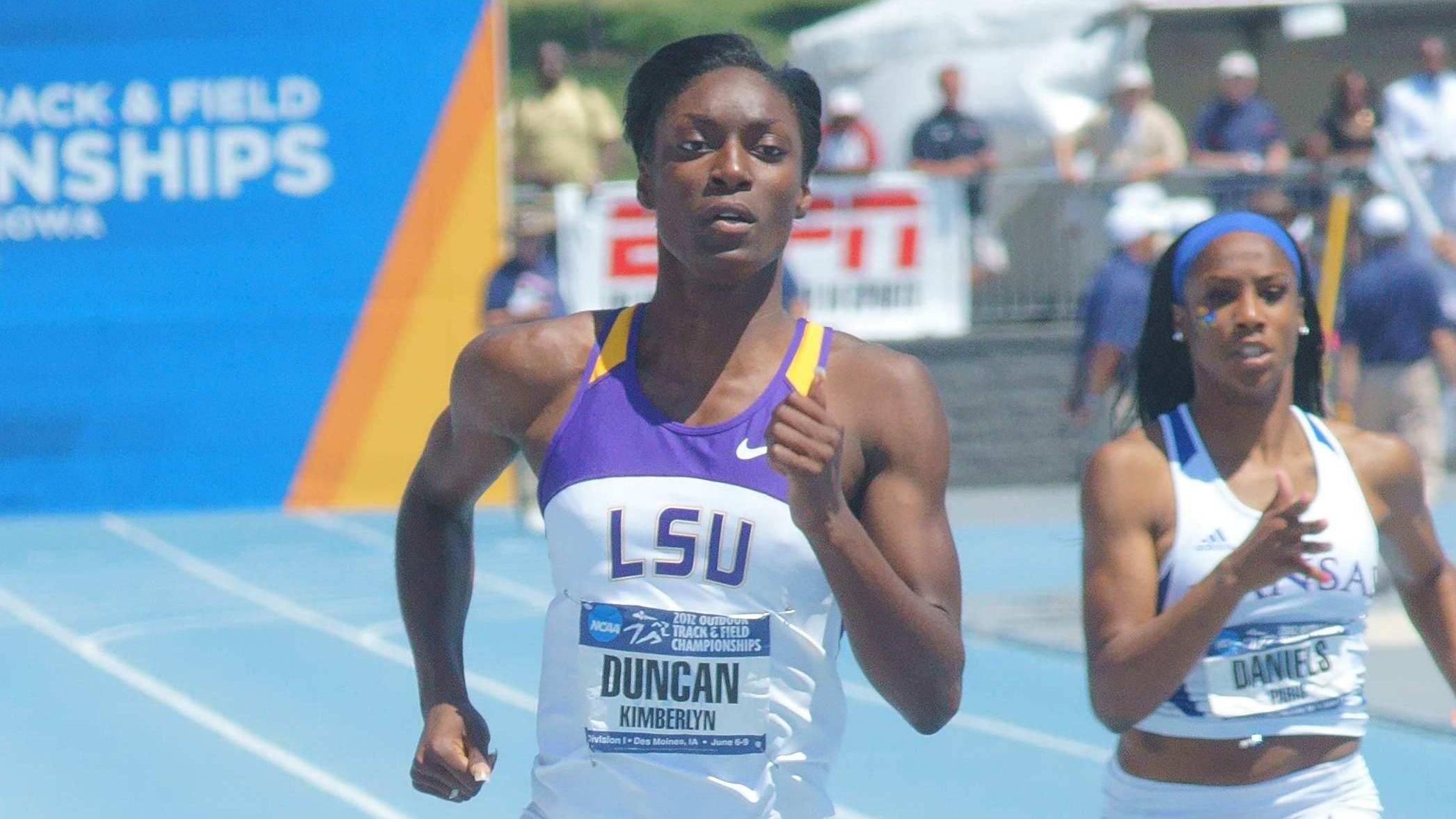 BATON ROUGE – For the fourth time this season and 11th time in her decorated collegiate career, Lady Tiger senior Kimberlyn Duncan has been honored as the SEC Women’s Runner of the Week with her performance in the 200-meter dash at the third-annual Battle on the Bayou held Saturday at the Bernie Moore Track Stadium.

Duncan has now twice been honored as the SEC Women’s Runner of the Week in the last three weeks as she also received selections on Jan. 22, Feb. 5 and April 2 of this season.

She set the pace for the Lady Tigers in defending their team title at the Battle on the Bayou on Saturday afternoon as she sprinted to a wind-legal seasonal-best time of 22.82 seconds to win the 200-meter dash with an impressive performance that ranks No. 2 in the NCAA and No. 5 in the world rankings among wind-legal times during the 2013 season.

Not only that, but Duncan also ran the second leg on LSU’s winning 4×100-meter relay team as she joined with juniors Jasmin Stowers, Takeia Pinckney and Toshika Sylvester to run 44.16 for the win at the Battle on the Bayou. They are the No. 4-ranked sprint relay team in the NCAA ranks this season with a seasonal-best time of 43.70 set at the Texas Relays nearly three weeks ago.

Duncan and her Lady Tiger teammates are set to play host to their annual LSU Alumni Gold meet at the Bernie Moore Track Stadium on Saturday before wrapping up the regular season with their trip to Philadelphia for the 119th running of the Penn Relay Carnival scheduled for April 25-27 at Franklin Field at the University of Pennsylvania.