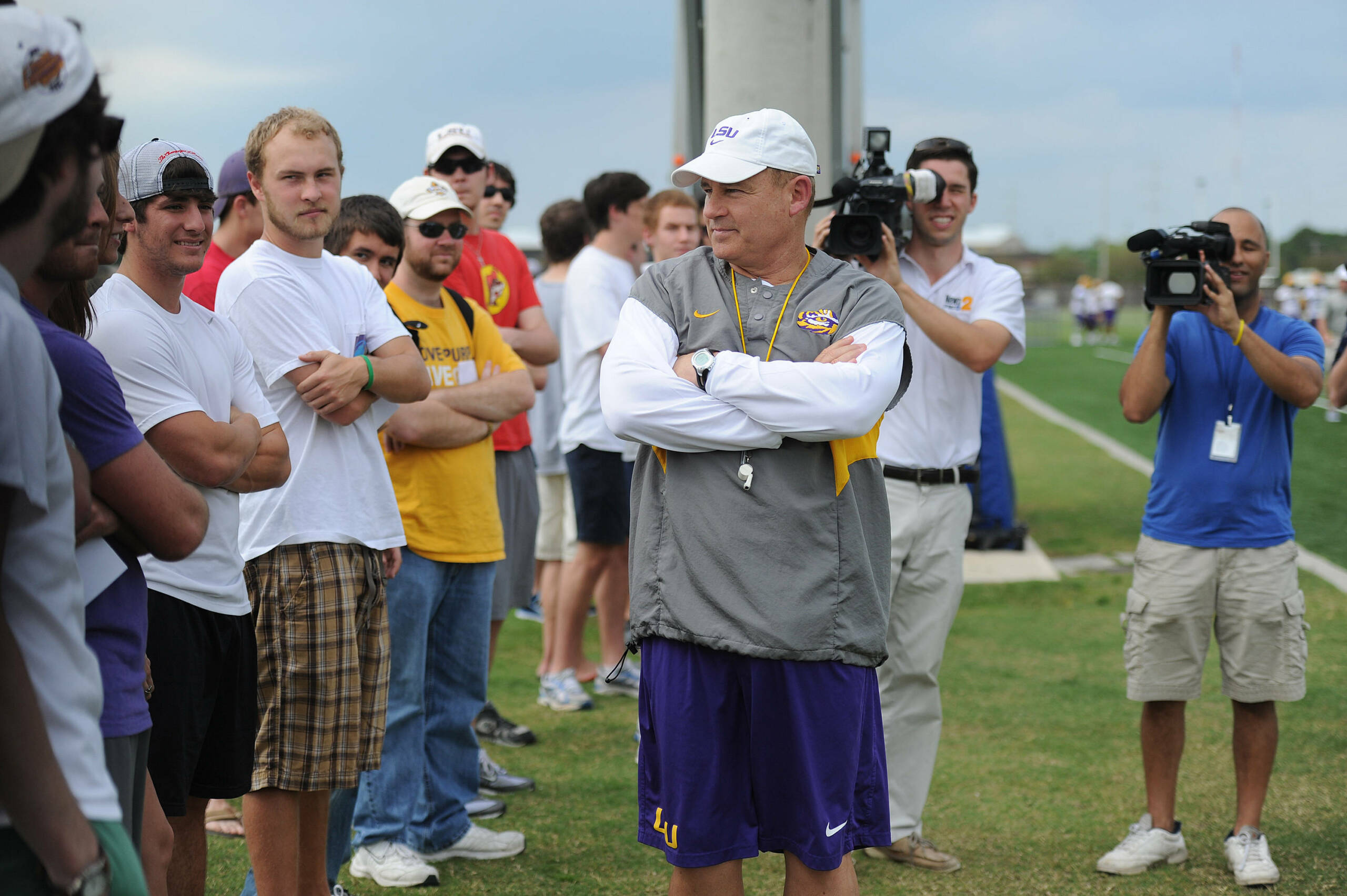 LSU students will be able to watch football practice from 4 to 6 p.m. followed by a meet and greet with the players and coaches after practice. To be admitted to practice, students must present their LSU ID at the entrance of the practice facility.

This is the second straight year Miles and the Tigers have invited LSU students to football practice.

“We had a great turnout last year and I think everyone involved had a good time,” Miles said of last year’s LSU Student Appreciation Day. “We have the best student section in college football. They make a difference for our football team on Saturday nights in Tiger Stadium. This is just a small way to saying thanks and letting them know how much we appreciate their support.”

When coming to practice on Thursday, students should park in the lot in front of the LSU soccer stadium and enter the practice facility through the double-gates on the west side of the Charles McClendon Practice Facility.

Thursday’s practice will be the final one before LSU hosts the annual National L-Club Spring Game at 2 p.m. on Saturday in Tiger Stadium. Admission to the spring game is free.