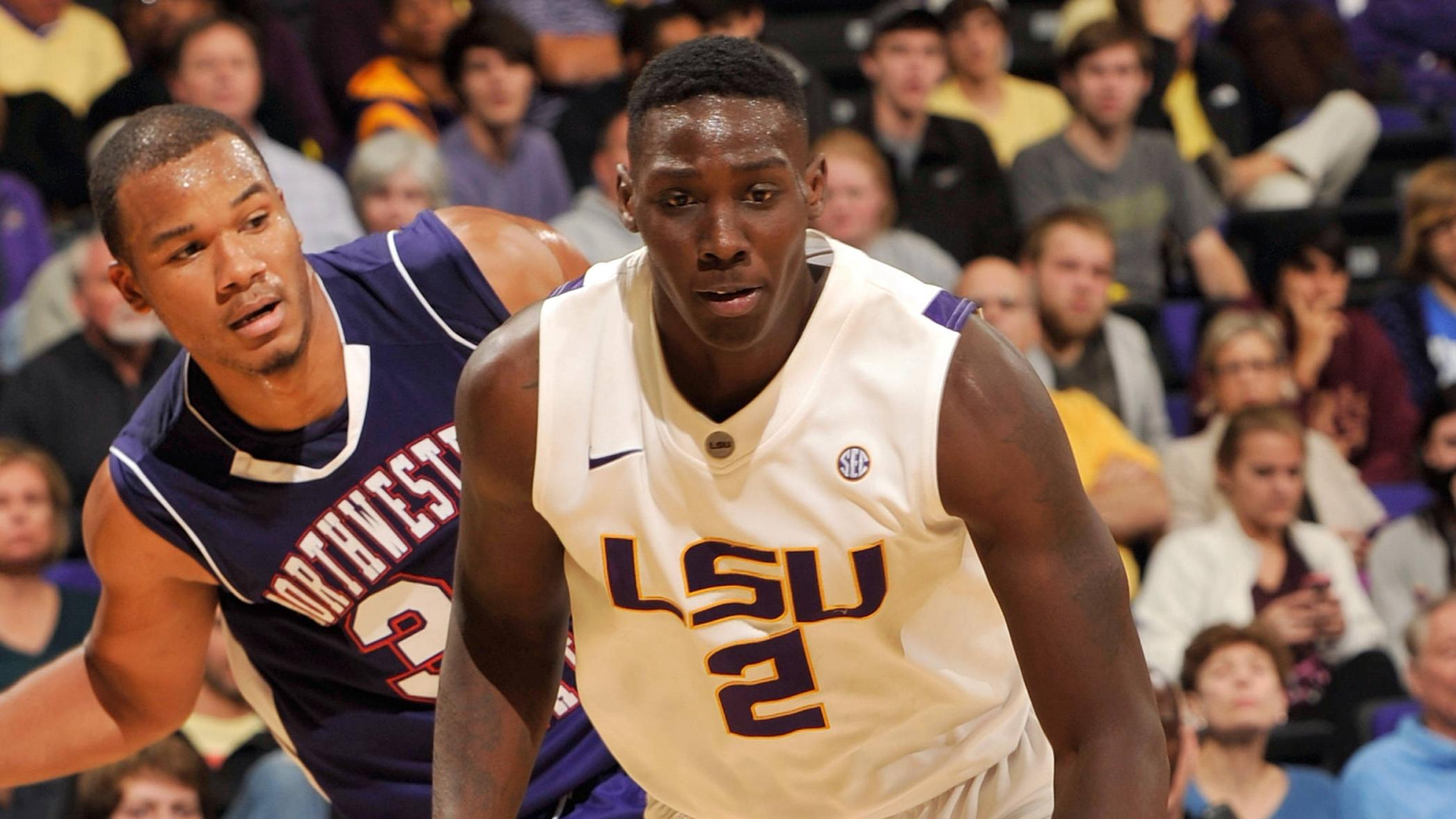 HAMMOND, La. – After guiding Southern University to its first appearance in the NCAA Championships since 2006, head coach Roman Banks was selected as the Louisiana Coach of the Year as the All-Louisiana Men’s Basketball Team was released on Saturday by the Louisiana Sports Writers Association.

Josh Davis of Tulane was named the state’s Player of the Year, DeQuan Hicks of Northwestern State was voted as the Newcomer of the Year while Shawn Long of Louisiana-Lafayette was selected as the state’s Freshman of the Year. The All-Louisiana team was voted on by a panel of media members and sports information directors from across the state.

Banks, a Shreveport native and assistant coach at Southern from 1996-2002, repeated as the state’s top coach after leading the Jaguars to a 23-10 record and Southwestern Athletic Conference Tournament championship. Under Banks’ guidance, Southern finished second among Division I schools in field goal defense (36.7 percent) and 12th in scoring defense (57.3 points per game). The Jaguars nearly pulled off an upset of top-seeded Gonzaga in the first round, falling to the Bulldogs, 64-58.

Davis was named the state’s Player of the Year after recording one of the top single-season performances in Tulane history averaging 17.6 points and 10.6 rebounds per game. On the season, the 6-foot-8 Davis scored 617 points and grabbed 374 rebounds – the third-most by a Green Wave player in a single-season in each category. The first-team All-Conference USA performer scored in double figures in 31 games and scored a career-high 27 points at Georgia Tech.

Hicks, a 6-7 junior and second-team selection, helped Northwestern State back to the NCAA Championships for the first time since 2006 as he led the high-octane Demons in scoring (14.0 points) and rebounds (5.9) while finishing 11th nationally in field goal percentage (58.3 percent). Playing for the nation’s second-highest scoring team, averaging 80.0 points per game, Hicks was selected as the Southland Conference Newcomer of the Year and was a second-team All-Southland selection.

Long, from Morgan City and third-team selection, was the state’s overwhelming choice for Freshman of the Year after averaging 15.5 points and 10.2 rebounds per game. The Sun Belt Conference Freshman of the Year, Long finished the season as the nation’s top freshman rebounder and was 12th overall. Long recorded 18 double-doubles on the season – sixth nationally – and scored in double figures 30 times with a team-high 20-point contests. His 337 rebounds were the sixth-best in school history and his 10.2 rebounding average was the eighth-best mark.

Davis was joined on the first team by Johnny O’Bryant of LSU, Raheem Appleby of Louisiana Tech, Fred Hunter of Nicholls State and Derick Beltran of Southern.

O’Bryant averaged 13.6 points and grabbed 8.7 rebounds in earning first-team All-SEC honors by the league’s head coaches. The Cleveland, Miss., native led the SEC with 15 double-doubles and scored in double figures in 22 games. He recorded five straight double-doubles in SEC games and scored 30 points at South Carolina – the first 30-point game by a Tiger in over three years.

Appleby, a first-team All-Western Athletic Conference selection, was the key player in a Louisiana Tech team that posted a 27-7 record and an 18-game win streak – the longest in the program’s 84-year history. Appleby scored at least 20 points in eight games, paced by a career-best 34 points at Georgia State. He added 28 points against WAC opponent Idaho, setting a career-high with seven 3-pointers.

Hunter, a fifth-year senior, averaged 19.9 points and 8.1 rebounds for the Colonels and was a first-team All-Southland Conference selection. The Denton, Texas native led Nicholls in scoring in 19 games and was the team’s top rebounder in 20 contests. Hunter scored a career-high 36 points in games against New Orleans and Central Arkansas and twice pulled down a career-best 14 rebounds.

Long was joined on the third team by Robert Lovaglio of Loyola, Rodney Milum of LSU-S, Malcolm Miller of Southern and Tulane’s Ricky Tarrant.