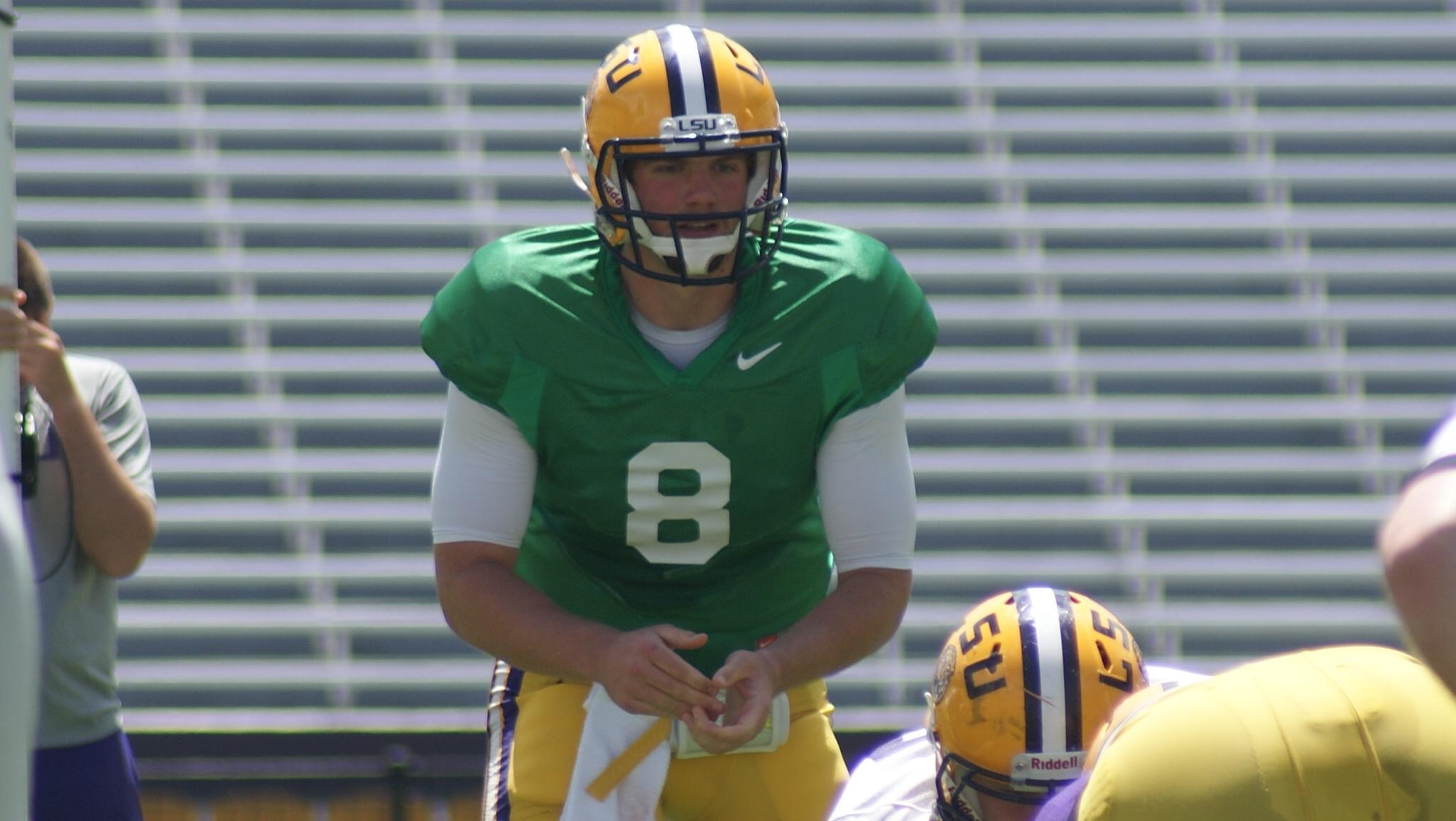 BATON ROUGE – The offense took advantage of a defense that was short on numbers Saturday as quarterback Zach Mettenberger threw for 276 yards and six touchdowns in LSU’s second full-scale scrimmage of the spring here in Tiger Stadium.

LSU, now 12 practices through spring drills, wraps up spring practice on Saturday, April 20 with the National L-Club Spring Game presented by Tony Chachere’s at 2p.m in Tiger Stadium. Admission to the spring game is free.

Saturday’s scrimmage, which saw the first and second team each get 45 snaps, focused on redzone and tight zone situations as well as third-down opportunities. LSU also worked on all phases of special teams during the scrimmage and they closed out the practice with a segment devoted to field goal kicking.

“We had a really productive week of practice, capped with a good scrimmage today,” LSU coach Les Miles said following the scrimmage. “The defense played without three starters so that hampered us on that side of the ball. I thought we had good effort on both sides of the ball and the offense continues to getter better. Zach is playing with a lot of confidence.”

Mettenberger had impressive outing throwing the football on Saturday as he connected with on a 47-yard TD pass Jarvis Landry and a 36-yard scoring play to Odell Beckham, Jr. Running back Jeremy Hill took a Mettenberger screen pass and rambled 47 yards for a score.

Backup quarterback Anthony Jennings completed 8-of-11 passes for 98 yards and three TDs. He also added 36 rushing yards on four carries. Jennings had TD passes of 20 and 13 yards to Landry and a 20-yard catch-and-run by Connor Neighbors.

Stephen Rivers connected on 3-of-5 attempts for 31 yards, while Hayden Rettig was 4-of-9 for 97 yards and a touchdown.

On the ground, Kenny Hilliard led all rushers with 91 yards on 14 attempts, followed by Hill with 39 yards and one TD on seven carries and Terrence Magee 46 yards on five attempts.

Beckham led all receivers with six receptions for 101 yards and three touchdowns, followed by Landry with four catches for 85 yards and three scores. Freshman John Diarse and Travin Dural also added receiving TDs for the Tigers.

“I felt like the first defense played well despite being without three key players,” Miles said. “We are getting a lot of young players on defense some valuable reps this spring. We are down to our final three practices this spring and we need to get the most out of them.

“We’ve had 12 very productive practices so far. We need to close out next week with three good days of work and then we’ll turn out attention to the offseason conditioning program. I like where we are right now. The key is to get better each time we take the field and so far, this team has done that this spring.”

The Tigers will practice again on Tuesday, followed by LSU Student Day at football practice on Thursday afternoon. The Tigers close out the spring next Saturday at 2 p.m. with the spring game.