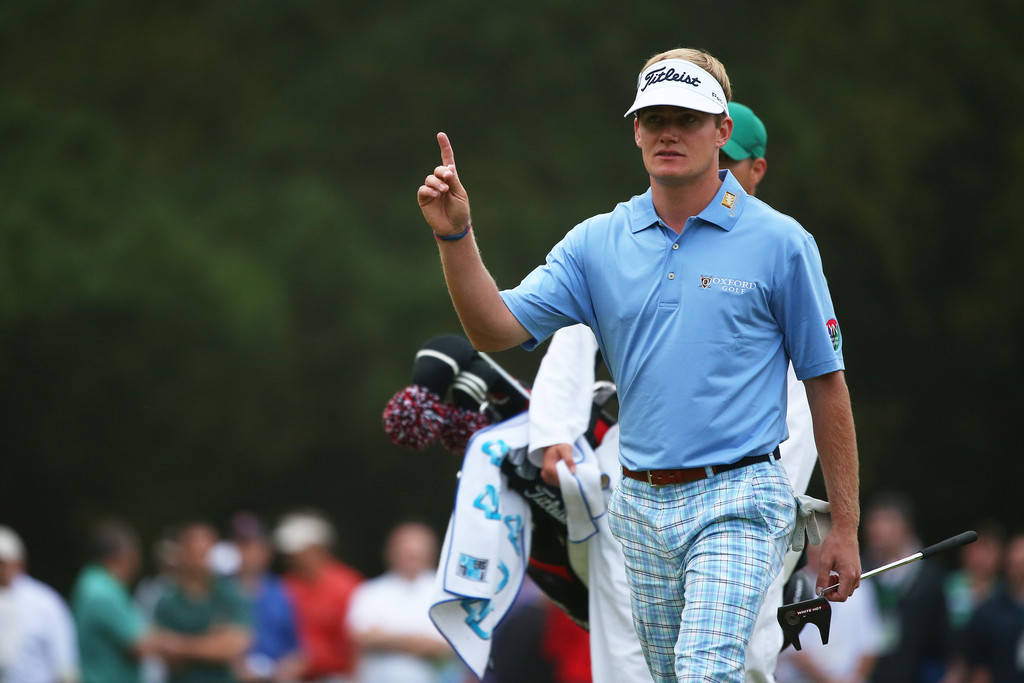 AUGUSTA, Ga. – LSU will be well-represented on the weekend at the 2013 Masters Tournament as Tiger greats David Toms and John Peterson have each earned the right to compete for the green jacket over the final two rounds while making the cut following Friday’s second round at Augusta National Golf Club.

Toms has cracked the Top 30 of the leaderboard after 36 holes after posting a 2-over par 74 in the second round to finish the day in a tie for 27th place at even-par 144 for the championship.

Toms finished strong with birdies on two of his last three holes at the par-three 16th hole and par-four 18th hole to climb back to 2-over par for his round and even-par for the championship. He added a birdie at the par-four seventh hole while also carding three bogeys and one double bogey on a difficult day of scoring at Augusta National.

Peterson was one of seven players to finish right on the cut line at 4-over par for the tournament as he followed a 1-under 71 in the first round with a 5-over 77 in the second round in his first Masters appearance.

Only 25 of the 93 players in the field broke par in the second round, led by Australia’s Jason Day with a 4-under par 68 to grab a narrow one-shot lead with a two-day total of 6-under par 138 after 36 holes.

Finishing the day just one stroke off the pace at 5-under par 139 were fellow Australian Marc Leishman and Fred Couples of the United States. Former Masters champion Angel Cabrera is among three golfers only two shots back in a tie for fourth place on the leaderboard at 4-under par 140 for the championship.

Peterson will tee off in the second group of the day in Saturday’s third round as he will tee off on the first tee alongside Ryo Ishikawa of Japan at 8:35 a.m. CT. Toms will tee off along with former Alabama All-American and PGA Tour veteran Michael Thompson as part of the 18th group off the first tee at 11:25 a.m.

CBS will provide live television coverage of Saturday’s action at The Masters from 2-6 p.m. CT. Fans can also watch live coverage of selected holes and selected groups by logging on to official website of the tournament at www.Masters.com. The website will also provide complete third-round pairings and a live leaderboard throughout the weekend as players compete for the coveted green jacket.