Track & Field Set to Host 'Battle on the Bayou' 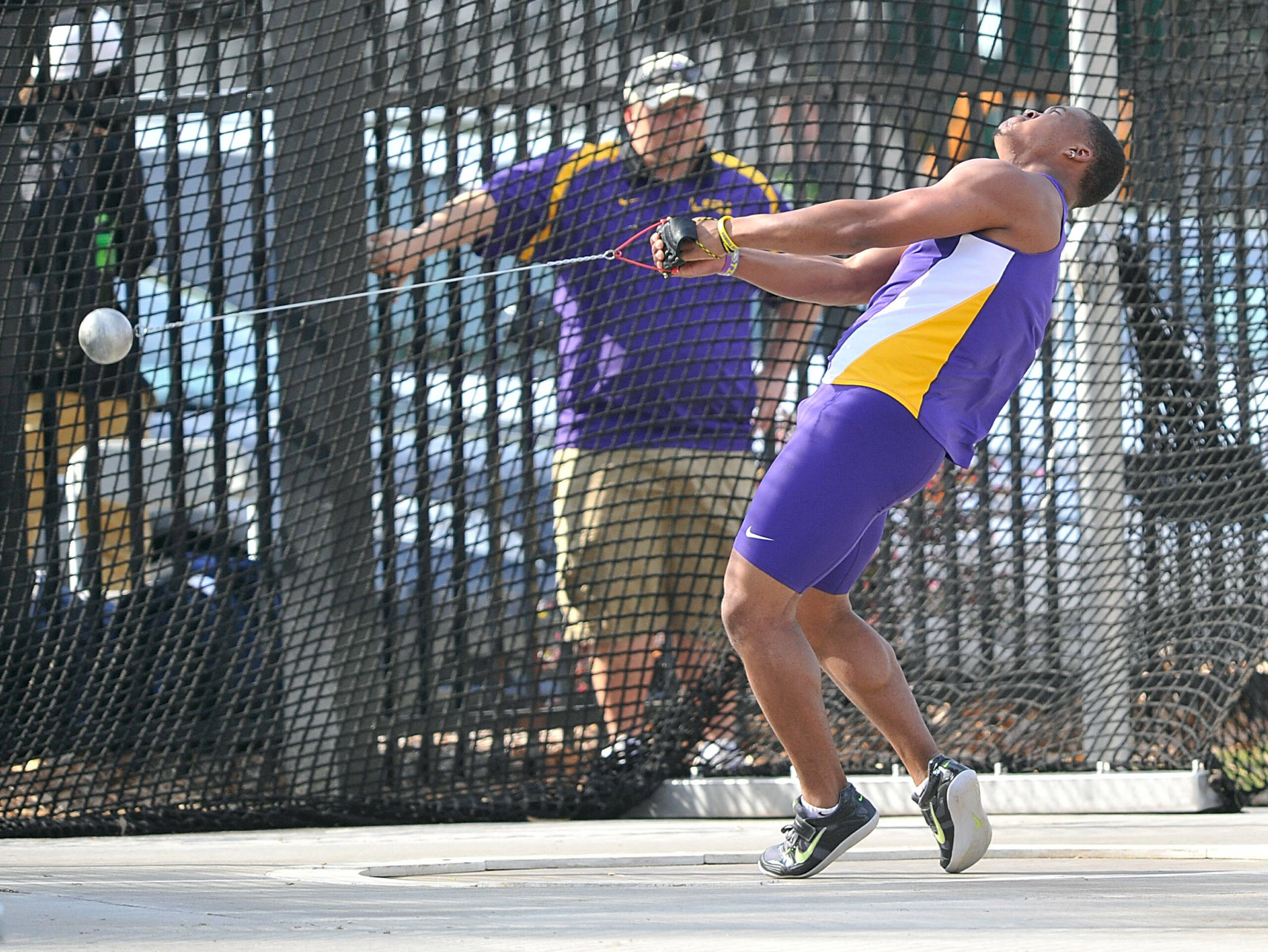 BATON ROUGE – The LSU Track & Field program will welcome four teams from across the country to Baton Rouge this weekend as Arizona State, Connecticut, Mississippi State and Penn State take part in LSU’s annual scored meet with the third-annual “Battle on the Bayou” running Saturday at the Bernie Moore Track Stadium.

The afternoon session is scheduled to begin at 1:45 p.m. CT following a brief opening ceremony. The team champions will be crowned immediately following the running of the 4×400-meter relays at 4:05 p.m.

The first 100 fans through the gates at the Bernie Moore Track Stadium beginning at 1 p.m. will receive a free LSU Track & Field t-shirt, courtesy of the LSU Marketing & Promotions Department. The first 100 fans at the event after 1 p.m. will also receive free jambalaya thanks to their attendance at this year’s “Battle on the Bayou.”

Teams in both genders will be competing with an alternate scoring format of 9-7-6-5-4-3-2-1 with the top two athletes for each team earning points in each individual event. The scoring format for relays is 9-7-6-5 with just one relay per team allowed to score in both the 4×100-meter and 4×400-meter relays.

The Lady Tigers are the new No. 1-ranked team nationally in the latest Track & Field News Women’s Collegiate Dual Meet Top 25 Rankings following their sweep of No. 11-ranked UCLA and No. 25-ranked TCU over the weekend at the Rafer Johnson/Jackie Joyner-Kersee Invitational held at UCLA’s Drake Stadium. They are now a perfect 4-0 in dual meet competitions during the 2013 season. Joining the Lady Tigers in the meet are No. 8-ranked Arizona State, No. 14-ranked Penn State and unranked Mississippi State in this week’s dual meet rankings.

Since Saturday’s competition features the maximum of four teams allowed in a scored-meet format, the final women’s standings at this year’s “Battle on the Bayou” will be factored with Track & Field News’ Women’s Collegiate Dual Meet Top 25 Rankings that will be updated on Tuesday, April 16.

The Tigers enter the weekend ranked No. 10 nationally in the USTFCCCA Top 25 men’s power ranking and No. 12 in the Track & Field News Men’s Collegiate Dual Meet Top 25 rankings released this week. Other squads ranked in this week’s USTFCCCA Top 25  are No. 13 Mississippi State, No. 17 Arizona State and No. 19 Penn State, while Connecticut rounds out the men’s field.

Live results of this year’s “Battle on the Bayou” can be found online by logging onto the official website of LSU Athletics at www.LSUsports.net. Fans can also receive live scoring and live event updates during the event by liking LSU Track & Field on Facebook and by following @LSUTrackField on Twitter as part of LSU’s growing social media following.

Twitter users are invited to join in the conversation by not only following @LSUTrackField, but also using the Twitter hashtag #BayouBattle in their tweets throughout Saturday’s competition.

LSU swept team titles at the second-annual “Battle on the Bayou” a year ago as the Tigers scored 174.5 points and the Lady Tigers totaled 157.5 points in 19 events contested in 2012. The Texas A&M Aggies swept team titles on the men’s and women’s sides in the inaugural event held during the 2011 outdoor season.

After hosting the “Battle on the Bayou” on Saturday afternoon, the Tigers and Lady Tigers will play host to their annual LSU Alumni Gold event at the Bernie Moore Track Stadium on Saturday, April 20, before wrapping up the regular season with a trip to historic Franklin Field for the 119th running of the Penn Relay Carnival set to run April 25-27 at the University of Pennsylvania in Philadelphia.