LSU Pair Opens Under Par at The Masters 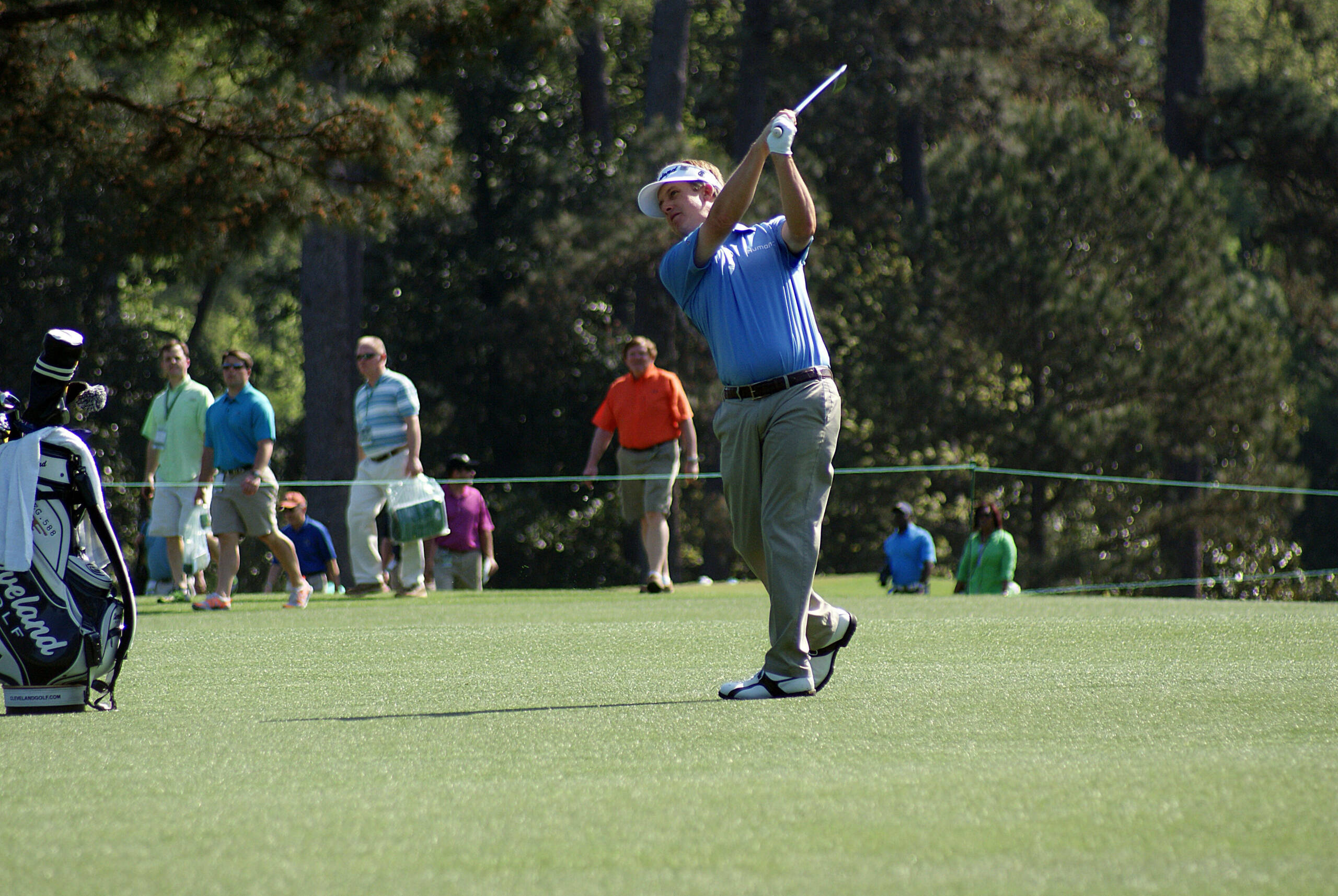 AUGUSTA, Ga. – Two LSU Tigers are off to a fast start at the 2013 Masters Tournament as David Toms fired a 2-under par 70 and John Peterson carded a 1-under par 71 in Thursday’s opening round of the first major championship of the PGA Tour season being held this weekend at historic Augusta National Golf Club.

Toms finished the day in a tie for 13th place and Peterson wrapped up the round in a tie for 23rd place on the leaderboard after teeing off early in Thursday’s opening round.

Sergio Garcia and Marc Leishman opened with matching rounds of 6-under par 66 to take a one-shot lead over Dustin Johnson in third place with his 5-under par 67 in the first round. Trailing by two strokes in a tie for fourth place with scores of 4-under par 68 are Fred Couples, Gonzalo Fernandez-Castano, Rickie Fowler, Jim Furyk, Trevor Immelman, Matt Kuchar and David Lynn.

Toms was one of 10 players in the field to make an eagle 3 at the par-five 15th hole to highlight his round, while also carding three birdies and three bogeys en route to a 2-under 70 for the day.

Not only did Peterson play his first career round at The Masters on Thursday, but he teed off in the very first group of this year’s championship with a 7 a.m. CT tee time from the first tee.

Peterson was steady throughout his round while making 12-straight pars before draining a four-foot putt for birdie at the par-five 13th hole to drop to 1-under par for his round. He then holed his second birdie in three holes at the par-five 15th hole before giving a shot back with a bogey at the par-four 17th hole for his only bogey of the day. Peterson finished with a par at No. 18 for an opening score of 1-under 71.

The two LSU greats earned the right to compete at The Masters this year after tying one another for fourth place at the 2012 U.S. Open Championship held at The Olympic Club in San Francisco, Calif., last summer.

Both Peterson and Toms will remain in their first-round pairings in Friday’s second round as Peterson will tee off with Sandy Lyle and amateur Nathan Smith at 9:56 a.m. CT and Toms will tee off with Ted Potter, Jr. and Richard Sterne at 10:29 a.m. The field will be cut to the Top 50 and ties or those within 10 strokes of the leader’s score following Friday’s action at Augusta.