Student-Athletes Host 'Touring with the Tigers' 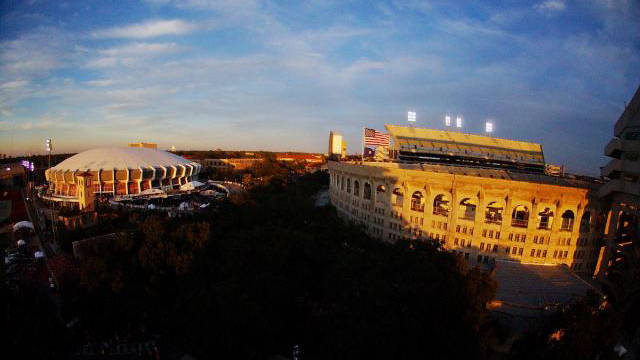 Day one kicked off with a tour of the LSU Football Operations Center.  Following the tour, the children participated in games and a scavenger hunt led by football’s Jarrett Fobbs and other student-athletes in the Fellowship of Christian Athletes.

After enjoying lunch with Mike the Tiger and the cheerleaders, the Big Buddy participants received a tour of Maddox Fieldhouse from gymnasts Ericka Garcia, Michelle Gauthier, Jessie Jordan, Jessica Savona and Britney Taylor. During the tour, the children participated in drills on the beam, floor, and trampoline.

The second day of the event started with a tour of the LSU campus, relay games on the Parade Grounds, and a tour of the LSU Hill Memorial.  The children then made good luck cards for the women’s basketball team as well as a poster for the LSU softball game.  The youth and their parents were invited to attend the Southeastern Louisiana game at Tiger Park.

Day three opened up with the participants attended swimming and diving practice at the LSU Natatorium before taking a tour of Alex Box Stadium.  The tour of Alex Box included the opportunity to run the bases and meet the LSU Bat Girls.

The final day began with the Big Buddy members taking a tour of Tiger Stadium.  After the tour, football’s James Hairston and other student-athletes read to the children at the Barnes and Noble on campus.

“I enjoyed spending time with all the kids” Hairston said. “Hopefully, they learned the importance of reading after they saw me struggling to read well out loud.”