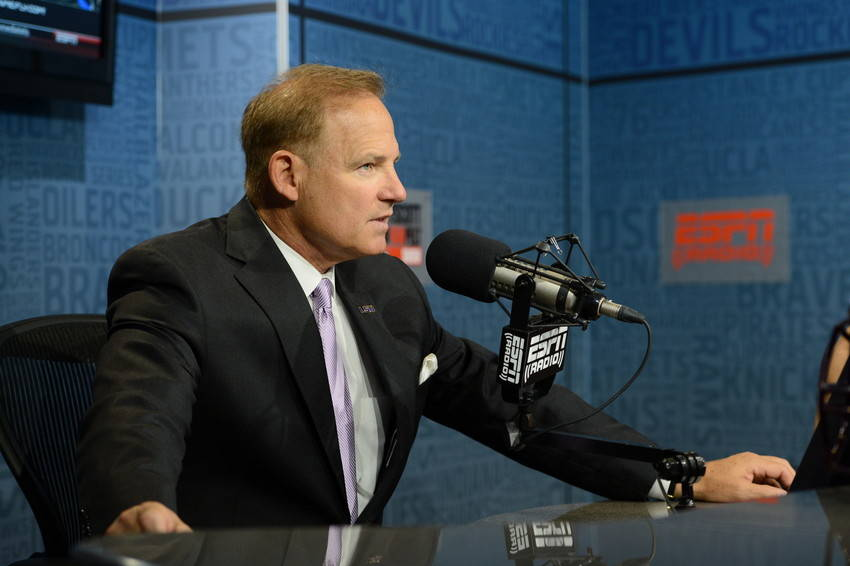 BATON ROUGE – ESPN will make a stop on its spring football tour tomorrow at LSU as Chris Fowler and Kirk Herbstreit will be on campus to get a spring practice update on the Tigers.

LSU is the second of what will be nine stops over the next two weeks for ESPN during their spring football tour. ESPN opened the tour at Alabama on Wednesday and they will be at Texas A&M on Friday. Other tour stops include Texas (April 13), Louisville (April 15), Ohio State (April 16), Michigan (April 17), Michigan State (April 18) and Notre Dame (April 19).

As part of ESPN’s coverage of LSU football on Thursday, Herbstreit and Fowler will interview head coach Les Miles at 12:40 p.m. CT on SportsCenter followed by an interview with quarterback Zach Mettenberger at 1:15 CT that will air during College Football Live at 2:30 p.m. CT.

The ESPN crew will close out the day at LSU with Herbstreit and Fowler co-hosting College Football Live from the LSU Indoor Facility from 2:30 to 3 p.m. CT.

LSU will practice tomorrow starting at 3:30 p.m. and will be then close out the week with its second full-scale scrimmage at 11 a.m. on Saturday in Tiger Stadium.

LSU wraps up spring drills at 2 p.m. on Saturday, April 20 in Tiger Stadium with the annual National L-Club Spring Game presented by Tony Chachere’s. Admission to the spring game is free.