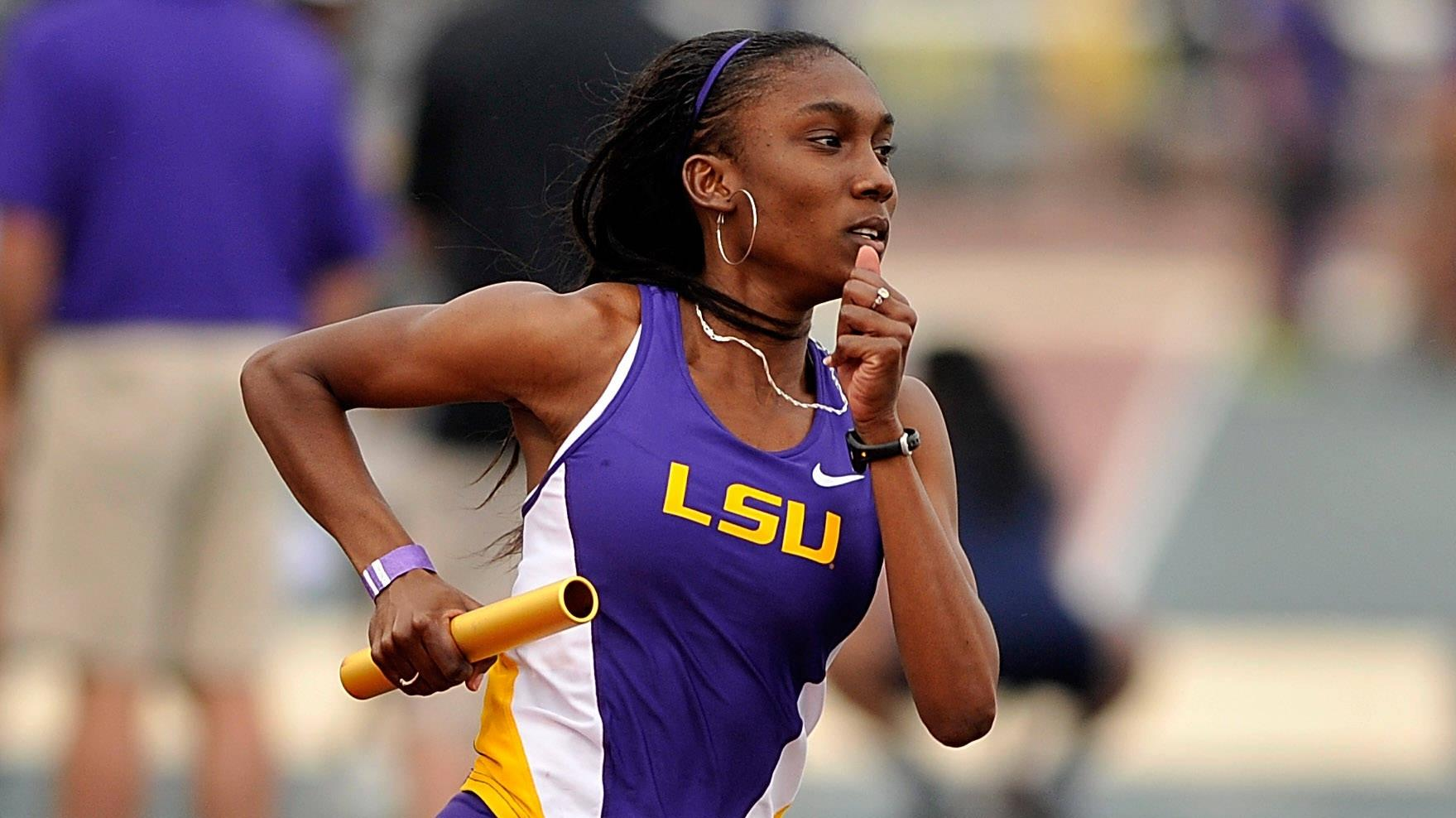 BATON ROUGE – In the wake of her historic 800-meter victory during Saturday’s action at the Rafer Johnson/Jackie-Joyner Kersee Invitational held at UCLA’s Drake Stadium, Lady Tiger junior Natoya Goule was named Tuesday as the Southeastern Conference Women’s Runner of the Week for the second time during the 2013 campaign.

While making her outdoor debut in the 800 meters, Goule raced to an SEC-leading, NCAA-leading and world-leading time of 2 minutes, 1.18 seconds to break LSU’s outdoor school record in the event. She eclipsed the 9-year-old school record of 2:01.32 set by former Lady Tiger national champion Neisha Bernard-Thomas during the 2004 season.

The NCAA Indoor 800-meter champion has now set a school record in each of her last two 800-meter races as she took the title with a run of 2:02.00 at the NCAA Indoor Championships on March 9.

In addition, Goule also led the Lady Tigers to a victory in the 4×400-meter relay at the Rafer Johnson/Jackie Joyner-Kersee Invitational on Saturday afternoon as she clocked a 53.2-second split on the anchor leg to team with senior Latoya McDermott, junior Nikita Tracey and senior Siedda Herbert to run their second-fastest time of the spring season at 3:34.94.

Goule’s performance helped lead the Lady Tigers to a dual-meet sweep on Saturday with a 92-70 victory over the UCLA Bruins and a 111-42 victory over the TCU Horned Frogs during the competition.

This marks the second time during the 2013 season in which Goule has been named the SEC Women’s Runner of the Week as she was also honored on Jan. 29 during the indoor campaign. A Lady Tiger has captured the award in each of the last two weeks following Kimberlyn Duncan’s selection a week ago as both Goule and Duncan have accounted for all five of LSU’s SEC Women’s Runner of the Week honors this season.