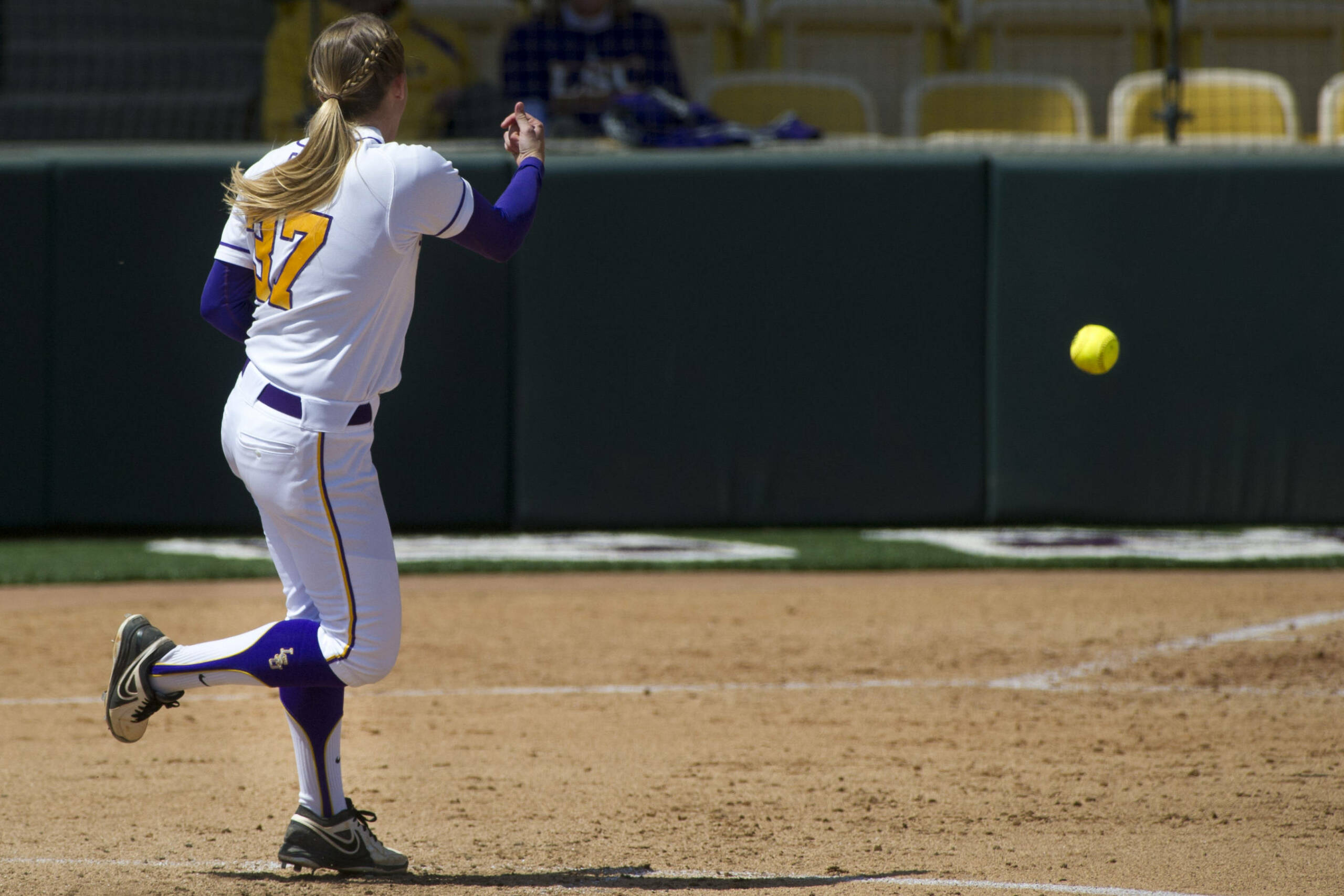 Nominee for SEC Offense Player of the Week

A.J. Andrews, So., Oldsmar, Florida
Andrews racked up a trio of three-hit performances en route to a .600 batting average for the week. She was the catalyst for the Tigers from the top of the order with five runs scored, four RBIs and four stolen bases. With LSU trailing 3-2 at Florida State, a team receiving votes in the Top 25 polls, Andrews delivered a two-run double with two outs to give the Tigers a 4-3 edge. She added a RBI single during the sixth inning which proved to be the game-winner during a 5-4 triumph and matched a career-best three RBIs versus the Seminoles. The Florida native scored three runs and added three more hits to lead LSU to an 8-2 series opening win at Arkansas. In the series finale, Andrews capped LSU’s four-run comeback in the late innings with another three-hit performance. Once again, she came up big in a clutch situation with a two-out triple for the equalizer during the sixth inning. She also raced home with the game-winning run on a wild pitch.

Rachele Fico, Sr., Oxford, Connecticut
Fico grinded out a trio of road victories and became only the third pitcher in program history to put together three 20-win seasons. Six of her 11 runs allowed on the week were unearned. She went the distance and surrendered only four runs, one earned, after the second inning to enable the Tigers to collect a pair of comeback victories over Florida State and Arkansas.

Bianka Bell, Fr., Tampa, Florida
Bianka Bell came away with another solid week and secured RBIs in every game to bring her streak to eight consecutive contests with a RBI. She added a pair of multi-hit efforts which included her team-leading ninth home run of the season. Her sacrifice fly during the third inning and her two-out RBI single in the fifth inning played key roles in LSU’s comeback wins over Florida State and Arkansas, respectively.

Notes on the Tigers
No. 13 LSU added another 3-1 week to start the month of April and won its fourth straight SEC series by taking two of three games at Arkansas. After five weeks of conference play, the Tigers have garnered a 9-3 league mark to maintain sole possession of first place in the SEC Western Division standings. Rachele Fico, who was selected as the No. 1 overall pick by the Akron Racers in the 2013 NPF College Draft and named one of 10 finalists for the Senior Class Award earlier in the week, factored in all four decisions. She reached the 20-win plateau for the third time in her career. The only other LSU pitchers to accomplish that feat are fellow All-American Britni Sneed along with Ashley Lewis. Offensively, A.J. Andrews sparked the top of the lineup and produced a trio of three-hit performances to claim an impressive .600 batting average for the week. She delivered two game-winning hits versus Florida State and during the rubber game of the Arkansas series. The Florida native matched a career-high with three RBIs at Florida State. Andrews also garnered four steals and is a perfect 16-for-16 in the stolen base department. Bianka Bell continued her hot streak and extended her streak to eight straight games with a RBI. She ripped her team-leading ninth home run of the season in game two at Arkansas. Sandra Simmons tacked on three RBIs highlighted by her first career triple in the Arkansas opener. The Andrews-Bell-Simmons combo is three of five LSU players to register 20 RBIs on the season. Simone Heyward and Lauren Houston played a vital role during the comeback win at Florida State. They combined to score all five of the team’s run and Houston’s three runs were a career-best. Heyward also coaxed a pair of walks to fuel the Arkansas rally in the series finale. LSU concludes its eight-game road swing with a weekend series at No. 9 Texas A&M [Friday – 7 p.m.; Saturday – 4 p.m.; Sunday – 12:30 p.m.]. Saturday’s and Sunday’s contests will be televised by ESPN and FSN, respectively.