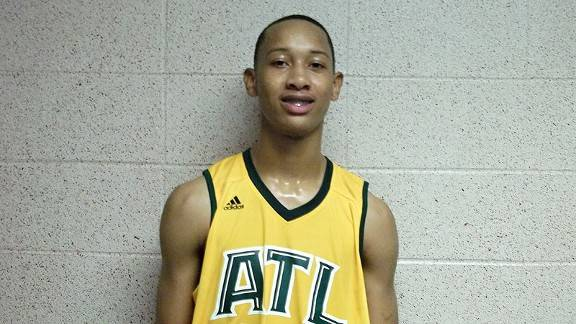 BATON ROUGE – The accolades continue to flow in for the LSU men’s basketball signing class as Tim Quarterman of Johnson High in Savannah, Ga., was named on Tuesday the Class AAA Player of the Year in the state by the Georgia Sportswriters Association.

Quarterman’s coach Utaff Gordon was selected as the Class AAA Coach of the Year after guiding the Atom Smashers to the third state title in school history.

“Personally, I’ve been coaching so long, all I do is coach and try to put the best team on the floor,” Gordon said to SavannahNow.com. “To be honest, I’m embarrassed by it all. But I’m really happy for Tim (Quarterman). He’s a young guy and this is going to do a great deal for his confidence going forward.”

Quarterman, the Region 1-AAA Player of the Year who signed with the Tigers in the early signing period, excelled during the playoffs, leading the second-seeded Atom Smashers to the finals against Savannah High. Quarterman would have a game-high 21 as Johnson won, 61-51. The 6-5, 185-pounder averaged 20 points per game and had a season high of 35 against national power Oak Hill Academy of Virginia.