Blogging from the Berm: Czechner and Kloss 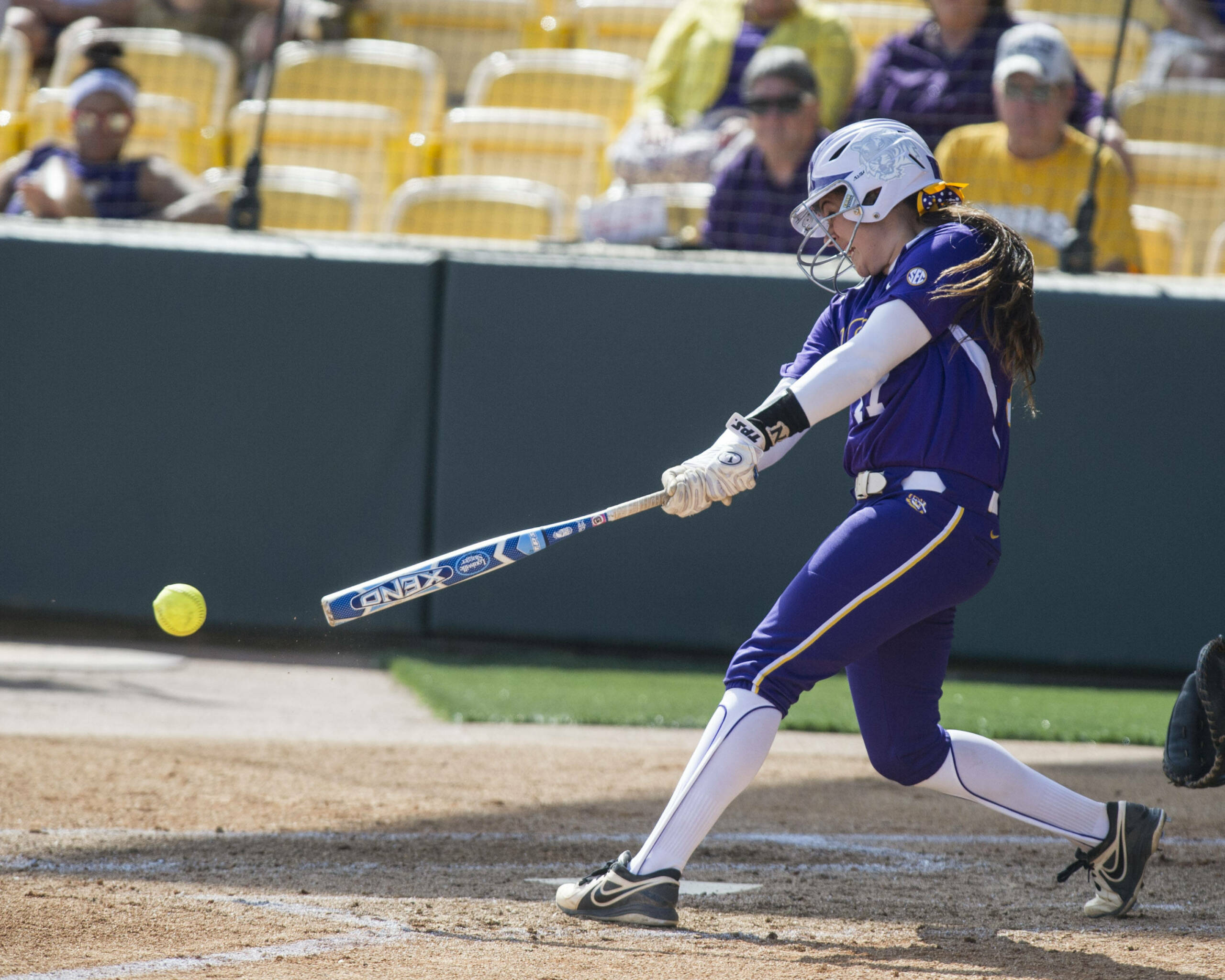 TALLAHASSEE, Fla. – LSU softball’s “Blogging from the Berm” brings back its question and answer format from the team’s 2012 postseason run to the Women’s College World Series.

Ashley Czechner and Kellsi Kloss answer questions ranging from the most surprising thing about SEC play to who has the best road trip food.

The Tigers open the April portion of their schedule and a nine-game road swing Wednesday against Florida State. First pitch is on-tap for 4 p.m. CT from JoAnne Graf Field.

Both games of the twinbill will be broadcasted on Country Legends 104.9 FM by the LSU Sports Radio Network and can be accessed by Geaux Zone subscribers at www.LSUsports.net/live.

Question: What is your favorite part about road trips? Who is the loudest on the bus?

“My favorite part is all the free meals and getting to do yoga with our athletic trainer Pamela Workman. Bianka Bell is definitely the loudest on the bus. As I’m typing this, she’s projecting her voice across the bus so everyone can hear what she’s saying.” – Czechner

“My favorite part about road trips is probably watching movies as a team and laughing so hard that we can’t even hear what’s going on half the time. And I’m going to have to agree with Ashley, Bianka is definitely the life of the bus. You better enjoy the silence while she’s taking a nap because when she wakes up, it’s on.” – Kloss

“I think Alayna Falcon has the best snacks on the bus. I’m pretty sure I ate her entire bag of Hershey Drops one time.” – Kloss

Question: If you weren’t in Tallahassee  and Fayetteville for Spring Break, where would you be?

“Either South Carolina spending time with my family or somewhere tropical so I could get rid of these tan lines.” – Czechner

“Even though both Tallahassee and Fayetteville are high on my list of places to visit, I’d probably want to go to a place with nice beaches like southern California. Like Ashley, my tan lines are not looking good at the moment.” – Kloss

Question: Arkansas calls the hogs by cheering ‘Pig Souie,’ how do you call Mike the Tiger?

“I would call Mike with an elephant squeaky toy that has a big Alabama A on the side of it.” – Czechner

“To call Mike, I’d probably make a sad attempt at a Tiger roar. Hopefully, he’d feel bad for me and make his way over.” – Kloss

Question: What has been the most surprising thing about SEC play?

“The most surprising thing to me about SEC play is the amount of upsets that have already happened this season. It just goes to show that no team can be taken lightly and that any team can be beaten on any given day if they don’t come ready to play.” – Czechner

“The most surprising thing about playing in the SEC for me is how much dedication the fans have for their teams. In every series we’ve played so far, the fans for both sides have been relentless. I’ve never been a part of something that people take so much pride in so I was pleasantly surprised to see that. LSU fans are still by far the best though.” – Kloss

Question: Wednesday’s doubleheader at Florida State has been billed as Military Appreciation Day. Have any family or close friends served in a branch of the Armed Forces?

“Sadly no however, I have so much respect for the men and women who serve in the military. They are American heroes and deserve to be recognized for all of their hard work and sacrifice.” – Czechner

“I’m proud to say that both my Grandpa’s have served, one in the Army and one in the Navy. I think it’s awesome that Florida State is dedicating Wednesday’s game to those in the Armed Forces to recognize their commitment to serve our country. I’m excited to see what they have planned.”