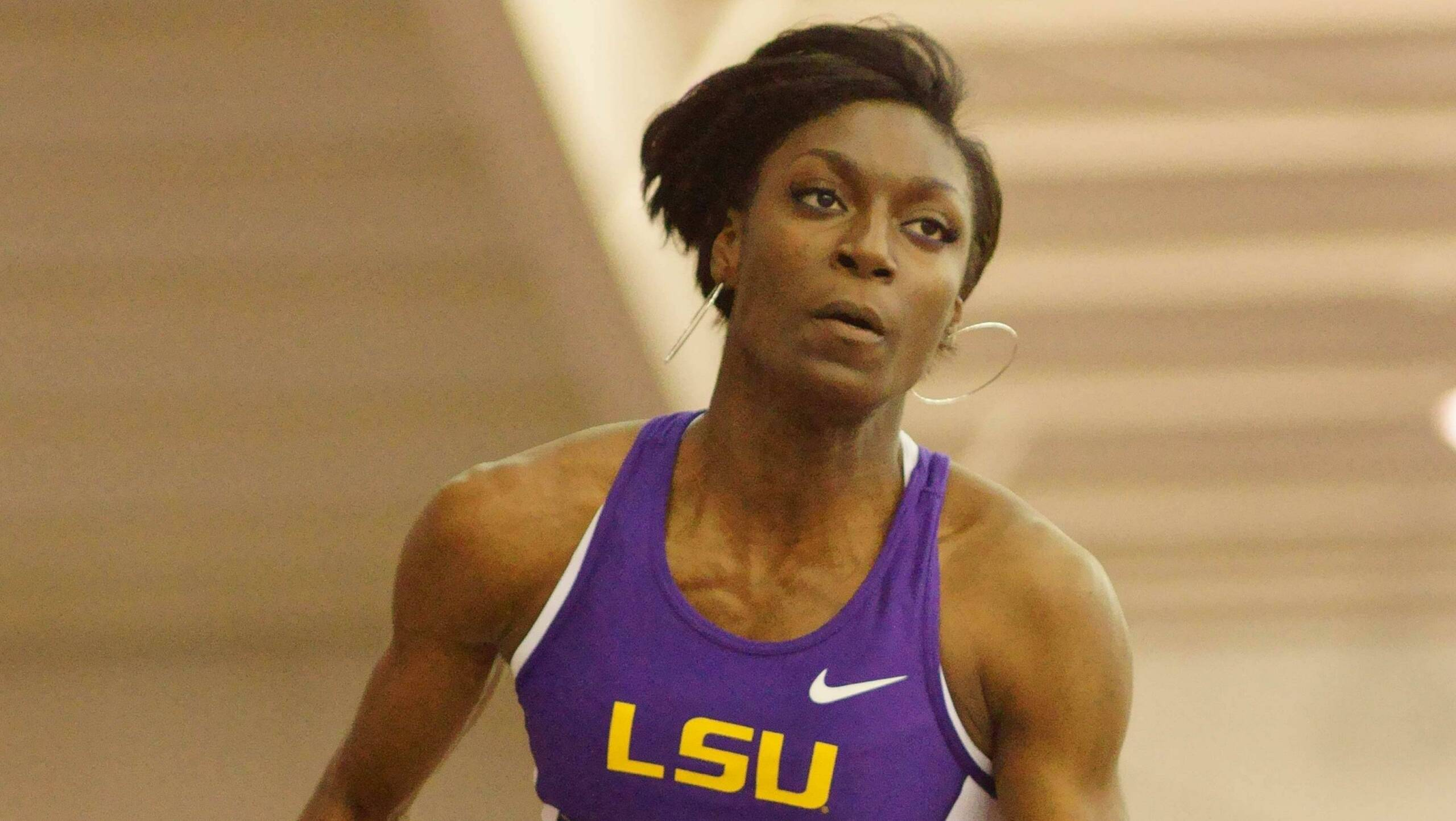 BATON ROUGE – Lady Tiger sprint star Kimberlyn Duncan has followed her performance at the Texas Relays with a selection as the SEC Women’s Runner of the Week for the second year in a row after opening up the outdoor season as the NCAA leader in the 100-meter dash in defending her event crown on Saturday afternoon.

Duncan became the third Lady Tiger in program history to win back-to-back university 100-meter titles at the Texas Relays after sprinting to the fastest time in the NCAA this season with a wind-aided 11.06 seconds for an impressive victory in her first championship final of the 2013 outdoor season.

She joins LSU greats Cheryl Taplin (1993-94) and Muna Lee (2003-04) as the only Lady Tigers in the program’s storied history to claim consecutive Texas Relays titles in the women’s 100-meter dash.

Duncan also ran the second leg on two of LSU’s relays at the 86th Clyde Littlefield Texas Relays in a win in the sprint medley relay and runner-up finish in the invitational 4×100-meter relay.

She helped the Lady Tigers win their fourth sprint medley relay title in five seasons at the Texas Relays as she teamed with senior Latoya McDermott (200 meters), senior Siedda Herbert (400 meters) and junior Natoya Goule (800 meters) to run the second-fastest time in school history at 3 minutes, 43.98 seconds. It marked LSU’s 13th victory all-time at the Texas Relays in the women’s sprint medley relay.

Duncan also ran the second leg on LSU’s 4×100-meter relay team that raced to a seasonal-best time of 43.70 for second place in the invitational final on Saturday for the NCAA’s No. 4-ranked performance this year. She teamed with junior Jasmin Stowers, junior Takeia Pinckney and junior Toshika Sylvester in their seasonal-best performance.

This marks the third time this season and the 10th time in her collegiate career that Duncan has been honored as the SEC Women’s Runner of the Week. She was also twice selected by the conference during the indoor season on Jan. 22 and Feb. 5 as the top performer on the track.