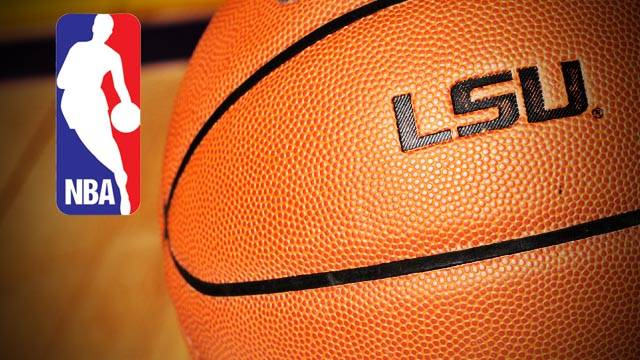 Davis will begin his fifth year in the NBA and he spent his first four all with the Boston, winning the NBA title in 2008.

Johnson returns with the Portland Trailblazers for his second season in the NBA. After starting off last season with the Celtics, Johnson was traded mid-season to Portland and helped lead them back to the playoffs.

Lazare is starting his first season in the NBA. The Baton Rouge native has spent the previous two seasons in the NBA Development league. (NOTE: After publication, Lazare was waived by the Pacers and will return to the D-League’s Fort Wayne Mad Ants).

Randolph will begin his fourth season in the NBA. After starting his career with Golden State Warriors, he was traded in the off season to the Minnesota Timberwolves.

Thomas, the 2006 SEC freshman of the year, will be in his second year with the Charlotte Bobcats. The five-year NBA veteran will be looking to help the Bobcats back to the playoffs after missing the postseason last year.

Thornton will begin his third season in the NBA. He played his first two seasons with the New Orleans Hornets before being traded mid-season last year to the Sacramento Kings. The 2009 SEC player of the year will be in his first full season with the Kings.

Check back to LSUsports.net for weekly ‘Tigers in the NBA’ updates.