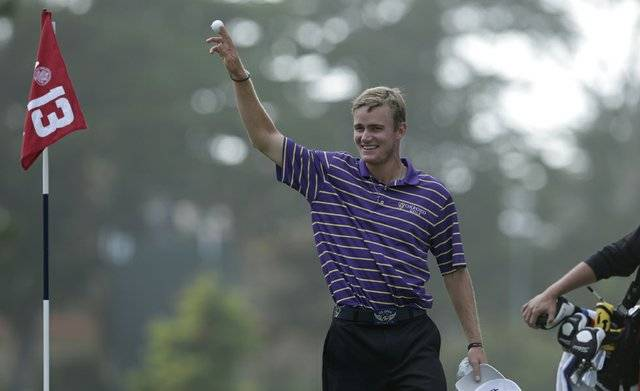 SAN FRANCISCO, Calif. – Two LSU Tigers finished among the Top 10 of the leaderboard in a major championship for the first time in program history as LSU greats David Toms and John Peterson matched one another with 72-hole scores of 3-over par 283 in four days at The Olympic Club to tie one another for fourth place at the 112th United States Open Championship.

After playing alongside one another in the second to last pairing in Saturday’s third round, Toms wrapped up the championship with a 2-under par 68 and Peterson carded an even-par 70 on Sunday afternoon to tie Jim Furyk, Padraig Harrington and Jason Dufner for fourth place overall.

They finished just two shots off the pace as Webb Simpson was crowned this year’s U.S. Open champion after posting 1-over 281 to become the 14th different major champion in the last 14 majors.

With their performance, both Toms and Peterson receive an exemption into the field for the 2013 Masters Tournament and 2013 U.S. Open Championship.

Toms earned his best career finish at the U.S. Open and took home his 10th career top-10 finish in a major championship by tying for fourth place this weekend. He had twice tied for fifth place at the U.S. Open in 2003 and 2007 as he now owns three top-10 finishes in 16 career starts in the event.

Toms was brilliant in firing the second-lowest round of Sunday’s finale as he quickly rebounded from his bogey at the par-four fifth hole with a birdie at the par-four seventh hole before making the turn at even in his round. He then made two birdies on the back nine at the par-four 12th and par-five 17th holes to card an impressive 2-under 68 and finish with a 72-hole score of 3-over 283.

In Sunday’s final round, Peterson’s scorecard featured four birdies, two bogeys and one double bogey as he put himself in position to win, even dropping as low as 2-over for the tournament with his birdie at the par-four 10th hole.

Not only will Peterson receive an exemption to next year’s Masters and U.S. Open tournaments, but he will also earn an exemption into the second stage of this year’s PGA Tour Q-School, which is the final stage that will offer coveted PGA Tour cards for the 2013 season.

And while LSU Tigers have earned a total of 19 top-10 finishes in the history of major championship golf on the PGA Tour, Toms and Peterson are the first to do so on the same weekend.