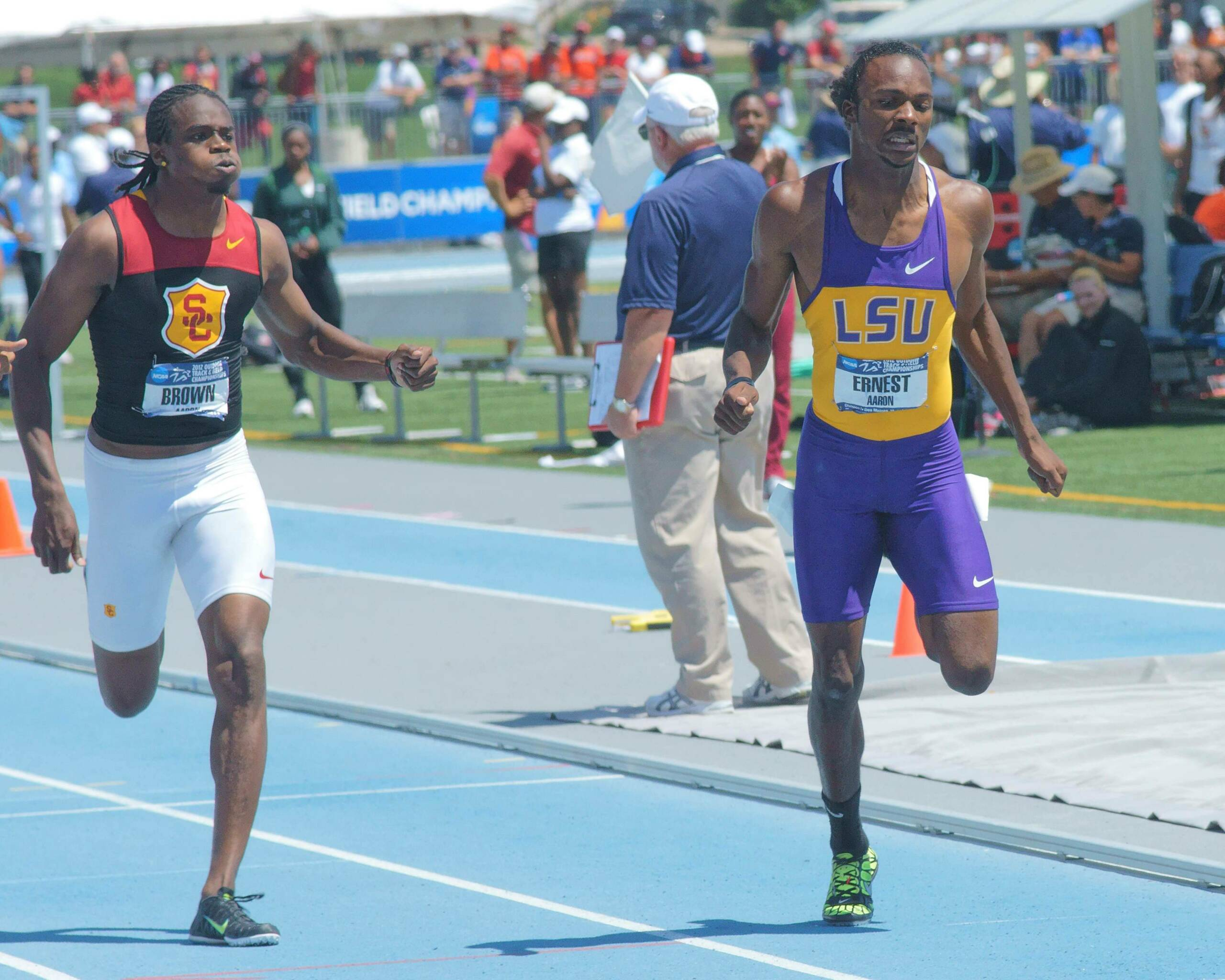 After winning his preliminary heat in 10.32 seconds, Ernest crossed the finish line in 10.46 in the final for the silver medal in his USA Junior Championships debut at E.C. Billy Hayes Track. Ernest was runner-up to gold medalist Tyreek Hill (10.28) in a race run into a headwind of 1.8 meters per second.

By earning one of the top two spots in Friday’s 100-meter final, Ernest earned his spot in the event’s field at the IAAF World Junior Championships being held July 10-15 in Barcelona, Spain.

Ernest will also join Hill in leading Team USA’s 4×100-meter relay at the World Junior Championship as the relay pool will also feature Arthur Delaney of Oregon and Cameron Burrell of CL Athletics.

Ernest wasn’t the only Tiger freshman to compete during Friday’s opening day of competition at the USA Junior Championships as fellow rookie standout Jeremy Tuttle saw action in both the hammer and javelin throws. Tuttle threw a series-best of 211 feet, 10 inches on his third attempt to secure a fourth-place finish in the javelin competition. He fouled his three throws in the prelims of the hammer event.

The action continues Saturday at the USA Junior Outdoor Track & Field Championships as four freshmen are slated to compete. Ernest will run in the prelims of the 200-meter dash, while Rodney Brown will start in the shot put and Quincy Downing and Kendra White will each line up in the 400-meter dash.