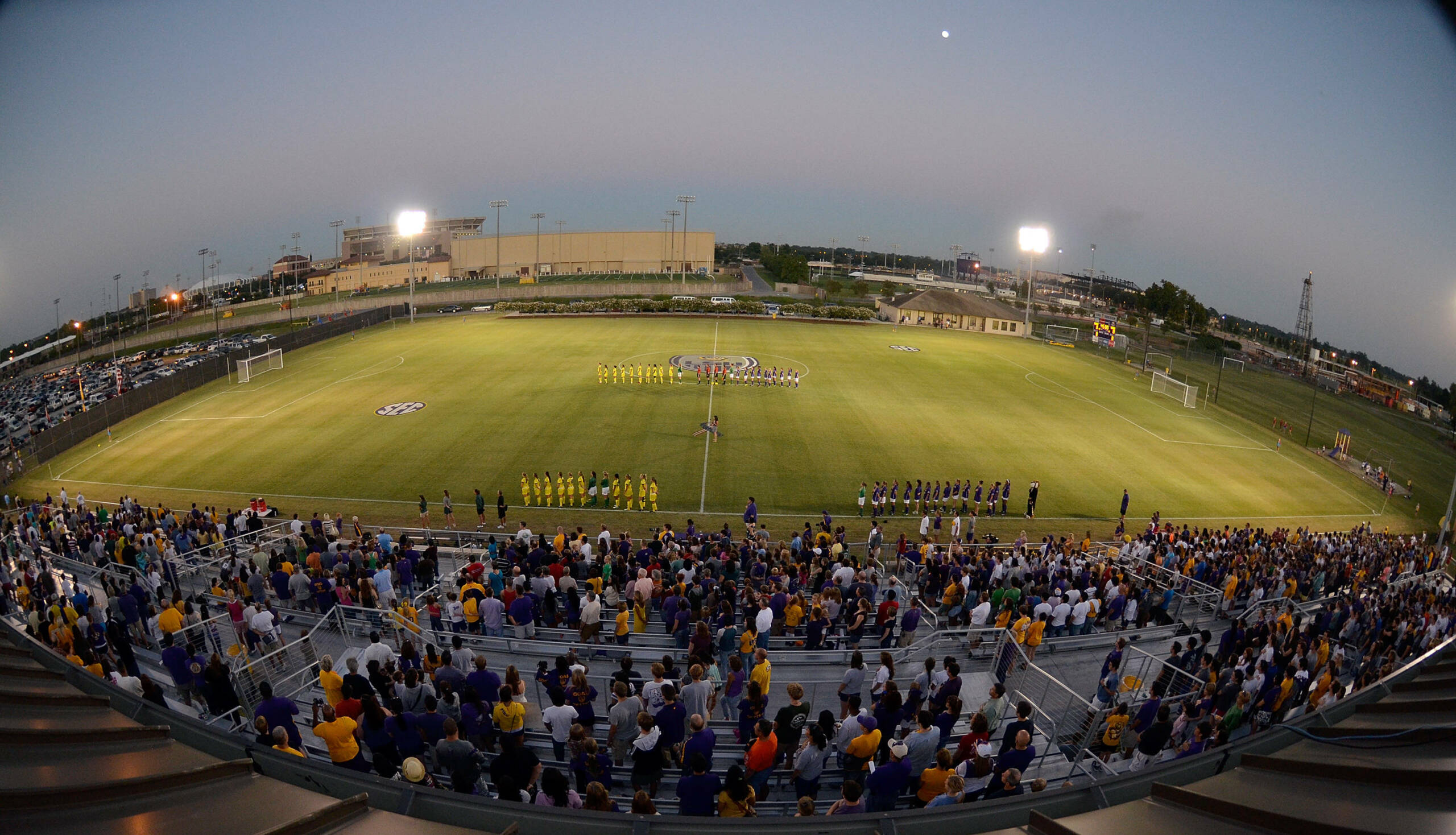 BATON ROUGE – Following the announcement of an expanded slate of 13 conference matches in March, the LSU Soccer program released the addition of seven non-conference games to the fall schedule as the Tigers open the campaign as the defending SEC Western Division champions and SEC runners-up.

The Tigers are slated to kick off the 2012 season with a trip to Norman, Okla., as they take on the Sooners in a match scheduled to kick off Monday, Aug. 20, at 7 p.m. CT at the OU Soccer Complex.

The Memphis Tigers are fresh off a strong 22-1-1 campaign in 2011 in which they advanced to the Round of 32 in the NCAA Tournament while earning a No. 9 national ranking. Florida International also claimed an NCAA Tournament berth as the Sun Belt Conference Tournament champion a year ago.

“Our goal is to create a non-conference schedule that prepares us for SEC play and helps position us for a postseason berth and potential national seed,” said LSU head coach Brian Lee. “We’re fortunate to have a very home-friendly schedule this season that will be a real treat for our fans. Not only will it help our club prepare for the SEC season, but we expect it to really help bolster our RPI late in the season.”

The Tigers will look to defend their SEC West crown and build upon their second-place finish in the final SEC standings from a year ago against an expanded Southeastern Conference that welcomes the Missouri Tigers and Texas A&M Aggies from the Big 12 Conference.

LSU ended the 2011 campaign with a 13-8-1 overall record and an 8-3 mark with 24 points in league play while claiming its fourth SEC West title and fourth NCAA Tournament berth in five seasons.

“We not only have six quality non-conference matches right here in Baton Rouge, but we’ll enjoy playing host to the likes of Texas A&M, Florida, Auburn, Alabama, Kentucky, Vanderbilt and Arkansas in league play to make for a very attractive home slate for our fans,” Lee said. “We expect this to be a very exciting season for the SEC with our expanded schedule with Texas A&M and Missouri now on board.”

The Tigers will open SEC play with a difficult four-game homestand that features four programs claiming a berth into the 2011 NCAA Division I Women’s Soccer Tournament.

LSU will be the first to welcome Texas A&M to the SEC as the sides are set to square off in their opening match in league play at the LSU Soccer Stadium on Friday, Sept. 14. The two teams actually faced one another in the first round of the NCAA Tournament a year ago with the Aggies taking the victory en route to a spot in the second round, where they were knocked out of the postseason by Virginia Tech.

Texas A&M joins the SEC in 2012 after establishing itself as the most successful women’s soccer team in the history of the Big 12 Conference. The Aggies secured seven Big 12 regular season championships and five Big 12 Tournament championships in its history, including the 2011 tournament title.

Also highlighting LSU’s home schedule in 2012 is a match against perennial power Florida scheduled for Friday, Oct. 5. The Gators have captured five of the last six SEC regular season titles since 2006 and were qualifiers for the second round of the NCAA Tournament a season ago.

The Tigers are also scheduled to play host to Vanderbilt on Sunday, Oct. 7, and Arkansas in their regular-season finale on Thursday, Oct. 25, in matches that will be played at the LSU Soccer Stadium.

Among LSU’s six away fixtures in league play in 2012 are three against NCAA Tournament qualifiers from a year ago, including matches against Georgia in Athens on Sunday, Sept. 30, South Carolina in Columbia for Friday, Oct. 12, and Tennessee in Knoxville for Sunday, Oct. 14. Both the Bulldogs and the Gamecocks advanced to the second round of the NCAA Tournament last year, while the Lady Volunteers saw their season come to an end in the first round of postseason play.

The Tigers will also go on the road to face Mississippi State on Friday, Sept. 28, Ole Miss on Friday, Oct. 19, and Missouri on Sunday, Oct. 21. Missouri joins the SEC this season following a successful run in the Big 12 Conference as it claimed back-to-back Big 12 regular season titles in 2008 and 2009.