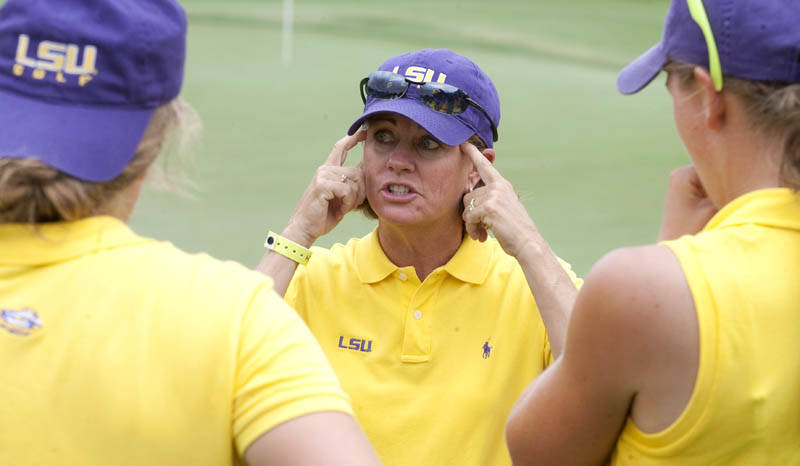 BATON ROUGE – LSU women’s golf coach Karen Bahnsen announced that Ali Lucas will join the women’s golf team starting this fall after transferring from the University of Louisiana at Monroe.

Lucas, who for the past two years has led the ULM team in stroke average, will be entering her junior season when she begins at LSU. She is from Crowley and twice won the Louisiana District II State Tournament while at Notre Dame High School.

Lucas averaged 75.9 strokes per round for the Warhawks over eight events with four top 10 finishes, including back-to-back events when she was second in the Blue Raider Invitational and then a winner in the Claud Jacobs Challenge.

“I am very happy to have Ali join our team,” Coach Bahnsen said.  “I feel she will be a great addition to our team and will add to our depth. She comes to LSU with two years of college experience that I feel will be a benefit to our team.”

Her two state prep individual championships came in her sophomore (2008) and junior seasons (2009) and she also was victorious twice in the High School All-Star Classic Tournament (2009, 2010). She helped lead the boys’ golf team to a first place finish at the Louisiana Division II State Tournament while finishing third as an individual in her senior season (2010).

Lucas was also a standout player in basketball, earning All-Parish, All-District and All-Acadiana honors her sophomore season after averaging 20 points a game for Notre Dame High.