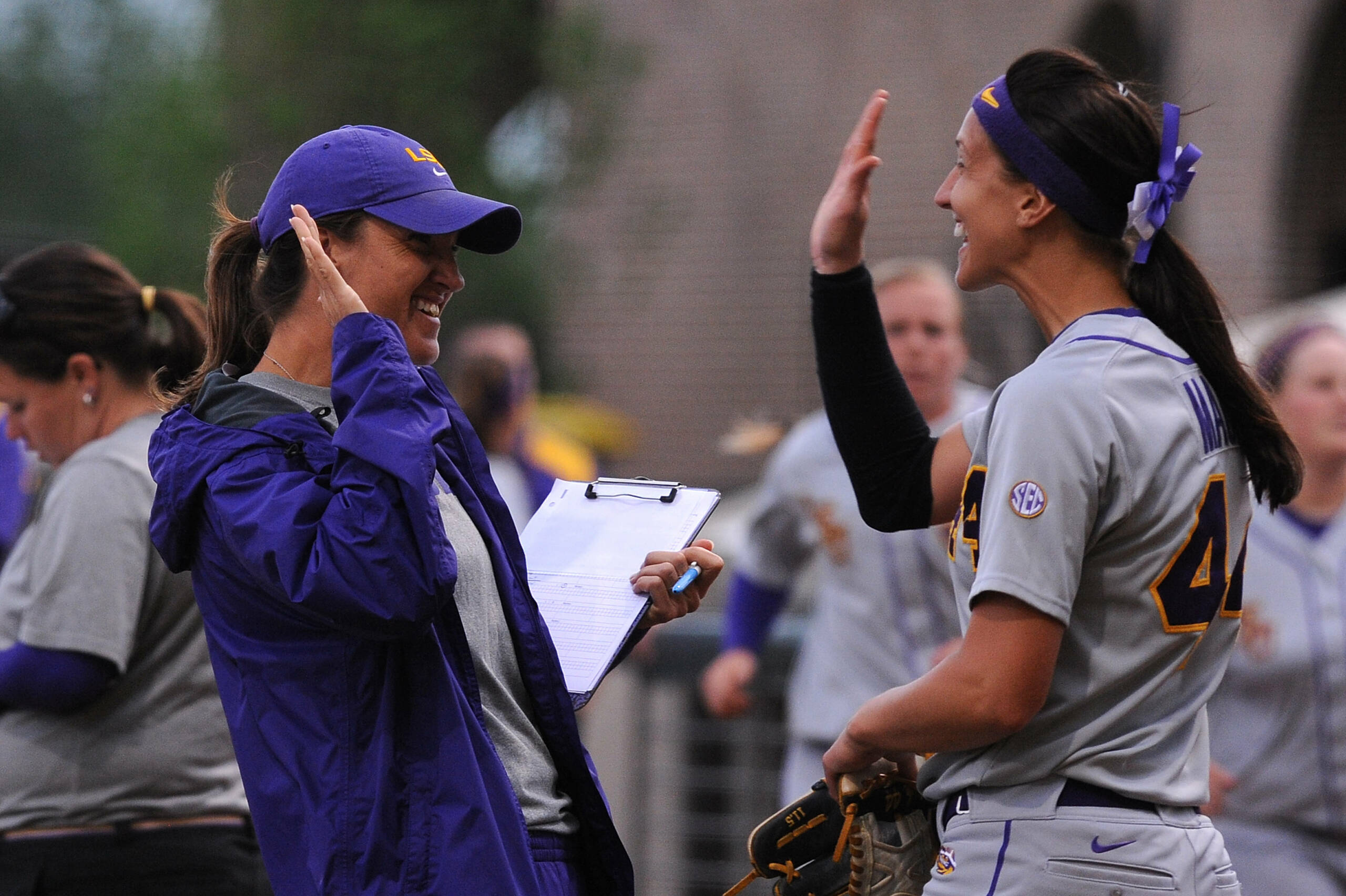 The Pride is based out of Kissimmee, Florida and opens their 44-game regular season schedule versus the defending NPF champion, Chicago Bandits, during a four-game series from June 7-10. The 2012 NPF championship is slated for August 23-26 in Rosemont, Illinois.

Torina assumes the team’s head coaching duties in her third season with the franchise. In her first season as assistant coach, the USSSA Pride captured the 2010 NPF championship. Torina guided LSU to the program’s third Women’s College World Series appearance and ended an eight-season draught at the championship event.

Mack, who signed her pro contract on Wednesday, was the USSSA Pride’s No. 1 overall draft pick in March. The 2011 NFCA Third-Team All-American amassed a 56-26 record, a 1.90 ERA and 602 strikeouts over her four-year career at LSU. The 602 Ks and 56 victories rank fifth and sixth in program history, respectively.

“The NPF creates an amazing opportunity for women in our sport,” Torina said. “These women are so talented and deserve a league to showcase their ability. It is so nice for Brittany to get an opportunity to play in the NPF, and I’m excited that I’ll be able to coach her during this journey. I have the complete confidence that she’ll continue to have the same level of success in the NPF that was able to have at LSU.”

National Pro Fastpitch is headquartered in Nashville, Tennessee. The league, created to give elite female fastpitch players the opportunity to pursue a professional career in their chosen sport, has operated since 1997 under the names of Women’s Pro Fastpitch (WPF) and Women’s Pro Softball League (WPSL).

NPF is the Official Development Partner of Major League Baseball in the category of women’s fastpitch softball since 2002.