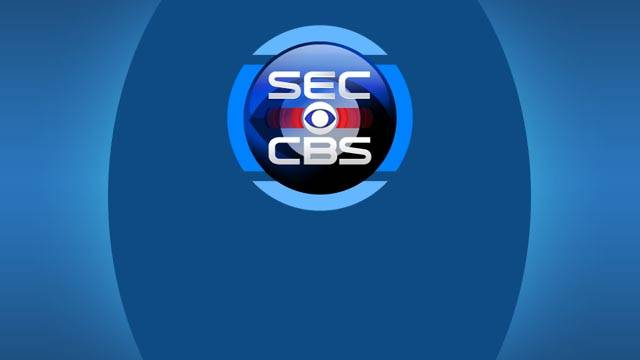 BATON ROUGE – The Southeastern Conference officially announced that LSU’s game against Alabama in Tiger Stadium on November 3 will kick off at 7 p.m. CT and will be televised nationally on CBS.

Wednesday’s announcement came as no surprise as that was one of the stipulations LSU asked for a year ago when agreeing to move its 2011 regular season game against the Crimson Tide to 7 p.m. in Tuscaloosa. LSU won that contest, 9-6, in overtime in what was the second-highest rated regular season game on CBS since September of 1987.

The 2012 season will be the 12th season of national coverage of the SEC by CBS, which includes televising the annual SEC Championship game from the Georgia Dome in Atlanta.

The SEC on CBS schedule features a total of 15 games during the network’s 12-week season, starting with a to be announced matchup on Saturday, September 15.

LSU currently has one other game selected for CBS and that’s the Friday, Nov. 23 contest against Arkansas in Fayetteville.

Last year, LSU appeared on CBS six times, including four straight appearances in wins over Florida, Tennessee, Auburn and Alabama. The six appearances on CBS were the most of any team in the SEC and the most by the Tigers since being featured on the network seven times during the 2007 national championship season.

The only other SEC game announced by CBS on Wednesday was the Georgia-Florida contest on Oct. 27 in Jacksonville. The remaining SEC schedule on CBS will be announced six-to-12 days prior to the broadcast date.