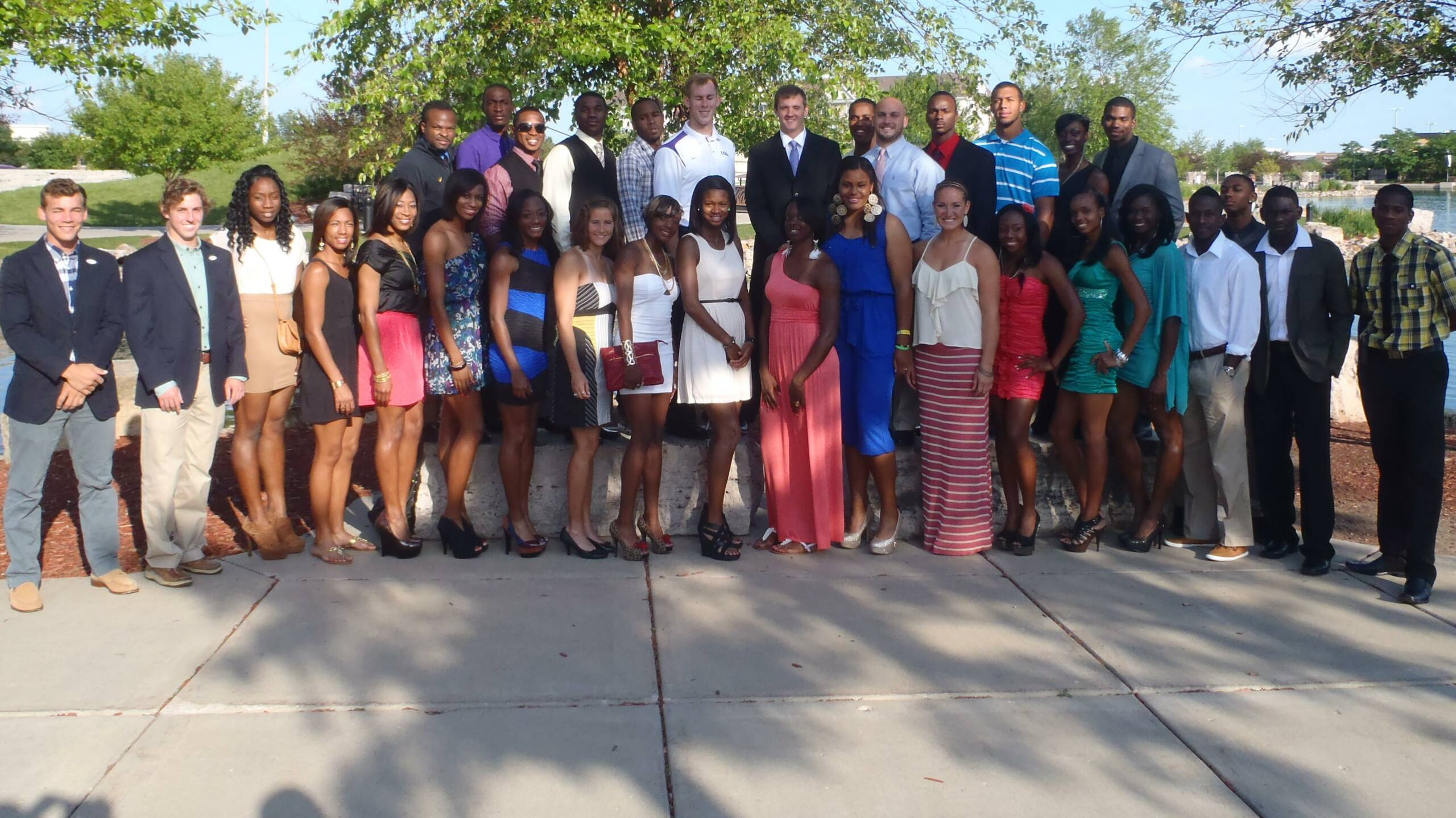 DES MOINES, Iowa – The LSU Track & Field teams have wrapped up two days of training at Drake Stadium and are now ready to make their run at a national championship as the semifinal and final rounds at the NCAA Division I Outdoor Track & Field Championships begin Wednesday at Drake University.

The Lady Tigers also return to the site of their last national championship when they captured the outdoor crown at Jim Duncan Track at Drake Stadium to wrap up the 2008 season. That is when the team scored a total of 67 points for a four-point victory over defending NCAA Outdoor champion Arizona State.

The semifinal rounds of this year’s NCAA Division I Outdoor Track & Field Championships are slated to begin Wednesday at 2:30 p.m. CDT. Thursday’s action is also set for a 2:30 p.m. start, while Friday’s action kicks off at 2 p.m. and Saturday championship finale is scheduled to begin at 10 a.m.

ESPNU will air a live two-hour broadcast of Saturday’s finale from 11 a.m.-1 p.m. CDT as LSU fans will watch the Tigers and Lady Tigers compete for a pair of national championships this weekend.

Live streaming video will also be available online during the first three days of action in Des Moines with NCAA.com streaming Wednesday’s action and ESPN3.com streaming events on Thursday and Friday.

Live results from the semifinal and final rounds of the 2012 NCAA Division I Outdoor Track & Field Championships will be provided by Flash Results and can be found online at www.flashresults.com. Fans can also receive behind-the-scenes coverage of the Tigers and Lady Tigers competing this weekend while liking LSU Track & Field on Facebook and following @LSUTrackField on Twitter.

The Lady Tigers enter the meet as the nation’s No. 1-ranked team for the third-straight week following an impressive victory at the 2012 SEC Outdoor Track & Field Championships held May 10-13. The Tigers are also among the national championship contenders as they boast a No. 2 national ranking from the final U.S. Track & Field and Cross Country Coaches Association Top 25 power ranking released May 29.

“We’re excited about day four of what is a seven-day NCAA meet,” said LSU head coach Dennis Shaver. “Our athletes have really performed to the best of their ability to this point, but our focus is solely on what we need to do here on Wednesday to give us an opportunity for the rest of the week.

“We’ve got a great group of athletes with us this week. This is what they have worked all year to achieve. They understand that these are the moments they’ll always remember as a member of our program.”

LSU has established itself as the most decorated combined track and field program in the country winning 18 NCAA Outdoor Championships all-time between the men’s and women’s teams. The Tigers and Lady Tigers own a total of 31 NCAA team titles all-time between the indoor and outdoor seasons.

While the Tigers have proven to be the most consistent men’s team in the nation over the past 12 seasons, the Lady Tigers have finished outside the top seven in the team standings just once during that span.

LSU Track & Field proved to be the most successful program in qualifying during the NCAA Preliminary Rounds as its 33 total entries is the national leader as teams prepare for the semifinal and final rounds this week in Des Moines. Oregon follows with 30 total entries between its men’s and women’s teams.

The Lady Tigers feature the second-highest representation on the women’s side with their 16 semifinalists this week, trailing only the 18 semifinalists by the No. 3-ranked Oregon Ducks. Stanford trails with a total of 15 semifinalists, while Texas also features a strong contingent with 14 entries this week.

The Texas A&M Aggies have swept the men’s and women’s national titles in three-straight seasons at the NCAA Outdoor Championships with their performance in 2009, 2010 and 2011.

“We certainly have the numbers and the kind of firepower we need to make a run at the title,” Shaver said following Tuesday’s training session. “Our athletes must be ready to match the seasonal-best performance it took to get here the first time they compete this week in order to make it to the next round.”

Note: All marks and places are seasonal bests achieved during the 2012 outdoor season