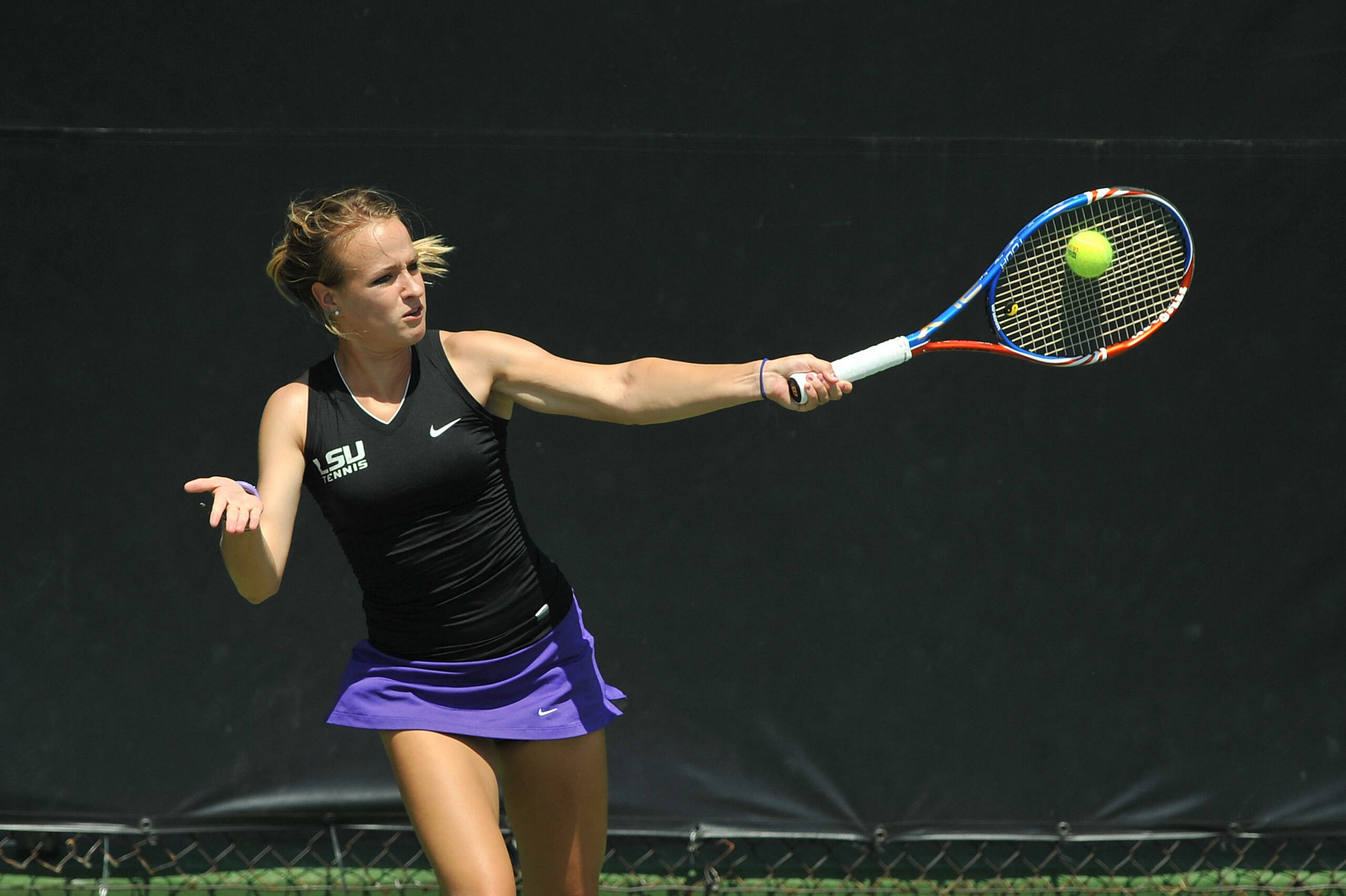 The Bridgewater, England, native enjoyed a breakout senior season in 2012 as she led the team with 20 singles wins dating back to the fall. Howlett also tied for the team lead with 11 dual match singles victories.

She earned SEC Player of the Week honors for the week of March 26 after posting a singles win 6-2, 6-2 against Caitlin Williams to lead LSU to an upset victory over then-No. 12 Tennessee. She went on to defeat Georgia’s then-No.51 Lauren Herring 3-6, 6-3, 1-0 (10-7) in the same weekend for what was her fourth-consecutive triumph.

The men’s and women’s all-state teams were selected by the tennis sports information directors of the state after nominations were made. Under LSWA rules, SIDs could not vote for their school’s players.