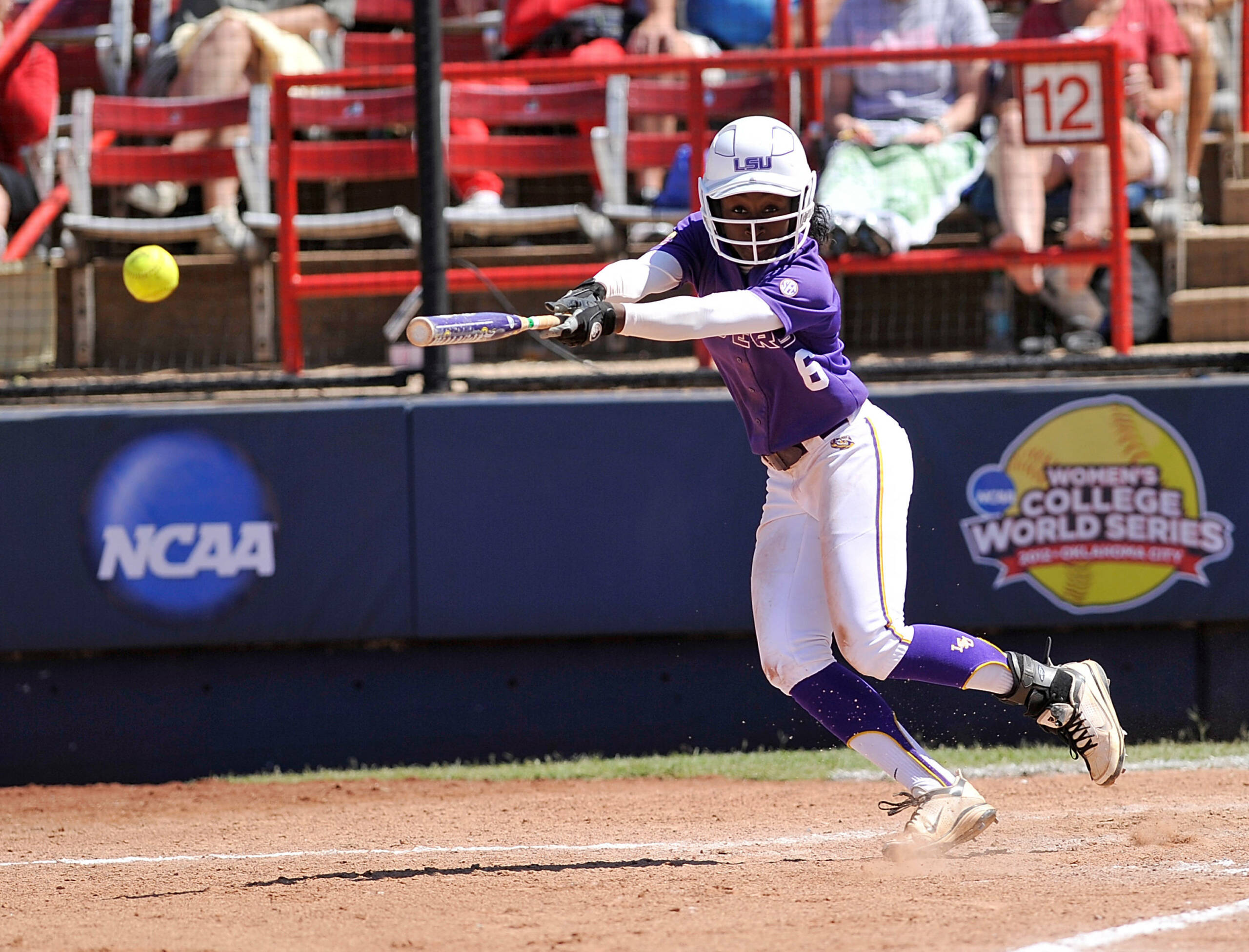 OKLAHOMA CITY, Okla. – The LSU softball team will face South Florida to open elimination Saturday at the Women’s College World Series at the ASA Hall of Fame Stadium. Over the four-game schedule for the day, the WCWS field will be trimmed in half from eight to four.

The June 2 game date is the latest for the LSU softball program. During LSU’s previous two trips to the WCWS, there was no super regional round so the season ended a week earlier.

As a team, LSU is hitting .276 during its 39 wins compared to a .141 ratio in its 23 losses. The Tigers also have outscored their opponents by a 183-34 margin sparked by 22 shutouts. 13 of those 22 shutouts have come starting with a 2-0 win over Mississippi Valley State since March 9.

Ashley Langoni is the only player to start in all 63 games, all coming in left field. She leads LSU’s current roster with 20 NCAA postseason hits sparked by four home runs and 14 RBIs.

Langoni has hit safely in five of LSU’s seven postseason games. She knocked a RBI double in the seventh inning and compiled her team-leading 12th multi-hit performance versus No. 1 California.

For the season, Langoni is LSU’s triple-crown leader with a .271 batting average, six home runs and 31 RBIs. Her 29 career home runs and 132 career RBIs are ranked fifth and seventh on LSU’s all-time list.

Applegate has garnered a team-best .367 hitting clip [7-for-19] with three of her seven multi-hit games coming during the NCAA postseason. She has reached base in nine of her last 12 games highlighted by a season’s best three hits in a 3-for-3 effort with a run scored versus No. 1 California. The three hits allowed Applegate to move into the No. 25 position in LSU history with 140 career hits, passing Sara Fitzgerald [2001-04].

Allison Falcon is second on the team with a .300 batting [6-for-20] during the 2012 NCAA postseason. Her four RBIs also are tied with Morgan Russell for the team lead in NCAA Tournament action. Russell matched a season-high with two RBIs versus Missouri and No. 1 California. Her two-run single with the bases loaded during the second inning gave LSU a 2-0 advantage on the Golden Bears.

Rachele Fico, a NFCA All-American First-Team recipient, has opened the NCAA postseason with a 4-1 mark and an impressive 0.84 ERA. The junior right-hander has allowed four earned runs on 19 hits and recorded 27 strikeouts in her 33.1 frames of action.

Every LSU postseason game will have live audio and live stats inside the Geaux Zone on www.LSUsports.net/live. The games also will be carried live on Country Legends 104.9 FM in the Baton Rouge area with Patrick Wright and Matt Dunaway set to call the action.

Fans can follow every pitch of LSU softball this season via live in-game updates on LSU softball’s social media outlets at www.Facebook.com/lsusoftball and @LSU_Softball on Twitter.