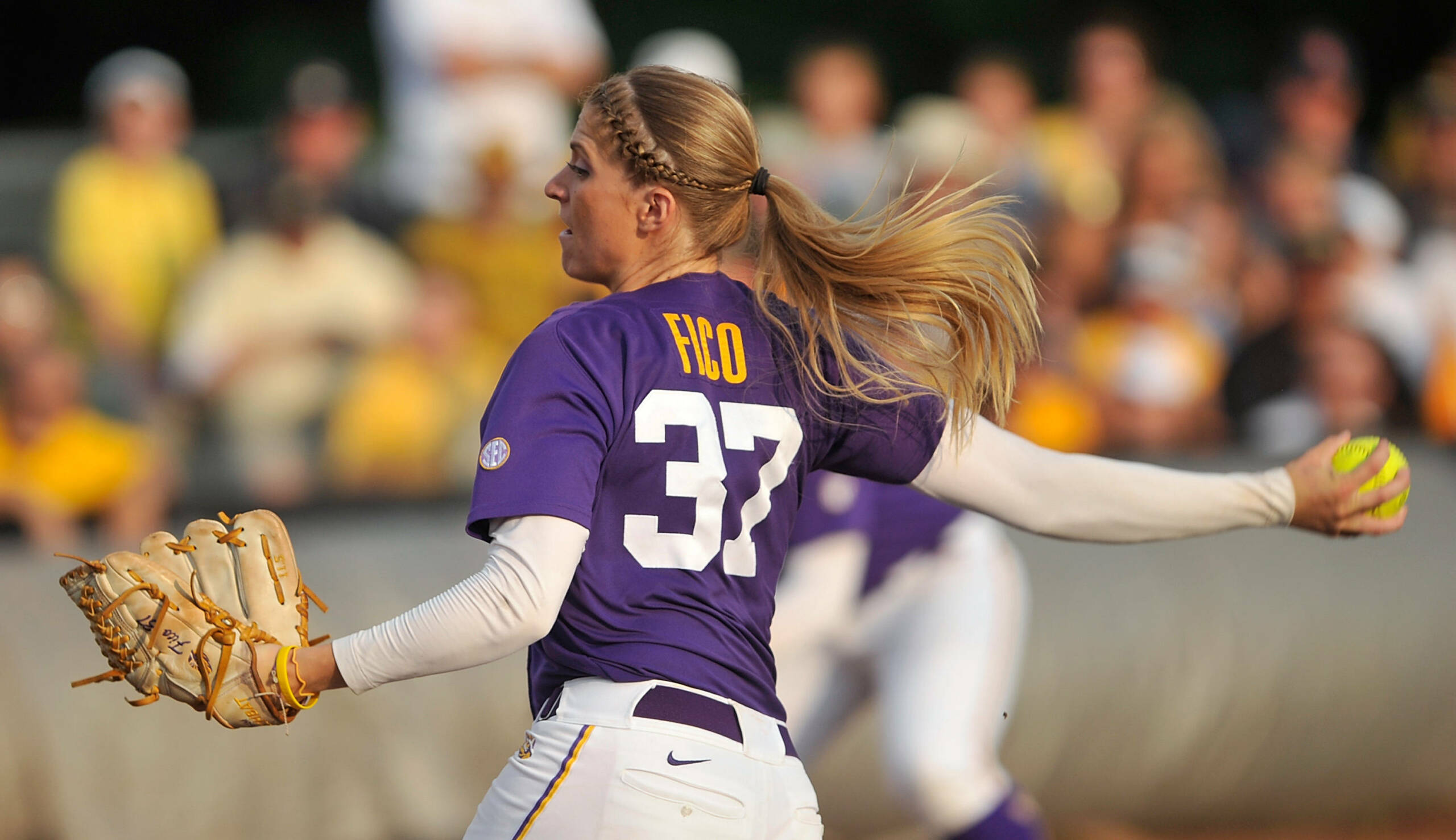 BATON ROUGE – The LSU softball team picked up a quartet of All-Louisiana selections highlighted by Rachele Fico‘s pitcher of the year award Sunday as announced by the Louisiana Sports Writers Association [LSWA].

Four days after being selected as LSU’s 14th NFCA All-American, Fico became the fifth Tiger hurler to notch the state’s top award. Dani Hofer was the last LSU pitcher to earn this honor back in 2007.

During the season, Fico racked up six Louisiana Pitcher of the Week picks during the season. She capped her junior campaign with a 20-13 record and a sparkling 1.12 ERA. She fired 13 shutouts, racked up 221 strikeouts and held opponents to a .183 hitting clip. In Fico’s 13 losses, she received only 10 runs of support.

Fico was joined by Ashley Langoni on the All-Louisiana First Team. She was LSU’s triple-crown winner with a .265 batting average, six home runs and 31 RBIs. Langoni wrapped up her career among the program’s top 10 with 29 career home runs and 132 career RBIs.

Brittany Mack came away with an All-Louisiana Second-Team selection after she put together a 16-12 mark and a 2.12 ERA. She recorded her 600th career strikeout during LSU’s 1-0 victory over South Florida in an elimination game at the Women’s College World Series. Mack turned in signature performances with a four-hit shutout at No. 2 Florida and rolled to 17 Ks versus No. 9 Missouri in game two of the NCAA Super Regionals.

Juliana Santos notched All-Louisiana Honorable Mention status. She finished third on the team with a .250 hitting ratio and 22 RBIs. The Newman, Calif., product was one of two Tigers to produce 40 hits during the 2012 season. Santos finished her career with 99 runs scored to rank 15th in program history.

LSU finished its inaugural season under head coach Beth Torina with a 40-25 record and secured the program’s third trip to the Women’s College World Series. It marked the 14th time in 16 seasons that the Tigers finished with at least 40 victories since softball was reinstated in 1997.