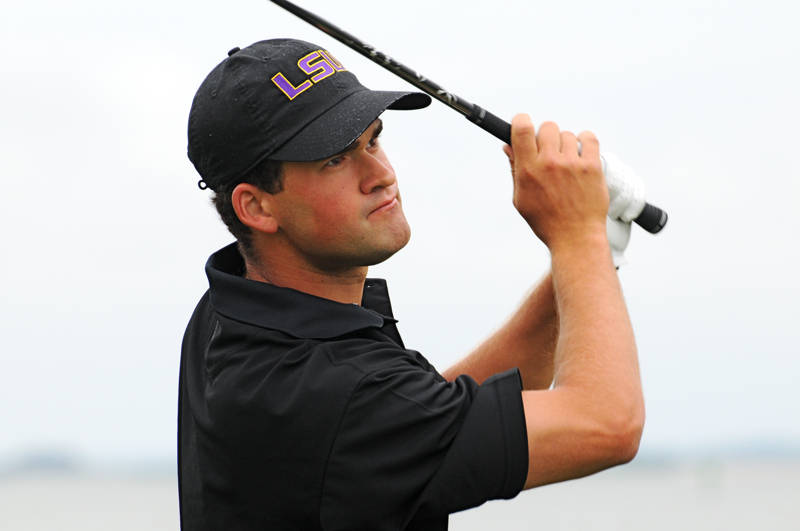 MEMPHIS, Tenn. – Former LSU golfer Austin Gutgsell will make his PGA Tour debut this weekend at the FedEx St. Jude Classic being held at TPC Southwind in Memphis, Tenn., after firing a 6-under par 66 to win Monday’s tournament qualifier held at the East Course at Windyke Country Club.

Former LSU All-American and 2011 NCAA champion John Peterson will join Gutgsell in the field while also claiming one of the four qualifying spots in the 83-man qualifier with his 5-under par 67.

Gutgsell, who wrapped up his collegiate career this spring, opened Monday’s qualifier with an eagle at the par-five first hole and never looked back while firing a winning score of 6-under 66 at the East Course at Windyke Country Club. He dropped to 5-under par for the day with birdies at the par-four fourth, par-three eighth and par-four 14th holes, before carding his only bogey for the round on the par-three 16th hole. But he followed with back-to-back birdies on the par-five 17th and par-four 18th holes for his score of 66.

Gutgsell enjoyed his best season as an LSU Tiger in 2011-12 as he posted a career-low scoring average of 73.0 in nine tournament starts on the campaign. His season was highlighted by a second career win for the LSU National Invitational held March 31-April 1 at the University Club in Baton Rouge.

Peterson is slated to make his fourth PGA Tour start of the 2012 season at the FedEx St. Jude Classic with his round of 5-under 67 to tie for second place overall in Monday’s qualifier.

Peterson made the cut in each of his first two PGA Tour starts of the season while taking home $20,586 in earnings at the AT&T Pebble Beach National Pro-Am and the Mayakoba Golf Classic. He also earned his sponsor’s exemption for the Zurich Classic of New Orleans in his last appearance on April 27-28. He was just one shot back of the cutline at the Zurich Classic of New Orleans.