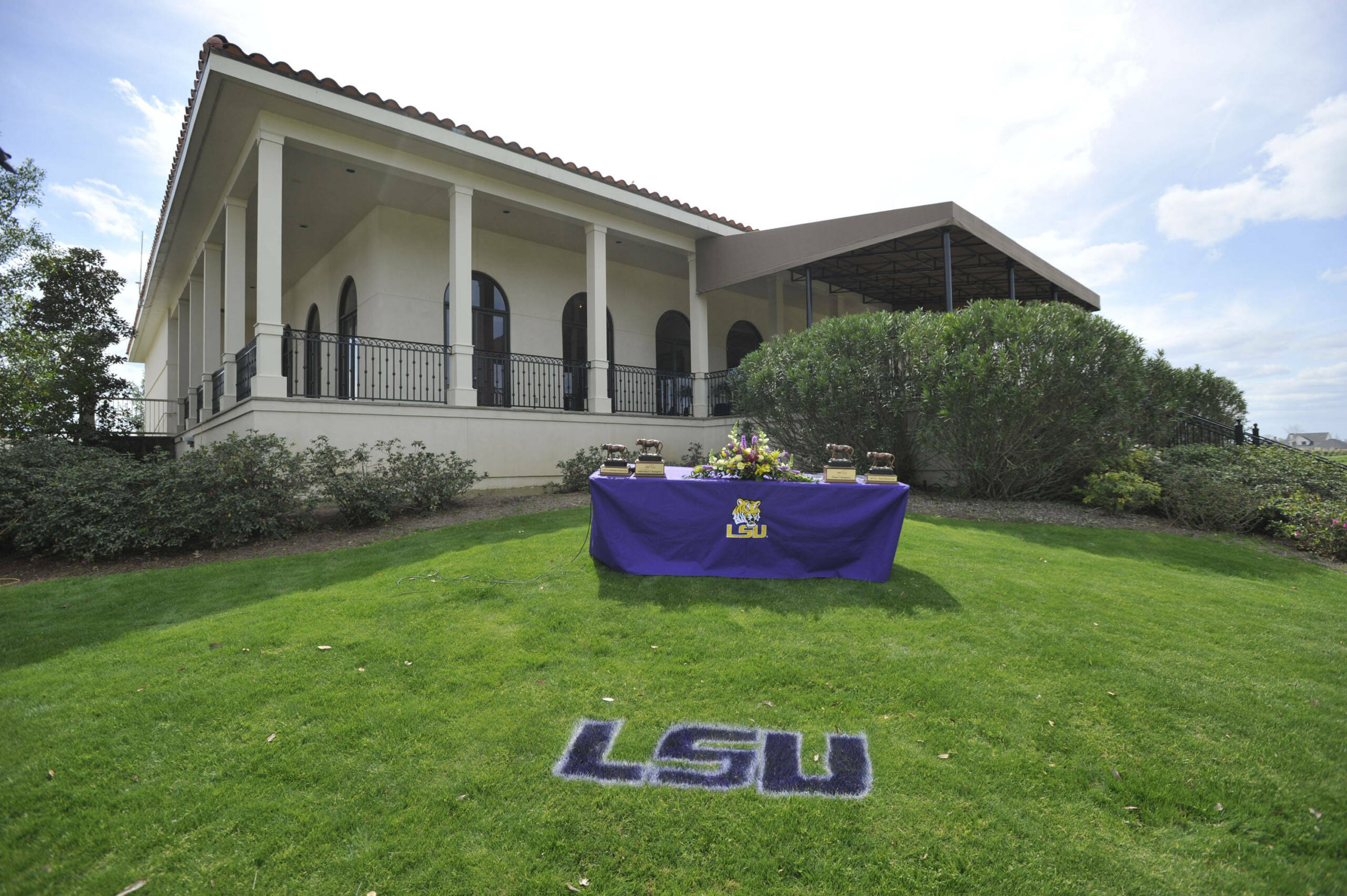 Written by Louis Bonnette
For The Louisiana Sports Writers Association

LSU, which had both its men’s and its women’s golf team in the NCAA regionals and the LSU women in the championships, dominate the 2012 all-Louisiana collegiate golf team as announced by the Louisiana Sports Writers Association.

Named coach of the year for the second straight time was LSU’s Chuck Winstead for the men and Karen Bahnsen for the women.

Named to the women’s team with Ernst were LSU teammates Madeline Sagstrom and Tessa Teachman and Tulane’s Maribel Lopez Porras and Gemma Dryburgh.

Westermann and Fendt are returning team members as are Ernst and Porras.

A first team all-SEC performer, Yi posted a 71.55 scoring average this past season for the Tigers and finished seventh at a NCAA regional tournament.

Ernst, who was also a selection to the team last year as a freshman, had a 73.3 stroke average for the season and finished second in the NCAA west regional’s. The 2011 NCAA champion also earned all-America honors the past year.

Louisiana-Lafayette’s Garon took the newcomer of the year title after posting a 74.09 stroke average and being named to the Sun Belt all-conference team in his first season with the squad.

Centenary’s Winston was the state’s top rookie, posting a 75.2 scoring average to lead his team. He also had three top 10 finishes and was ranked 60th in Division III.

LSU teammates Teachman and Sagstrom joined Ernst on the National Golf Coaches Association all-America team. Teachman finished third in the NCAA national tournament and had a 73.8 stroke average for the year. Sagstrom posted a 73.4 average in her rookie year and was named to the all-SEC freshman team.

Tulane’s Porras was also named to the all-Louisiana squad last year. This past season she posted a 75.36 scoring average and earned all-Conference USA honors. In her rookie season with the Greenies, Dryburgh had a 75.48 scoring average and was her team’s leading scorer in a NCAA regional tournament.

LSU’s Gahm, a transfer from Indiana, posted a 76.4 scoring average this past season.

Winstead coached the LSU Tigers to a No. 23 national ranking the past season, his team winning three tournament titles along the way. The Tigers were also in the NCAA regional’s for the fifth year in a row.

Bahnsen took the Lady Tigers to the NCAA championship where they finished third. The team won four tournament titles during the full year.