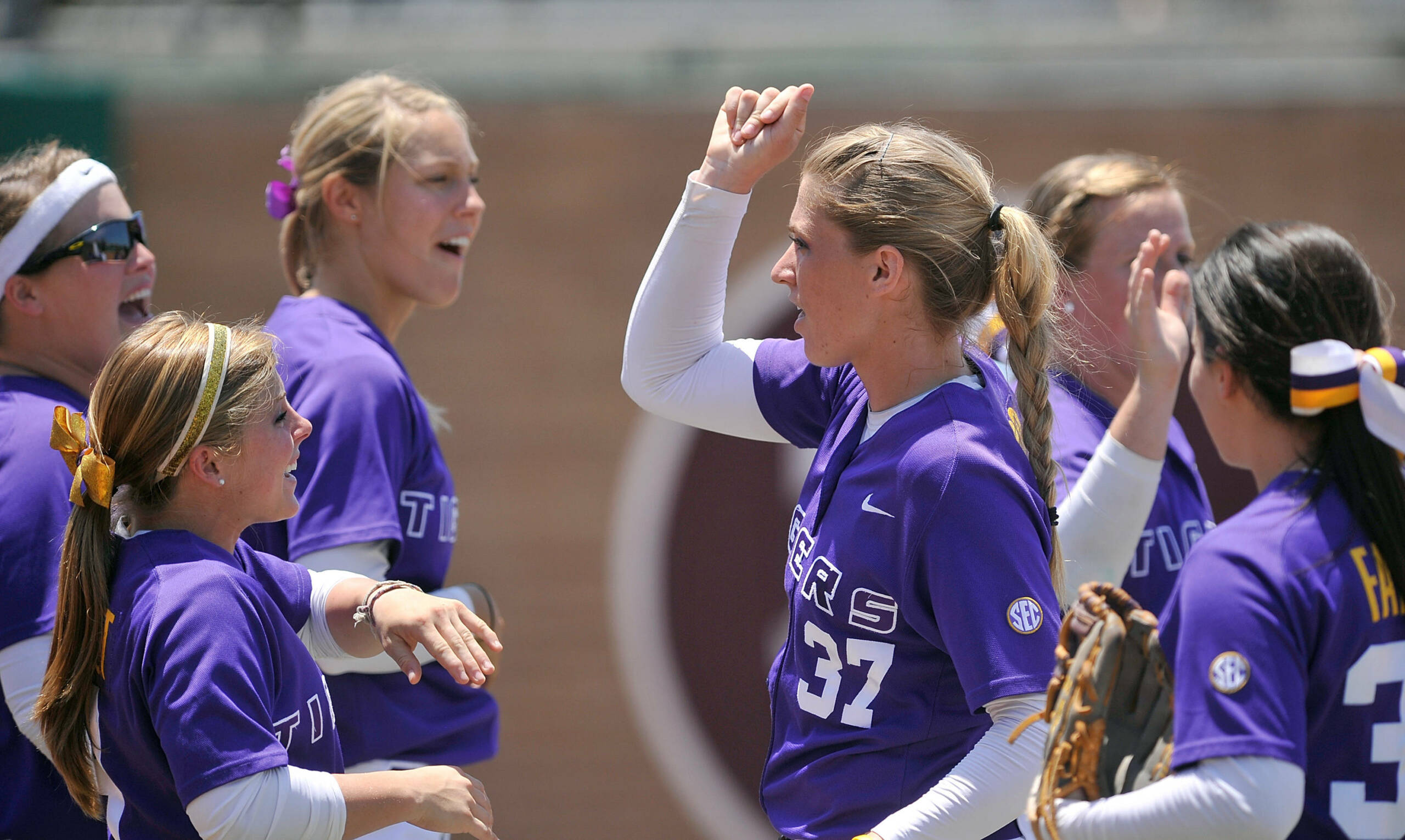 Fico was the unanimous choice for the NCAA College Station Regional Most Valuable Player. For Mack, it was her second straight season selected to an NCAA All-Regional Team.

The Fico-Mack combo limited opponents to one run on seven hits and a paltry .101 average for the weekend. The pair also racked up 19 strikeouts as LSU punched its first ticket to the NCAA Super Regional round since the 2007 season.

Fico kept the Tigers in the winner’s bracket with consecutive two-hit shutouts over Texas State and Texas A&M. Her 0.92 ERA and 13 shutouts are ranked second and fourth in the nation, respectively.

Falcon paced LSU’s offense with a .375 batting average. Her RBI single during the first inning of Saturday’s winner’s bracket contest with Texas A&M put the Tigers on the scoreboard. The Donaldsonville native also scampered home with the game’s first run during Sunday’s regional championship contest.

Heyward, who was making her first start since April 17, ignited LSU with a leadoff single in the seventh inning of its 1-0 walk-off win over Texas State. She crossed the plate on Juliana Santos‘ RBI single. The 2011 SEC All-Freshman pick also drew a pair of walks and stole a base.

LSU squares off with another future SEC rival and meets No. 9 national seed Missouri at the NCAA Columbia Super Regional. The three-game series to determine a spot in the Women’s College World Series starts Saturday at 6:30 p.m. and will be televised on ESPNU. Live video also is available on ESPN3.com with Cara Capuano and Garland Cooper serving as the broadcast team.

*= Fico was a unanimous choice for the NCAA College Station Regional Most Valuable Player.