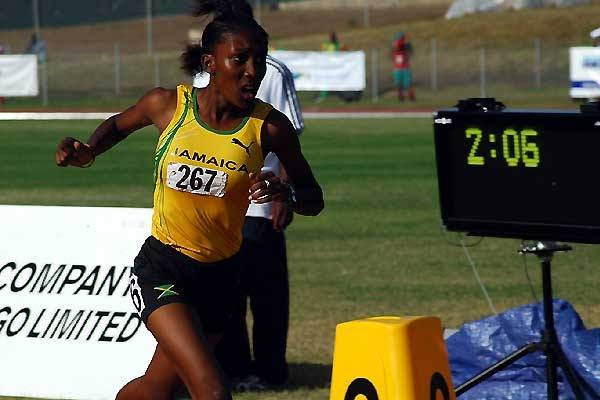 Their performance helped the Lady Texans take home the 23-point victory over Iowa Central Community College with 184.5 points in three days of competition on Tuesday, Wednesday and Thursday.

Goule is arguably the top middle distance runner that will join the NCAA Division I ranks in 2013, as she as set lifetime personal records of 51.52 in the 400-meter dash and 2:01.45 in the 800-meter run during an impressive two-year career as a 10-time NJCAA event champion at South Plains College.

Emanuel has proven herself as the top jumps prospect in the junior college ranks in her two years at South Plains College as he will join the Lady Tigers as a three-time NJCAA champion.

She won her first career NJCAA Outdoor crown in the triple jump on Wednesday afternoon after setting a series-best effort of 41 feet, 1 ¾ inches to take the victory by nearly one foot ahead of second place. Emanuel then defended her NJCAA Outdoor gold medal in the long jump on Thursday as she soared for a winning wind-aided jump of 20-1 to retain her title by just over one inch.

A native of North Charleston, S.C., Emanuel has built an impressive resume in her two-year tenure with a South Plains program that is the leading program in the junior college ranks. She has recorded best efforts of 20-5 in the long jump and 43-10 in the triple jump as an emerging talent in the horizontal jumps.

Tracey also took home NJCAA All-America honors with her silver-medal winning runner-up finish in the 400-meter hurdles as she clocked a 2012 seasonal best of 58.62 in Thursday’s national final. Tracey was a member of the winning 4×800-meter relay team for South Plains as she also teamed with Goule to run the winning time of 9:06.00 in the finals to finish nearly 10 seconds ahead of Iowa Central (9:15.17).