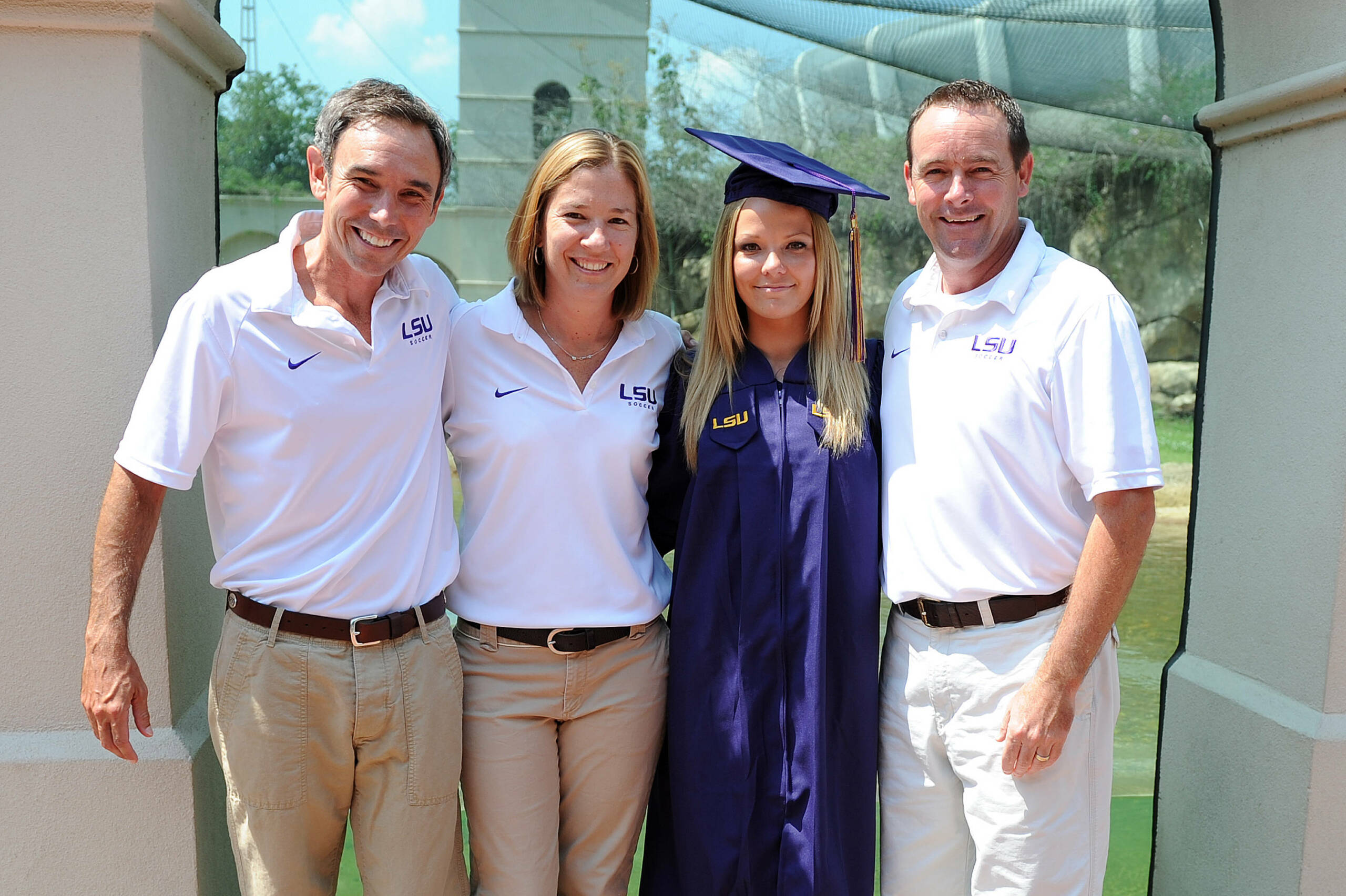 BATON ROUGE – On Friday morning, LSU Soccer’s All-SEC duo of Taryne Boudreau and Natalie Martineau officially closed the books on their collegiate careers and opened a new chapter of their lives as college graduates following commencement ceremonies held on the LSU campus.

Each fulfilled their educational requirements to earn a degree from LSU as Boudreau earned her degree in general studies and Martineau graduated with her degree in French.

They join two other LSU Soccer seniors who have earned their degrees during the 2011-12 academic year as seniors Allysha Chapman (biology) and Mo Isom (mass communication) graduated in December.

Boudreau was the team’s leading scorer during the 2011 fall campaign as she set career-highs with her 12 goals and 30 points while earning First-Team All-SEC honors for the first time in her collegiate career. Martineau was equally as impressive on the offensive end as she score four goals and gave a team-leading 10 assists on the campaign while taking home Second-Team All-SEC honors for her effort.

A native of Sherwood Park, Alberta, Boudreau scored 21 goals and dished out 19 assists for 61 points in a brilliant career with the Tigers from 2007-11. Martineau tallied nine goals and 11 assists for 29 points in a pair of successful seasons with one of the SEC’s elite programs in 2010 and 2011.

Each will now embark on a professional career as Boudreau has joined the Santa Clarita Blue Heat for the United Soccer Leagues W-League, while Martineau will take her talents Down Under and compete with a strong Melbourne Football Club franchise in Australia for next season.

“I’m very proud of both Taryne Boudreau and Natalie Martineau, as they have been equally driven on the field and in the classroom to achieve what they have achieved today,” said LSU head coach Brian Lee. “Carole Walker and the staff in the academic center deserve special recognition as they have helped these young women achieve at the highest level in the classroom while graduating today.”

Like her fellow Canadians, Chapman has kicked off her professional career in Sweden as she competes as a standout with the club IK Sirius. Isom is currently in graduate school at LSU.

“We’re on a three-year trend where more than 50 percent of graduating seniors in this program will finish their degrees in three and a half years,” Lee said. “Our APR has seen a gradual increase over the last seven years, and will peak this year at 1.000. Our academic services are the very best in the country as the student-athletes who come to play soccer for us will graduate.

“Most of the time our players will graduate early and either play pro soccer, join the work force or head to graduate school with a firm support system in place to achieve great things for the rest of their lives. It’s a determined focus of our program at LSU for which we are all very proud.”