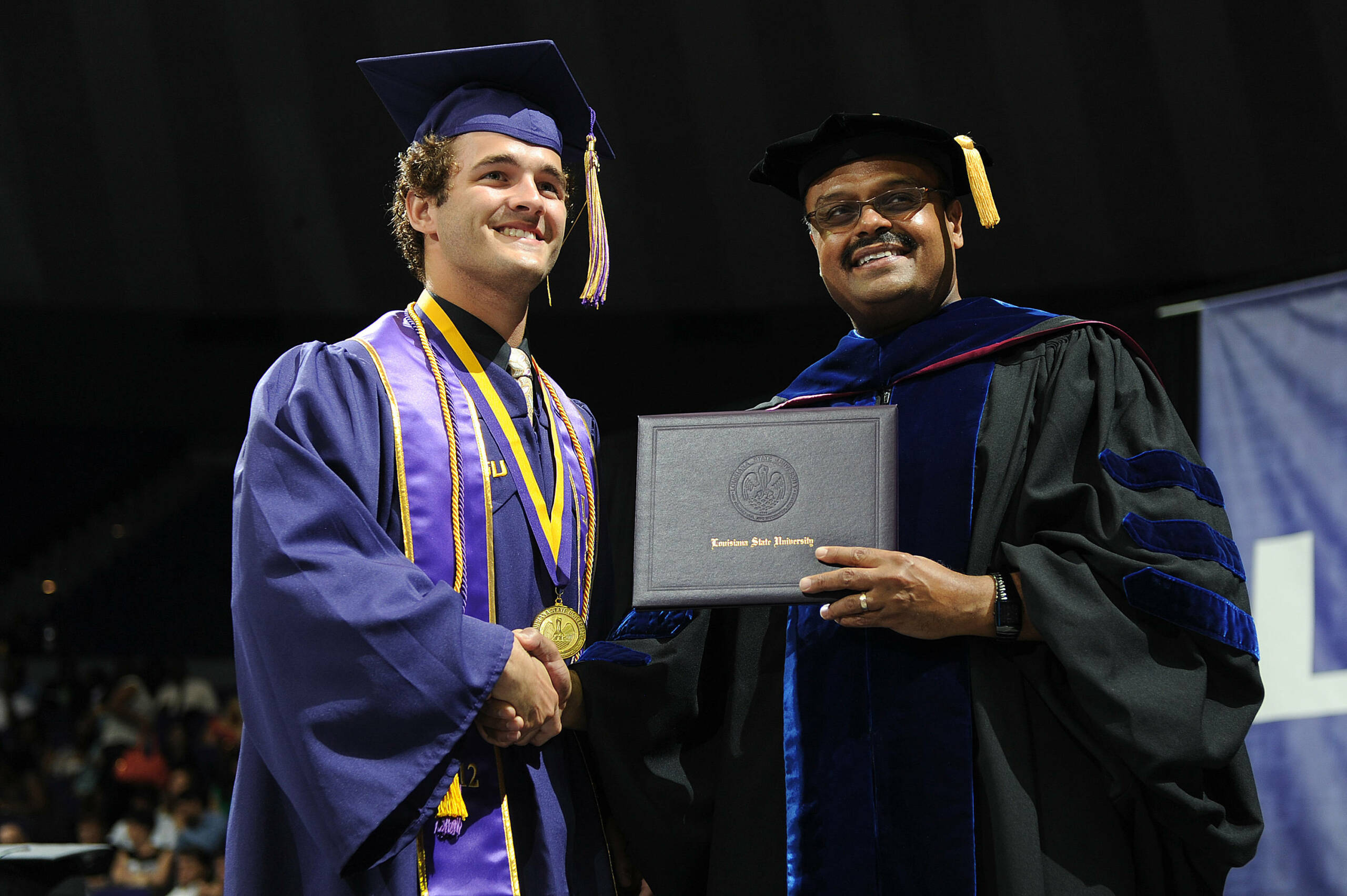 BATON ROUGE – LSU awarded 61 undergraduate degrees and one master’s degree to student-athletes on Friday as the university held its spring commencement on campus.

In baseball, Austin Nola, Grant Dozar and Beau Didier were with the Tigers in Columbia, S.C., facing the Gamecocks while graduation exercises were taking place on campus.

Headlining the list of football graduates included wide receiver Demetrius Byrd, who was a starter during LSU’s national championship season in 2007 and quarterback Jarrett Lee, who helped the Tigers to the conference title and a 13-1 record in 2011.

The list of men’s basketball graduates includes four players who started during their career with the Tigers – Storm Warren, Justin Hamilton, Chris Bass and Malcolm White.

Katelyn Rodrigue from the women’s track and field team received a Master’s degree in communication disorders.