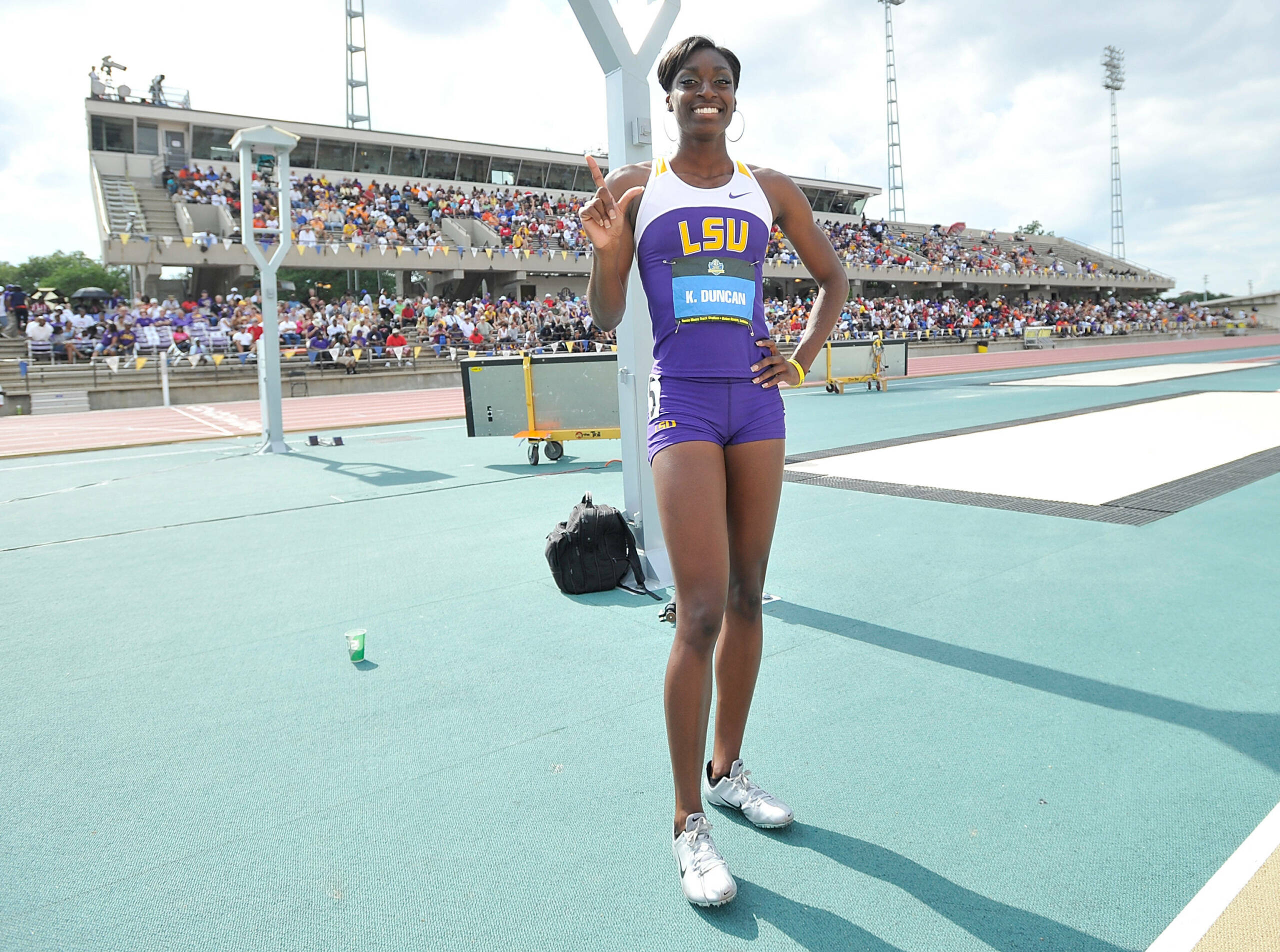 Shaver coached the Lady Tigers to their fifth SEC Outdoor team title in six seasons with a 23.5-point win over Florida as they piled up 161.5 points in four days of competition at Bernie Moore Stadium.

The LSU women have now won three-straight SEC Outdoor titles in 2010, 2011 and 2012 after winning a pair of team championships in 2007 and 2008 under Shaver’s direction. The Lady Tigers captured their league-leading 13th SEC Outdoor crown all-time with their highest point total at the SEC Outdoor meet in 19 seasons when they scored 173 points in 1993. They have now claimed 25 SEC championships during a long and storied history that also includes 12 SEC Indoor titles all-time.

Duncan, who is a favorite to take home The Bowerman this season, was the catalyst in leading the women to the team title as she swept 100-meter and 200-meter titles in record-setting fashion and anchored the Lady Tigers to a defense of their league title in the 4×100-meter relay. She was the top scoring Lady Tiger with 22.5 points on the weekend in leading the team to victory.

Duncan shattered the SEC Championships meet record in the 100-meter dash and set a personal best in an amazing run of 10.96 seconds (+1.9), eclipsing the previous meet record of 11.03 set by Olympic silver medalist Kerron Stewart of Auburn in 2003 and her own Bernie Moore Track Stadium record of 11.05 set just a few weeks ago at the LSU Alumni Gold meet held on April 21.

She then followed with a dominating victory in the 200-meter final as she defended her title with a career-best wind-aided run of 22.12 (+2.6) to solidify her national lead in each event.

Duncan shared SEC Women’s Runner of the Year honors with Florida’s Genevieve LaCaze, who won the SEC Commissioner’s Trophy as the top individual point scorer of the meet, with a historic distance sweep of SEC distance titles in the 1,500 meters, 3,000-meter steeplechase and 5,000 meters.

Ernest has proven himself as a rising sprint star during his rookie season with the Tigers as he claimed his second and third All-SEC honors of the 2012 season with a pair of SEC runner-up finishes on Sunday.

Ernest was the team’s top point scorer on the weekend as he won silver medals in both the 100 meters and 200 meters while totaling 16 points to lead the Tigers to a second-place finish in the final men’s standings at the 2012 SEC Outdoor Championships. He set a new personal record of 10.23 (+1.6) to take silver with the 100-meter dash, before adding a second silver medal in the 200-meter dash with his career-best windy run of 20.39 to rank No. 6 among all sprinters in the NCAA this season.

The Tigers and Lady Tigers will now turn their attention to the NCAA Championships, as they make their trip to Hodges Stadium in Jacksonville, Fla., on May 24-26 for the NCAA East Preliminary Rounds being held at the University of North Florida with the first and second rounds of the national meet.

The semifinal and final rounds with the 2012 NCAA Division I Outdoor Track & Field Championships in Des Moines, Iowa, are scheduled to run June 6-9 at Drake Stadium at Drake University.