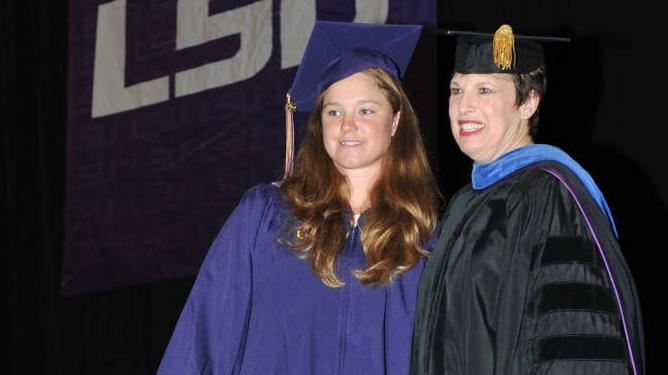 BATON ROUGE – On Friday they received their diplomas. On Saturday they were with the nationally-ranked LSU Women’s Golf Team on a plane to Franklin, Tenn., to begin final preparations for next week’s NCAA Division I Women’s Golf Championships.

LSU four-year letterman Jacqueline Hedwall and Tessa Teachman received their diplomas Friday as they will then turn toward their third start for each in the NCAA Division I Championships at the Vanderbilt Legends Club that begins on Tuesday and runs through Friday.

Hedwall and Teachman will join a special group of now just eight LSU women’s golfers who have participated in at least three NCAA D1 Women’s Championships. Last year’s team, with Hedwall and Teachman, in the five-player group, posted the team’s best ever showing of third place, eight shots behind winner UCLA.