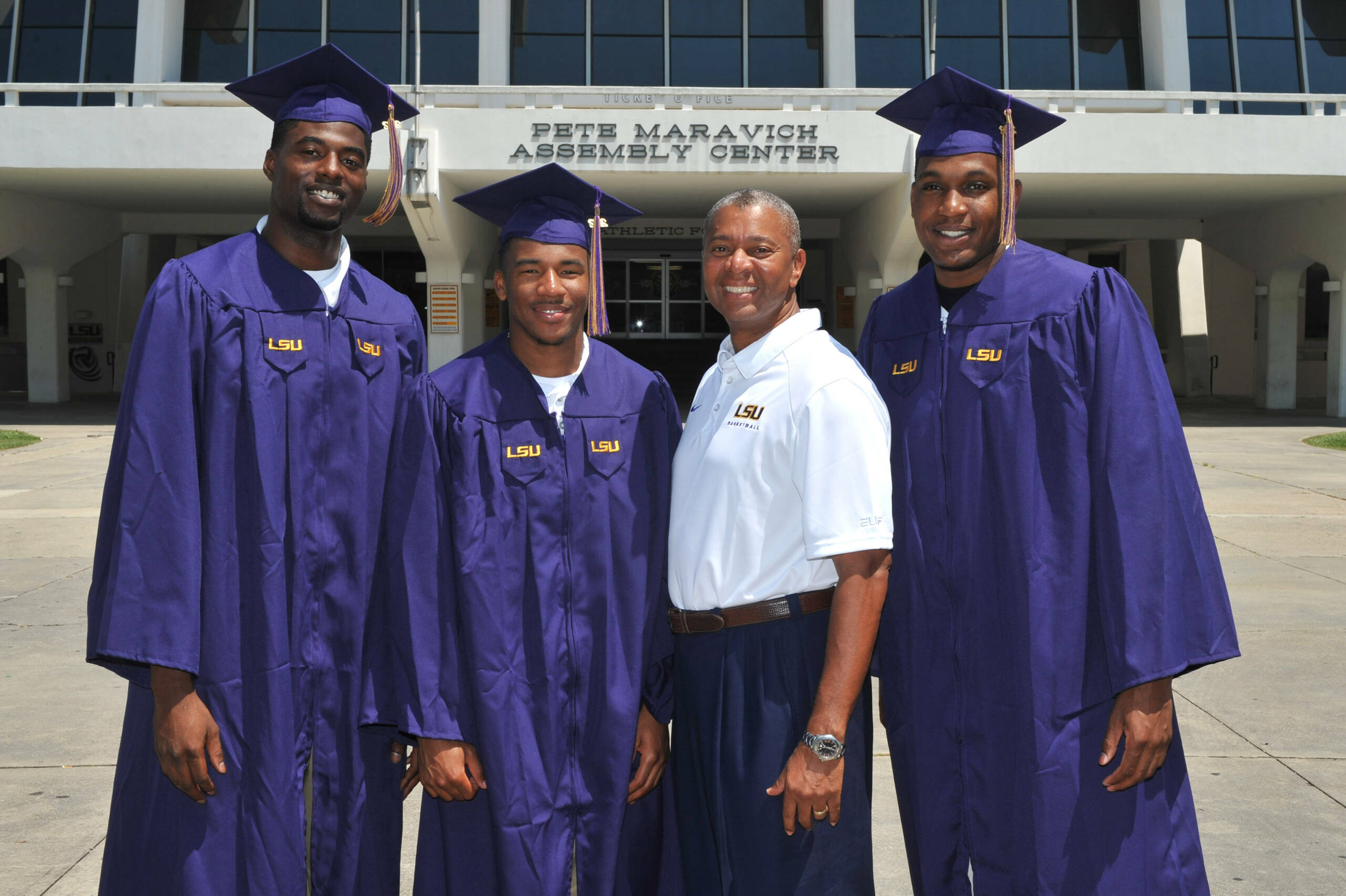 BATON ROUGE – On commencement Friday on the LSU campus, four members of the LSU men’s basketball program received their diplomas in ceremonies held throughout the day.

Two of the players, Chris Bass and Storm Warren, played all four years for the Tigers, while Malcolm White played two seasons and Justin Hamilton one.

Baton Rouge native Chris Bass, the brother of NBA star Brandon Bass who is involved in the playoffs at the time, graduated from LSU with a degree from the College of Humanities and Social Science in Interdisciplinary Studies. Bass last December was one of 17 student-athletes nationwide to garner a 2011 Academic Momentum First Team award Thursday as announced by the Scholar Baller program in conjunction with the National Consortium for Academics and Sports (NCAS).

Warren, from Monroe, is graduating with a degree from the College of Education with a degree in Sports Management. Like Bass, he was as a freshman a member of the 2009 SEC Championship team and joins Tasmin Mitchell, Alex Farrer and Garrett Temple off that team to receive their degrees from LSU.

Malcolm White, who transferred from Ole Miss, after his sophomore season, spent three years at LSU and received his degree from the College of Humanities and Social Sciences in Interdisciplinary Studies. White is from Baton Rouge and prepped at St. Helena High School.

Hamilton was on the LSU campus for two seasons after transferring from Iowa State, earning All-SEC honors this past year for his play at center for the Tigers. He received his degree from the College of Humanities and Social Science in Sociology. Hamilton is a native of Alpine, Utah.